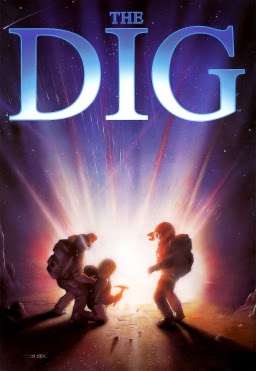 The Dig -- A Tale of Three Idiots and Some Archaeology

I’ve known for a long time that The Dig needed to go in my Myst review series, despite seeming, on the surface, like a refugee from an entirely different genre. I mean, we’re talking about a 1995 point-and-click adventure game from LucasArts, a relic from the days when a character’s face was blotchily constructed from seven or eight massive pixels and gamers didn’t need a fanfare and a meaningless “Achievement” every time they clicked on a thing. Yeah, The Dig may be a weird third cousin on Myst’s family tree, but step back and study the parallels. We find ourselves stranded on a strange world, solving puzzles across a series of interconnected islands, blowing the dust off age-old machinery and compiling an account of the mysterious world-builders who came before...see what I mean? The Dig is a proud third cousin indeed, merely exchanging the tropes of fantasy (worlds being written into existence) for science fiction (super-duper-duper advanced alien technology). It’s cool as fuck. If you can get around the slow, boggy bits.

Wrapping one’s mind around the pacing of an old-school point-and-clicker takes a little time. The Dig starts slow and never picks up momentum, even when you have to save somebody from a giant spider-monster. Myst was just as sedate, but with Myst, you never felt like you were in danger. With The Dig, it’s all spider-monsters and murderous Bavarians, but you still have time to meander through the entire gameworld looking for a lump of pixels you missed. This blasé approach to peril begins with the discovery of an asteroid headed for Earth. Yawn. NASA cobbles together a team to, you guessed it, divert the rock by planting bombs on its surface. Thus, the intro sequence consists of floating slowly around in spacesuits and engaging in tedious dialogue trees. Things get more interesting when the “asteroid” reveals itself to be some kind of advanced alien craft. Three cosmonauts are catapulted into the final frontier: the ridiculously named hero, Commander Boston Low, and his colleagues, journalist Maggie Robbins and scientist Ludger Brink. Don’t ask how they prepped two civilians for astronaut duty in less than a month. The prologue barely matters. 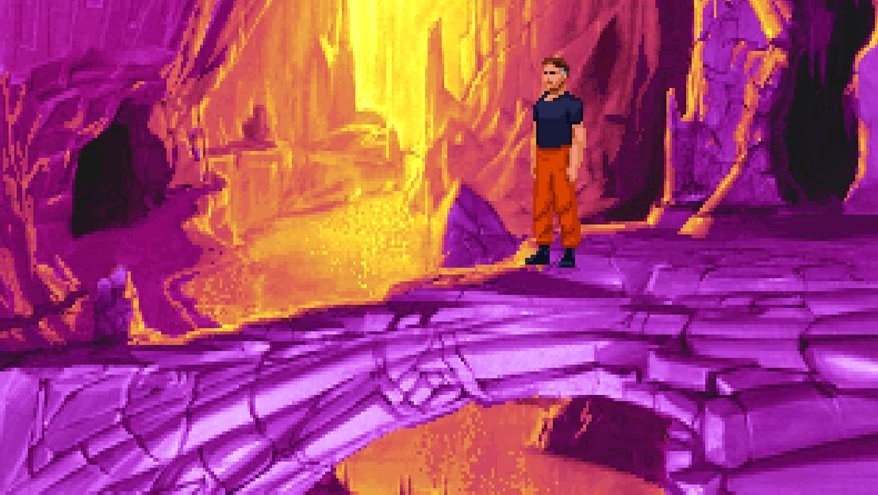 What matters is where Low, Robbins, and Brink end up: a barren, seemingly lifeless planet that gradually blossoms into a place of great beauty and mystery. Huge kudos to the gamemakers for crafting an alien world that seems alien. The lighting, the rosy color palette, the very geometry of the place...wow. Everywhere you explore is visually compelling, even with the aforementioned grapefruit-sized pixels, and thank the gods, because Boston Low is destined to wear out his NASA-issued shoes hiking from scenic view to scenic view. Another nice touch: the characters are swiftly engaged, not in survival or alien-squashing, but in archaeology. Ancient alien technology sprouts here and there, organic as the rocks themselves. Who built it? Where’d they go? Is the ghost in the machine (both literal and metaphysical) issuing an invitation...or a warning? The humans discover a type of crystal that reanimates the dead -- with, shall we say, alarming side effects. This foreshadows gradual revelations about the aliens themselves, and the game’s presentation of its aliens makes me swoon. I won’t spoil too much about them, but they ain’t Star Trek types, that’s for sure. They are strange, eerie, and wholly unique. In the best of ways.

For a computer game, The Dig succeeds at being pedigree sci-fi in its own right. Based off an idea for Steven Spielberg’s Amazing Stories TV series, with dialogue penned by the venerable Orson Scott Card (well, venerable until he commenced with all the gay-bashing, cough cough), it takes itself very seriously indeed, and gets away with it. The gameplay is fine, if meandering. The Dig has been both praised and criticized for having unusually difficult puzzles, and...well, maybe it’s because I’ve played it more than once, but I don’t really agree. Most of its puzzles can be untangled through simple trial and error, and usually, when I get stuck, it’s because I’ve overlooked something stupidly obvious. (Oh, I’m supposed to hold the button instead of just pressing it!) Okay, yes, your inventory winds up clogged with inscrutable single-use knickknacks, and at times, you may be reduced to rubbing every item against the latest puzzle-related thingummy while Boston laments, “It won’t do anything!” over and over. And, yeah, the game’s mechanics make some puzzles a pain in the ass (that fucking planetarium...). But at least everything ties together in a neat logical bow; like Riven, the puzzles are thematically connected and serve a purpose beyond merely padding the run time. 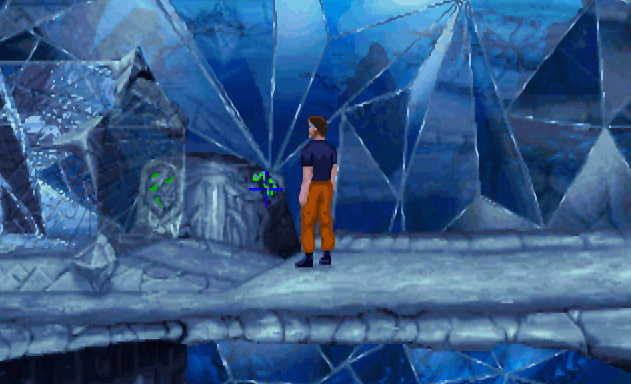 Now. Know one of the great things about the Myst games? With minor exceptions, you spend them alone. The luxury of exploring strange new worlds without someone bitching in your earpiece is, I’m afraid, somewhat absent from The Dig. After all, Boston has his two fellow stooges, Robbins and Brink, and while they at least have the decency to vanish for chunks of the story, their existence adds little beyond a headache. Why did they have to be so unlikeable? What was wrong with depicting a trio of friendly humans making amazing discoveries while getting along? (For an example of a similar scenario done right, see the amazing indie treasure that is Waking Mars.) Robbins and Brink seem to have come from a mail order catalogue of annoying archetypes: the Acerbic Female Reporter (responds to every prompt with icy sarcasm!) and the Humorless German Douche (guaranteed to turn evil and/or insane!). I really wish the game’s other two supporting characters wound up space-marooned with Boston instead, but, no, they vanish forever after the prologue. Boston, at least, makes a perfectly tolerable protagonist; as voiced by actor Robert Patrick, he’s a humble working man who takes a pragmatic approach to his extraordinary situation. Weirdly, though, I wish the game didn’t have recorded dialogue at all, because I read faster than they talk. Not helping matters are the low-rent animated cutscenes that make Saturday morning cartoons look like Miyazaki. Must the glorious alien vistas be broken up by such crude snippets?

I can be mean. But The Dig is definitely a worthwhile endeavor for the patient gamer. I didn’t dig it as much the second time (hardy har har), and I think that’s because a game like this benefits from the sense of awestruck discovery. Imagine what it would be like to visit an alien planet! I’d go in a heartbeat, provided I could get back, and that’s why I respect The Dig for its thoughtful, almost joyous take on sci-fi. Yeah, its ending is a bit too upbeat (somebody basically waves a magic wand and makes everything all right again), but I like what it implies, how it suggests a future for humankind and alienkind that doesn’t involve explosions and death rays and the usual bullshit. Just as the Myst games relish the simple joy of exploration, so too does The Dig. That’s why I hope it doesn’t vanish from the annals of gaming history. It offers a world unlike any other. 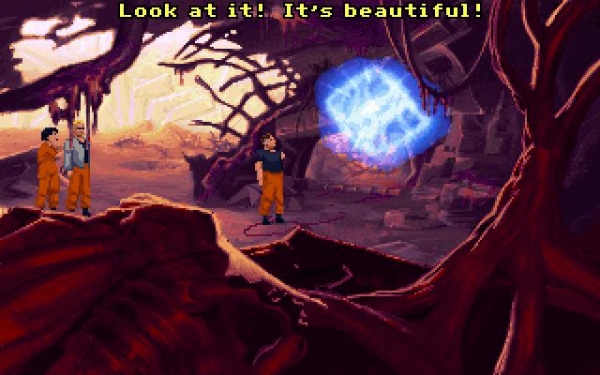