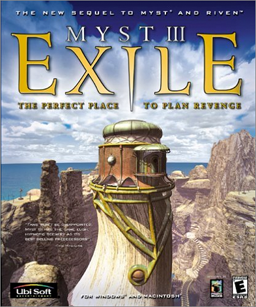 2001. I was not in any way expecting a third game in the Myst series, because I’d read an interview with Rand and Robyn Miller and they were like, “Yeah, no, Riven is the last one.” Out of the blue, a friend of mine mentioned to me that he’d seen Myst III was out, and I was all like, “bullSHIT.” Then I went to Staples and saw that he was right, and on the spot, I convinced my mother to buy me the game as an early birthday present. I was an only child, so I got away with that kind of shit. You can’t imagine how thrilled I was to discover a new Myst game. But it was my favorite kind of enthusiasm, the cautious kind. The game had been made by a new studio with little input from the original creators (although Rand Miller did return, probably with a long-suffering sigh, to play Atrus). The screenshots on the box looked awesome, but would the game be worthy of its pedigree, or would it dumb the series down? Or bloody it up?

My verdict is that Myst III: Exile is not as good as Riven, largely because it did what Riven was careful not to do: it just copied Myst. That said, Exile is still very good. It finally updated the gameplay somewhat! The biggest addition was a 360-degree camera; you still move by fading from one scene to the next like a ghost, but you can look all around you at any point and even rotate the view while being talked at by characters in cutscenes. This allows the game to show off its awesome graphics (actual moving clouds!) and ambient sound design. I say, thank God the new developers improved on what was already good in the series, rather than trying to reinvent it. In terms of its puzzles, Exile is considerably easier than Riven (or seemed that way; maybe I’d just gotten older and smarter). Once again, you’re visiting an episodic series of Ages, each of them an isolated island in the midst of an endless ocean. However, the creative team behind the game clearly threw their minds into the process, broadening the possibilities of what comprised an Age of Myst and giving us some striking images.

How to continue the story? Spoiler alert: at the end of Riven, the Stranger (you) is sent home, your work in the Ages complete. The makers of Exile chose to ignore this and pretend you and Atrus have remained buddies this whole time. As the new game opens, you drop by to visit Atrus and Catherine, who now live in a world called Tomanha. You’re there to make goo-goo noises at their new baby daughter, but also to check out the cool new Age that Atrus has written. A little backstory: Atrus is a member of the D’ni (pronounced “Dunny”), an advanced society that was all but wiped out in a great apocalypse. Atrus has been working to build a fresh place for the remaining D’ni, and now he’s successfully installed them in the sparkly new Age of Releeshahn. But before he can show you, a scary-looking chap appears in Atrus’s study, starts a fire, and absconds with the book containing Releeshahn. And that man is...Brad Dourif. 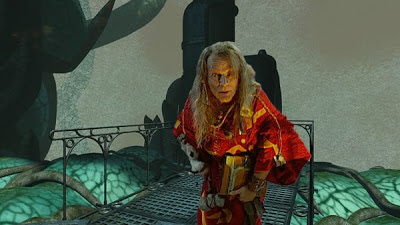 Yes, motherfucking Brad Dourif. I guess if you wanna prove your sequel is legit, you hire a character actor with serious geek cred. Whether you think of him as Chucky the doll, Wormtongue, or the telepathic creep in that one X-Files episode, Brad Dourif never fails to be awesome onscreen. So you chase Brad through yet another book and find yourself in an Age called J’nanin, a ring of rock with a central crater lake and giant ivory tusks sprouting here and there. You gradually learn that Atrus made this world for one purpose: teaching his sons, Sirrus and Achenar. Yes, in a move that would’ve granted him the title of “Coolest Dad Ever” if his kids hadn’t been utter shitheads, Atrus wrote a series of Ages that Sirrus and Achenar could play around in, learning the ups and downs of the art. In other words, there is a full-blown reason for why the Ages are full of bizarre, Rube Goldberg puzzles. You’re going back to school! Four other “Lesson Ages” await: Voltaic (a red Martian landscape scarred by machinery), Edanna (a tropical paradise inside a tree trunk), Amateria (basically a giant, awesome gravitram), and finally, Narayan, a smoggy place that contains an actual human society. Or it used to; Atrus intended Narayan to be the final lesson for his sons, but didn’t realize that Sirrus and Achenar were greedy, power-hungry sociopaths who proceeded to fuck Narayan to shit and drive its people to near-extinction. Saavedro (Brad Dourif’s character) was the chief of the Narayan people, survived their genocide, and, as you may imagine, bears a HUGE fucking grudge. Since Sirrus and Achenar are gone, Saavedro is focusing his wrath on Atrus, forcing him to puzzle through his own worlds if he wants to save the D’ni. Of course, Saavedro doesn’t know that you, not Atrus, have pursued him. D’oh! 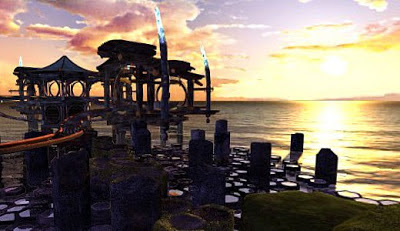 Now that I’ve thrown a bunch of kooky made-up words at you...does this plot work? Actually, it works very well indeed. One theme that runs through the Myst franchise is Atrus’s ethical dilemma. Does he have the right to play God, even a benevolent God? What are the ramifications of writing a sentient people into existence? Saavedro is like a Lucifer, rebelling against his very creator, but look how much the poor man has suffered because his creator wasn’t paying attention! Saavedro is, no joke, the strongest character in the Myst series. He’s extremely intelligent and resourceful (he basically had to hack Atrus’s worlds for his own purposes), but also demented from his long years of being alone. He wavers between volcanic fury and Shakespearean pathos, and Brad Dourif turns in one hell of a performance; although his Virginian accent is distracting, he imbues Saavedro with a cocktail of intense emotions that make him riveting to watch. You both fear him and fear for him, and the final showdown with him on Narayan is tense as fuck. It leads to several possible endings, some of which involve you getting an axe to the head. But the happy endings, well...I won’t spoil them, but there are two, and the difference between them is Saavedro’s ultimate fate. In order to achieve the best resolution, you must do something that you are very rarely asked to do in video games. If you do it, you get a payoff that hits you right in the heart. Kudos.

So this game’s story rocks, although the gameplay is a teeny bit weaker. As I said, the puzzles aren’t too difficult, and it seems like some complexity was sacrificed in the name of creative tinkering. The Age of Edanna, for instance, is luscious: no machines, nothing man-made, just a profusion of strange plants and animals that you can bend to your will. But the concept can’t support the puzzles, which tend to consist of poking things in the right order. Voltaic’s puzzles are stronger but a bit confusing, and the Age suffers from boring visuals. Amateria, on the other hand, boasts both awesome visuals and really neat puzzles (except for one involving counterweight that I have never figured out and always have to cheat on). And they pull a dick move with the final puzzles on Narayan, which you can’t possibly solve without looking through a seemingly unimportant journal you’ve had since the beginning. The brain-busting part of the game is all over the map, and although it’s more forgiving than Riven, it also feels uneven in tone. So that’d be my one quibble.

Otherwise, Exile is a strong entry in the series, proving that there were more stories to tell. Once again, I didn’t pay attention for awhile, and the next thing I knew, Myst IV and Myst V existed. Next up: the final game in the franchise that I have actually played, and the reason why I don’t feel a huge need to continue. 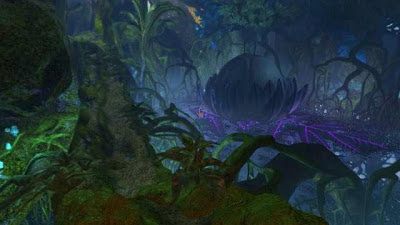