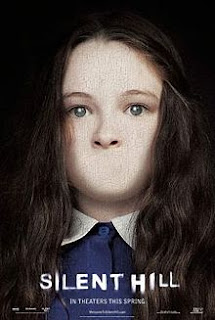 Do you know how many times the heroine of the Silent Hill movie tells someone, “Everything’s gonna be okay!”? At least three. And each time, she is lying. It is not going to be okay. Nothing and nobody in this movie is okay. When has anything in Silent Hill ever been okay?

Sorry for the delay. With one thing and another, it took me awhile to get around to my final two reviews. It’ll be a short wait for Silent Hill: Downpour, which I’m playing through right now, but in the meantime, I’ve rewatched the 2006 film adaptation and can give my latest impressions. The movie was directed by Christophe Gans of France, who made Brotherhood of the Wolf, an absolutely fuck-nutters film that’s also one of my favorites of all time. Reviewing Silent Hill: The Movie is a bit tricky because people tend to judge it quite differently based on their experience, or lack thereof, with the games. It got mostly negative reviews from mainstream critics, whereas Silent Hill fans tend to defend it. Obviously, I fall 100% into the latter category...but it’s not right to diss the critics for “not being fans,” because a movie should stand up on its own merits. And as one online review said, is it that I like the film, or that I desperately want to like the film? 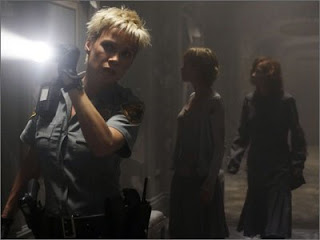 Alright, nuts and bolts time. The movie takes the plot from the first Silent Hill game but borrows elements from the second and third. Motherhood is a huge theme this time around, and so the protagonist is now a lady, Rose DaSilva (played by Radha Mitchell), whose frail young daughter, Sharon (Jodelle Ferland, my initial pick for Katniss Everdeen), has chosen somnambulism as a hobby and tends to scream “SILENT HILLLLLLL!!!” in her sleep. For unclear reasons, Rose decides to take Sharon to the town itself against the wishes of her husband (Sean Bean, looking uncomfortable playing a good guy). And you know the drill: Rose’s car crashes, Sharon disappears, and Rose begins a desperate search, eventually teaming up with butch policewoman Cybil Bennett (Laurie Holden) as they are besieged by creepy creatures and the abandoned, ash-choked town undergoes routine reality shifts. Back in the real world, Sean Bean scampers around doing research that serves only to educate the audience. The beautiful Deborah Kara Unger plays Dahlia Gillespie, here reduced to a broken victim. Villain duties fall to the extremely effective Alice Krige as the leader of the Silent Hill Order, who starts out nice-seeming, the key phrase being “starts out.” And....yeah. Events progress with the usual what-the-fuckitude.

If there’s one thing Christophe Gans can do, it’s make a film that looks fantastic. As a fan, I am deeply pleased by the set dressing alone. The haunted town is realized very well, both inside and out, and there are many close parallels with the game. The plot even employs video game logic; a lot of time is devoted to Rose and Cybil just exploring and finding clues that lead them from place to place, and I have no problem with that! I actually prefer it to all the tiresome cultists and their predictable dogma. The monsters aren’t utilized enough, but when they do appear, they look and sound and act just frightening enough. (The exception is the musclebound Pyramid Head, who is way the fuck over the top, yet somehow can’t defeat the ladies when they duck into a closet. Lame.) There’s lots of fire and ash, lots of wonderfully decrepit and detailed setpieces, a huge helping of religious imagery, and little enough gore that when the grisly moments do happen, they pack an extra punch. (I have trouble watching the cruel death of one character, even after repeated viewings.) Kudos also to the sound design, and thank Cthulhu they mostly used music from the franchise! Akira Yamaoka’s compositions work just as well here as they do in the games. It’s true that the film lacks a lot of subtlety; there’s not much time for quiet dread and too much time for loud noises, screaming, and mayhem. Boo to that, I say! However, on the whole, this fan is touched by such a loving cinematic homage.

That said, this is not a very good movie. I mean, I freely admit it. I’m kind to it because I love the Silent Hill series, but newcomers are gonna be pretty damn confused. One thing the movie preserves is the game’s ambiguity, and while we fanboys and -girls expect that, someone with no prior knowledge is in trouble. There is a lot more explanation given than there was in the first game, but it’s presented very awkwardly. The plot keeps pausing to deliver huge chunks of backstory. Poor Sean Bean has nothing to do but discover Useful Information that we can read over his shoulder, although I imagine he’s just grateful that, for once, he doesn’t die. On the whole, the screenplay is very weak and lessens the characters, and the actors can’t always salvage their roles. Radha Mitchell is very good as Rose, but all she really has to do is run, shout, scream, be desperate and determined, and falsely tell everyone it’s gonna be okay. Likewise, the likable Laurie Holden is stalled by the fact that her Officer Bennett is kind of a dope. Everyone else has to be cryptic, or zealous, or clueless, or all three at once. The film is best when it’s focusing on atmosphere and mystery, worst when it’s dominated by lame characterizations. I suppose this is also true of the games, so....yay? Yay that they copied the bad as well as the good? 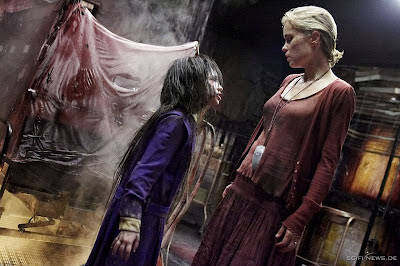 As a fanboy, there’s one more thing I want to whine about, and that’s the Nature of the Beast. Beware, spoilers follow! In the games, the exact nature of the evil that infests Silent Hill is never truly explained. Alessa Gillespie is the catalyst, but not the origin; the evil merely latches onto her wounded, hate-filled self and rides her all the way to dominion over the town. Part of what we see is real, and part of what we see is (presumably) a projection of Alessa’s hate. The movie adds an extra layer or two of reality; there are even moments when two characters occupy the same space but can’t see or hear one another. I’m down with that. But we also get “Dark Alessa,” a version of the little girl who looks like she’s heading out to audition for The Ring and who talks with the spooky wisdom of an adult. Jodelle Ferland plays this role very well indeed, but the problem (BIG SPOILER) is that she’s the Devil. As in, the Devil. Literally. She pretty much admits it near the end. My response: No, no, no, no, no, NO. WRONG. FALSE. Yes, I know there’s oodles of pseudo-Christian symbology in the Silent Hill series, and I know the movie wants to provide at least a partial explanation, but that was the wrong damn direction to take. It’s too ham-handed. What does it even mean? That Silent Hill is literally a portal to Hell? That Satan has time to fuck around with religious nuts in ratty old mining towns? This twist diminishes the last act of the film; they should have kept the origin of the evil ambiguous, as the games do. Because it’s far more dangerous to piss off the fans than it is to confuse the uninitiated. And that’s my rant.

So, for all its flaws, the Silent Hill movie is a more or less worthy tribute to the games. Is it maybe a little too in love with the source material? Yes. Did it have way too much influence on later games in the series? Yes, but that’s not really the movie’s fault. I’d be harsher if it were supposed to slot into the canon of the games, but since it’s merely an adaptation of what has come before, I’m alright with it. Parts of it are truly incredible to behold, and the actors and filmmakers elevate the sometimes sloppy material. So if anyone says to me, “I’ve been playing the Silent Hill games and I REALLY love them and I wanna see the film but I’m afraid it’s gonna suck; what do you think?” I can just smile and tell them....it’s gonna be okay. 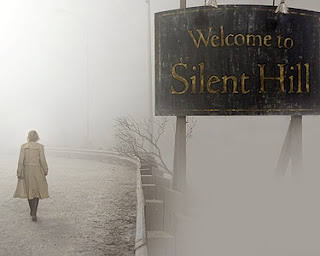