I began this blog as a college student in 2010, just for fun. Six years later, I’m still just doing it for fun and have no delusions that it’s ever gonna take off and make me into an internet celeb. As for my Cautious Enthusiasm series, it began as an excuse to write more lists (I’m way too addicted to writing lists), while providing future blog fodder. Again, nothing’s changed, but maybe I find comfort in the familiar act of blogging about nerdy stuff. Sorry to be so reflective; today’s my birthday, and let’s just say my age has a zero on the end.

Yeah. Anyway. Here are a parcel of things I’m rather excited about, though not without reservations. 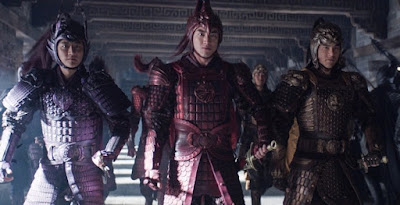 The Great Wall
WHAT IT IS: A monster movie, but with some exotic spices sprinkled in the recipe. Set in ancient-ish China, this blockbuster stars Matt Damon and Pedro Pascal as armored mercs who arrive to discover that, in this version of history, the Great Wall was built to keep out hordes of giant reptiles, or something. Sing with me: Let’s get down to business! To defeat! This shit! Did they send Matt Damon...when I asked...for Pitt?
WHY I’M EXCITED: Uh, I adore modern monster movies? I drooled on Pacific Rim and continue to defend the new Godzilla? However, what actually matters more to me is that The Great Wall is directed by Zhang Yimou, who makes unbelievably gorgeous movies. Drink in the wonder of Raise the Red Lantern, Hero, or House of Flying Daggers. Based on trailers, The Great Wall should be sumptuous and grandiose, again proving that you can mix high art with popcorn entertainment. Even if it’s a bad movie, it’ll be a sensory delight.
WHY I’M SKEPTICAL: When venerable directors take a more mainstream approach, it doesn’t always go well. Especially when your number one goal is to appeal to Chinese and American audiences hooked on Michael Bay. In other words, The Great Wall could represent Yimou compromising his usual flair in favor of mass appeal. Plus, everyone’s already mad about the main character being white, because we all have the luxury of being offended over shit that doesn’t matter. Yes, I’m getting more conservative in my doddering old age. I expect to have fun watching this, but given how high Yimou has set his own directorial bar, I really hope he hasn’t sold out.
SQUEE FACTOR: 7
DANGER LEVEL: 5 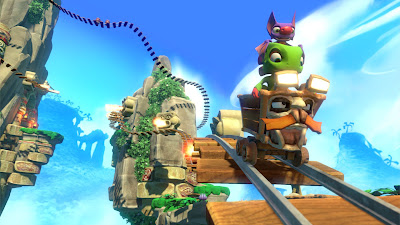 Yooka-Laylee
WHAT IT IS: Long, long ago, the Banjo-Kazooie games delighted us on the N64, before Rare defected to Microsoft and the franchise dissolved into a puddle of knockoff Legos and bitter tears. Now some of the original creative minds have crowdfunded their way to this spiritual successor, which follows the adventures of a chameleon and a bat as they attempt to save whimsical worlds contained inside books. So...it’s also a Myst sequel?
WHY I’M EXCITED: I’d say that the first Banjo-Kazooie might be the most perfect example of the “cartoony platformer” genre. And Yooka-Laylee simply and literally IS a Banjo-Kazooie game, just with new characters swapped in. Since I still like to power up the ol’ N64 and revisit the classics now and then, I’m so goddamned happy that shameless nostalgia has hopped into bed with gleaming modern graphics to produce this love letter. Thanks to this, we can just forget that repulsive Nuts & Bolts thing ever happened. I hope someone at Rare is really mad right now.
WHY I’M SKEPTICAL: First off, modern platformers never seem to recapture what made the genre so special in the 1990s. Worse, gamers tend to scoff, insisting that the medium has long since evolved past cute, furry heroes collecting golden thingummies. (I dream of an alternate universe where the blueprint for today’s games is Conker’s Bad Fur Day.)  The crowdfunding success of Yooka-Laylee bodes well...but, even so, the whole Broken Age letdown (see below) has made me highly disillusioned. It can’t just look and sound like Banjo-Kazooie. It needs cartoony-platformer soul. What does that mean? I’ll know when I play Yooka-Laylee and see if it has it or not.
SQUEE FACTOR: 9
DANGER LEVEL: 7 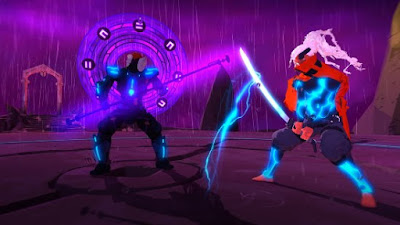 Furi
WHAT IT IS: This game is already out, but the more I’ve heard about it, the more I rub my palms together. It’s a very well-received indie hybrid of hack-n-slash and bullet hell, in which an archetypal Lone Warrior must carve and fillet his way through a string of powerful foes to unlock his memories, avenge somebody, regain his honor, or whatever cliché they’ve gone with this time.
WHY I’M EXCITED: Look, any game that consists entirely of boss fights broken up by peaceful treks through gorgeous scenery is going to remind me of Shadow of the Colossus. Which is my favorite game of all time. Have I not mentioned that in a while? Boss fights are often my favorite part of a game, and Furi’s showdowns look outstanding and unique. Plus the visuals remind me a bit of Killer7, another of my all-time faves. Was this tailor-made for weird, artsy little me?
WHY I’M SKEPTICAL: This is gonna make me sound like the world’s biggest twerp, but...I tend to abandon really challenging games partway through. And not just because they have terrible gameplay elements. If playing a game starts to feel like beating my head against an Easter Island statue, it doesn’t maintain my interest. I was gonna put Bloodborne in the last Cautious Enthusiasm list, until I realized I’d likely give up after its first half-hour. Everything I’ve read about Furi confirms it’s quite challenging even for hack-n-slash experts. Of which I am not one. I so want to play this and my fingers are so tightly crossed that I won’t be utterly, wretchedly defeated by its difficulty. Sigh.
SQUEE FACTOR: 7
DANGER LEVEL: 9 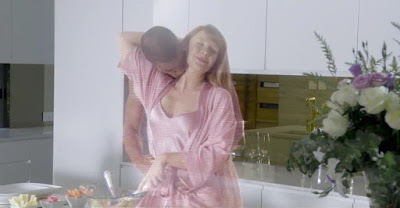 Seasons 3 and 4 of Black Mirror
WHAT IT IS: Black Mirror emerged from Britain and quietly embedded itself in our collective consciousness with a mere seven episodes. It’s been compared to The Twilight Zone, but rather than dealing in aliens or the supernatural, it imagines different futures in which our relationship with technology and social media has evolved in strange ways. It’s bleak, satirical, and smart -- and Netflix has gobbled up the rights to make two more six-episode seasons.
WHY I’M EXCITED: I really enjoyed the original Black Mirror, and I’m pretty confident that the folks at Netflix are equally adoring of the property and will treat it with respect. It’s obviously calculated to hook the Stranger Things fanbase...but, hey, Stranger Things rocks just as hard. Thoughtful sci-fi and social satire are hot right now. And check out some of the cast: Bryce Dallas Howard, Kelly MacDonald, Michael Kelly, Gugu Mbatha-Raw, and that’s just for Season 3!
WHY I’M SKEPTICAL: I am definitely not one of those pop culture hipsters who insist that Americanized remakes always suck. However, I will admit that Americanized remakes can suck. The first seasons of Black Mirror had that unique British mix of manners and outrageousness; will Netflix’s continuation have the guts to show, say, a major political figure fucking a pig? Will they maintain the trademark dark cynicism? (Every original episode of Black Mirror ends unhappily.) Or will producers and marketing departments insist that us fragile Yanks can’t handle that much feel-bad storytelling? Black Mirror has teeth; don’t pull ’em!
SQUEE FACTOR: 6
DANGER LEVEL: 5

Psychonauts 2
WHAT IT IS: Somehow I’ve never written much about Psychonauts despite the fact that it’s a fucking amazing game. It didn’t sell well, in part because of the aforementioned bias against platformers. But there’s nothing quite like it: a wacky, hilarious, and innovative adventure centering around a summer camp for kids with psychic powers. Creator Tim Schafer has turned once again to crowdfunding, and the sequel should hit us in 2018.
WHY I’M EXCITED: What a world we live in! My favorite games are getting new incarnations (Yooka-Laylee, Obduction, The Last Guardian, Silent Hills...wait, scratch that last one), but this isn’t a spiritual cousin or reboot, it’s a REAL SEQUEL. The first game ended with a cheeky cliffhanger and we never thought we’d see it resolved. There’s some sort of VR thing coming out as well, but I’m simply eager to step back into the heroic young Rasputin’s shoes, coast around on that awesome levitation bubble, set things on fire with my brain, uncover more evil conspiracies...aww, yeah. Trust me, there are a lot of cult gamers jizzing themselves over Psychonauts 2, and I am proud to be among those who require a change of underwear.
WHY I’M SKEPTICAL: Because of Broken Age, that’s why. Tim Schafer and Double Fine Productions already got everyone’s fervor whipped up for a crowdfunded game, and then they apparently spent most of that money on Twizzlers or something. Broken Age wasn’t awful, but it wasn’t anything special, either. Which was somehow worse. And Psychonauts 2 has even more riding on it, because the first game has such a rabid following. Imagine if they made a new season of Firefly but Adam Baldwin was the only returning actor. Broken Age gave us the kiddie-table version of a classic point-and-click adventure game. If Psychonauts 2 is similarly dumbed down, I’ll just be fucking done with crowdfunded dream projects. For a few months, anyway.
SQUEE FACTOR: 10
DANGER LEVEL: 8

There. That should give me a smattering of blog posts down the road. Not that I’ve become sick of writing this blog or anything. I may be aging but I’m no less nerdy, and hallelujah for that!
Posted by Dang-Blasted at 9:13 AM