To Squee Or Not to Squee: Broken Age, Act I 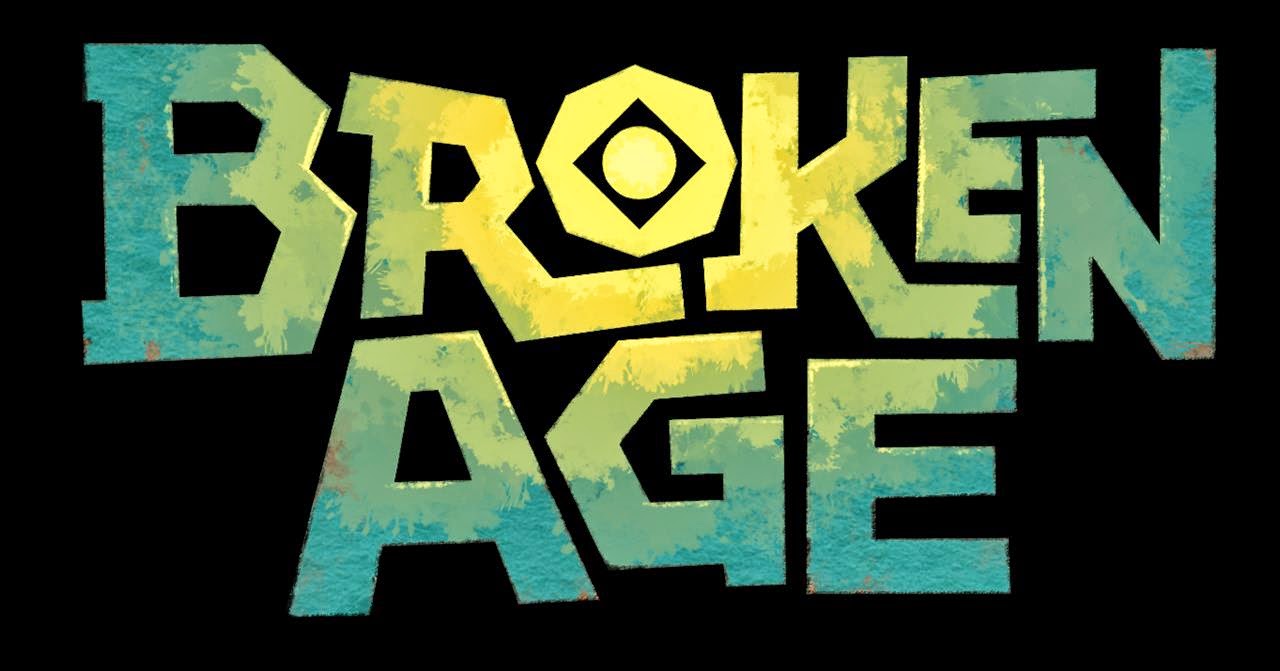 What time is it? Time for Cautious Enthusiasm.

Droll. I think that’s the word I’m looking for. Broken Age, standard bearer of the adventure game rebirth, is extremely droll. Is that bad? Nnnnnoooo, but....well, I’ve always used “droll” to refer to something that’s perfectly amusing, makes you chuckle, engages you while it lasts, and never quite reaches the plateau of quality toward which it climbs. But maybe I should forgive Broken Age simply because the damn thing isn’t finished yet. Yeah, after all the griping I did on the original Cautious Enthusiasm post about how I hate it when games are released in installments, how I was totally gonna wait to buy and play Broken Age until the entire product was available...oops. I bought it assuming Act II was out. Act II won’t be out until the end of April. However, given Act I’s overall arc, I may need to eat my words a tiny bit. But we’ll get to that.

Yes, Broken Age is droll. It is funny but not hilarious. It is fun but not life-changing. Thanks to Kickstarter, Tim Schafer and his merry band reaped millions to make this game, and I won’t say the money doesn’t show on the screen, but given that they had the power to create just about anything, they almost seem scared to. Surely most of the money must have come from starry-eyed twenty- and thirtysomethings eager for an anarchic, hair-pullingly convoluted point-and-clicker on the level of the original Monkey Island. But Broken Age breaks no rules, even though its plot is entirely about rule-breaking, and seems geared, not toward those aging adventure-gamers, but to their kids. The heroes are both teenagers, the visual style is kid-friendly, the puzzles are....I have to say it.....fucking easy. Luckily, adult themes lurk beneath the surface, so maybe Broken Age is fun for the whole family, I wouldn’t know. How about on its own merits? 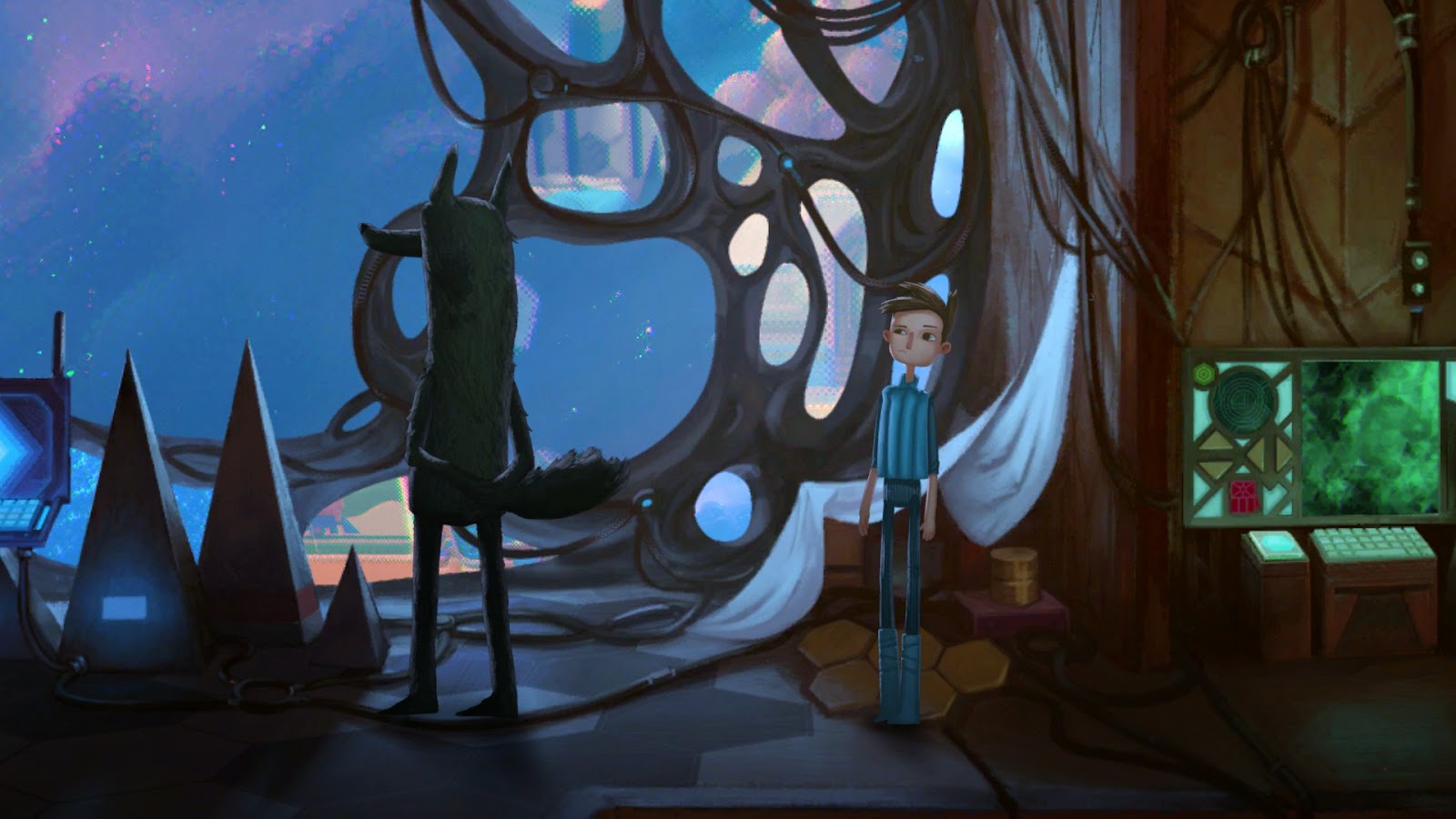 Well, what we have are two separate stories, seemingly unconnected (yeah, right), both promoting the idea of questioning your lot in life. Shay (voiced by Elijah Wood) is a teen boy aboard a cavernous spaceship that seems to have been constructed by a team of elementary school art teachers. The ship is run by a computer who assumes a motherly persona and fusses over Shay for every damn second of his waking life. He’s long outgrown his little world -- the game’s funniest sequence comes at the top, when the computer sends Shay on a series of insipid “adventures” clearly designed for a three-year-old. Bored and jaded, Shay finds a way to “break” one such adventure, which leads him to a shadowy lupine figure named Marek, who recruits Shay for far more dangerous, ethically dubious missions. But has Shay really escaped Mommy Computer, or is this merely the next stage of his training -- and training for what? Shay’s half of the game is definitely superior. His spaceship/playroom/prison is a wonderfully designed, cohesive environment where everything operates on the same off-kilter logic, a children’s picture book written by Franz Kafka.

Meanwhile, in what may or may not be another time and place, we meet Vella (Masasa Moyo), an adolescent girl from a community of pastry chefs. Vella’s world is askew in its own way: every year, girls like her are cheerfully sacrificed to a massive monster called Mog Chothra. The running joke is that everyone but Vella is totally okay with this, to the point where Vella’s plan to kill the creature doesn’t even register in their passive widdle brains. A society embracing something stupid and destructive against all logic, just because of peer pressure? That’s not topical at all! Anyway, Vella’s story entails the aforementioned desire to slay Mog Chothra, and is honestly not super-interesting. While Shay’s adventures have cohesion, Vella’s are rambling and episodic. She wanders through a series of thematic regions and it’s basically Loom crossed with The Hunger Games as directed by Henry Selick, but so what? I did find Vella to be the more enjoyable protagonist. Shay is kinda whiny. Vella is a sweet, charming girl who’s also got a streak of stone-cold badassery and is not afraid to ruin someone else’s day to get what she wants. 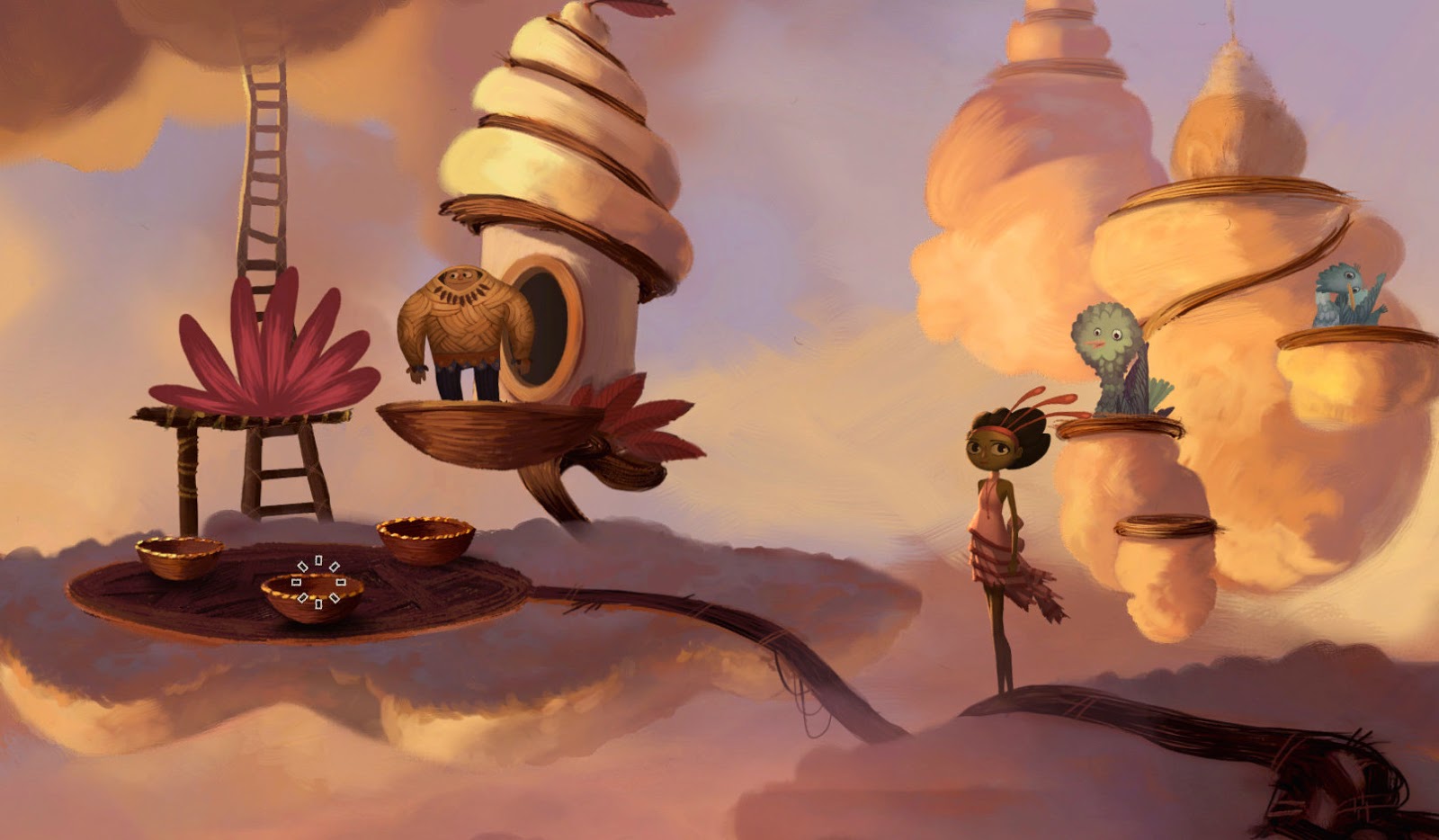 Ah, but even the trail of mayhem Vella leaves in her wake seems...safe. The entire game is a safe bet by the developers: we got all this money, we can’t mishandle it! They went-all out on art design, creating luminous environments that look painted into being. The humor is merely adequate, though I appreciate that it doesn't try too hard to be "hip." (Put it this way: I really liked The Lego Movie, but I am damned glad that Broken Age is nothing like The Lego Movie.) The puzzles are what you’d expect -- find items, then use them in esoteric ways later on -- but the problem is, their solutions are loudly telegraphed. Hey, this peach has a large PIT! Check out the PIT in this peach! Remember that word, PIT! It’s a tad insulting. The story doesn’t insult, though, especially when it teases us about how Shay and Vella might be connected. Switching at will between their stories helped in my case, as it gave me a “Eureka!” moment when I spotted a crucial parallel that helped me figure out what was going on. Yes, I guessed the big twist ending, but then the game overturned my expectations anyway. The final scene of Act I leaves us dazzled with its implications, and that’s why I reluctantly admit to enjoying the two-act structure: because I wouldn’t have gasped, “Holy shit! Did that really just happen?!” in quite the same way if I could have immediately continued playing. But then, Broken Age has the same problem as the Mockingjay movies: Act I feels like an extended preface to Act II, when all the stuff that matters will happen.

I like that tease, though, and I’m grateful I’ll be getting my hands on Act II soon. It promises to be longer, richer, more epic. I’ll blog about it. For now, I’m pleased with Broken Age while also feeling a tad mournful that game development as a whole has become so skittish. Gone are the days when developers had the power to toss whatever the hell they wanted on the screen. Even a “quirky” outfit like Double Fine probably has to push a game through a ton of focus groups who fretfully ensure that it’s not too challenging, not too culty. But, hey, they just revamped Grim Fandango to thunderous applause, so maybe Broken Age just needs to crack the door toward a renewed interest in classic adventure games, not fling it open all the way. And Act II might still turn Broken Age into a masterpiece of subversive storytelling, if the narrative clues of Act I lead where I think they’re leading. We’re not done with this game yet! Stick around.

VERDICT: I squee in a droll manner.

UPDATE: How does it all end? Read on!