I just gave y’all my favorite games of the year, but now it’s time to...dishonor...the games that disappointed me. That pun will have extra meaning when you’re done reading this. I’ve done a bad games list once before, and it still holds true that I didn’t quite hate any of these, but I can confidently state that I actively disliked at least a couple of them. In fact, I’m going to hand out specific awards based on why they did not meet my expectations! 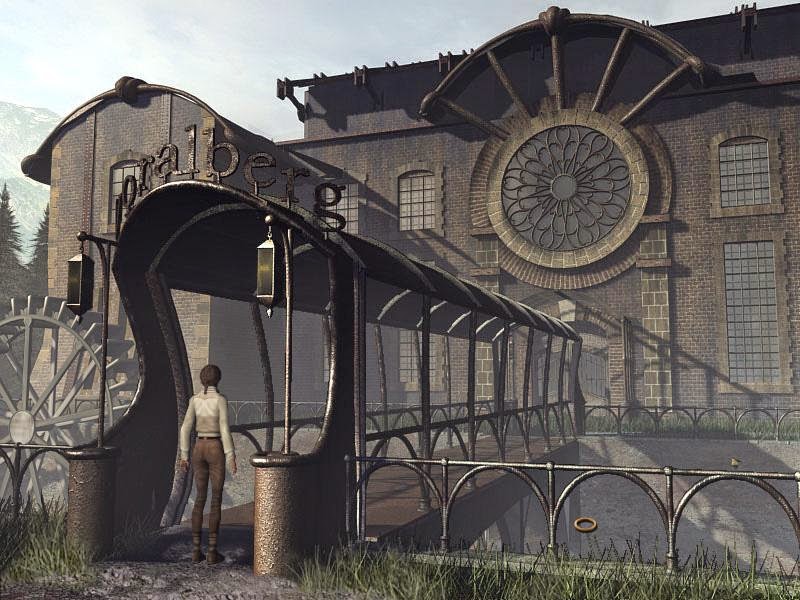 Syberia: The “Begone, Foul Mac User” Award
I kept eyeing Syberia and thinking it was right up my alley. Puzzles and exploration in a pseudo-steampunk world? Da! So I finally got it, and it’s...cool...but not as cool as I’d hoped. Yeah, the world is neat. The environments are sumptuous. The story is good. It’s just that the gameplay is tedious, and I think it may be one of the many, many cases of the Mac port being half-assed. Not sure anything could have helped the game’s sluggish pace (most of it is spent leisurely strolling here and there, like the makers are forcing you to appreciate their pre-rendered locales), but I don’t mind a slow game. I DO mind when the visuals and sound are buggy and the protagonist awkwardly screeches to a halt at the end of each screen, waiting for you to click on her next objective. It utterly ruins the immersion. Also, I had to buy the game’s episodes separately, and in Part Two, I ran into an insurmountable glitch (a character freezes up when he’s supposed to talk to you) and will have to start over...when I can be assed. In time I may finish Syberia, but by making the Mac port so inferior, they have alienated me. 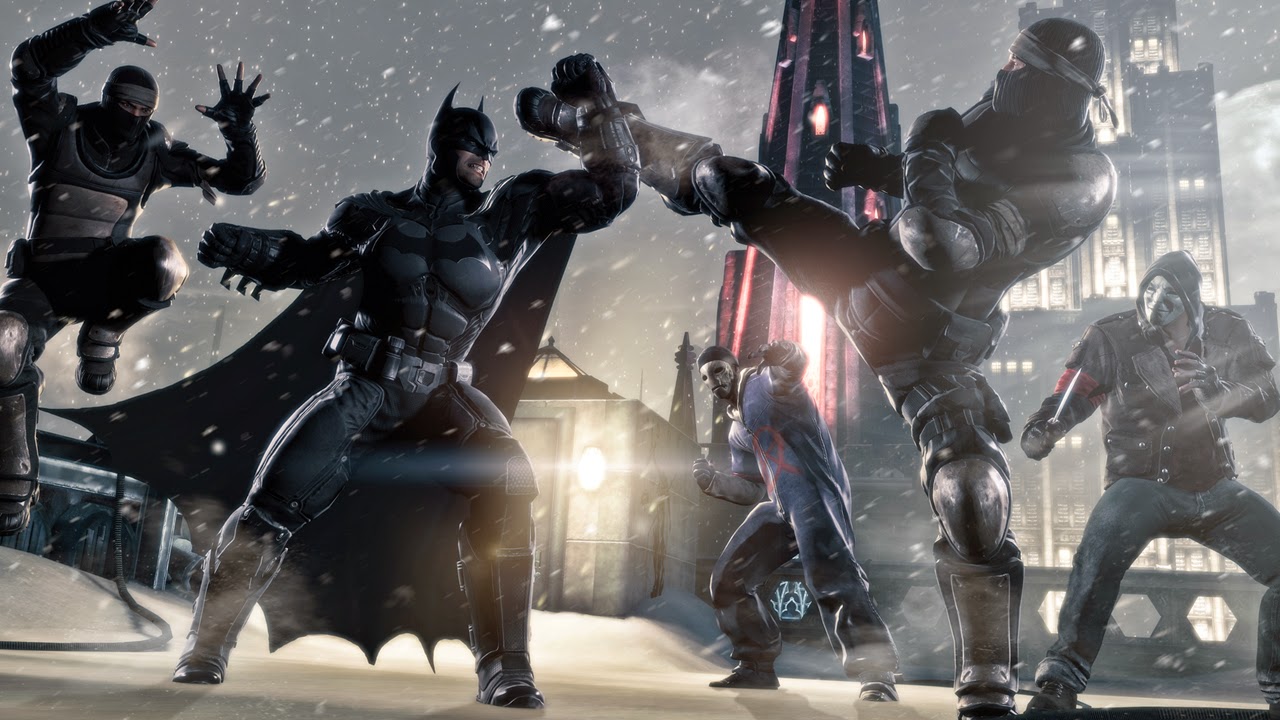 Batman: Arkham Origins: The “Yeah, So?” Award
I beat the story. I found all the Enigma packs. I did the sidequests. And I had fun. That said, why does Arkham Origins exist at all? I know I’m not the first to ask this question. This game has rightfully been accused of redundancy, of stretching the franchise without enriching it. And I have to agree. It’s less colorful and not very surprising. It ticks its way down a checklist and then calls it a day. In order to not fuck with the real storyline, they made this a prequel, and it suffers from all the big prequel mistakes: obnoxiously blatant foreshadowing, a younger and less interesting cast, a Batman who somehow has all the gadgets and powers he didn’t have in Arkham Asylum. Lazy. Also lazy are the villains. The Joker’s “big debut” doesn’t go far enough, Black Mask faceplants, Bane is too damn obtuse, and the “gang of assassins” subplot functions like a gumball machine that dispenses boss battles. In the end, I enjoyed the game because it still has everything we like about this series. But the above image sums up its bland entirety. You fight thugs, then occasionally fight a thug in a silly costume. Wheeeeeee. 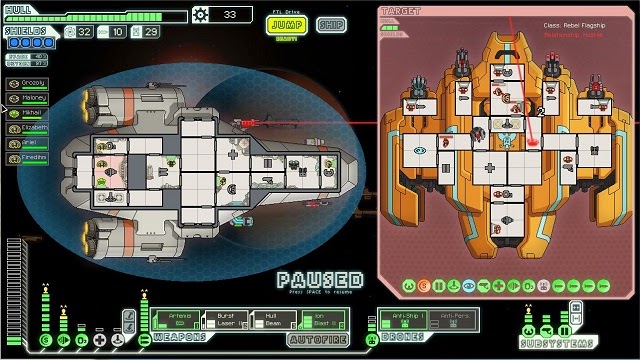 FTL: The “Guess It’s Just Me” Award
There’s always that one damn game that has received near-universal praise, and that I just can’t get into. I started out the year playing FTL quite enthusiastically, as if it’d become my new gaming obsession, like The Binding of Isaac. Then, with dizzying abruptness, I lost all interest. It’s a difficult game, yeah, but don’t accuse me of being a gaming wuss. I may be bad at multitasking, but FTL’s battle-pausing mechanic is supposed to make up for that. I see how well-crafted this space exploration adventure is, but I guess my brain caught up and asked me, “Dang-Blasted, how much do you really enjoy clicking little figures around as the space pirates carve up your hull like prime rib? Yeah, it’s fun to trap and asphyxiate your foes, but how much time do you honestly have for a game that can still screw over even the most avid player with its arbitrary distribution of luck?” Fast forward a year and I’m madly playing The Binding of Isaac: Rebirth while FTL collects more dust. Point proven. 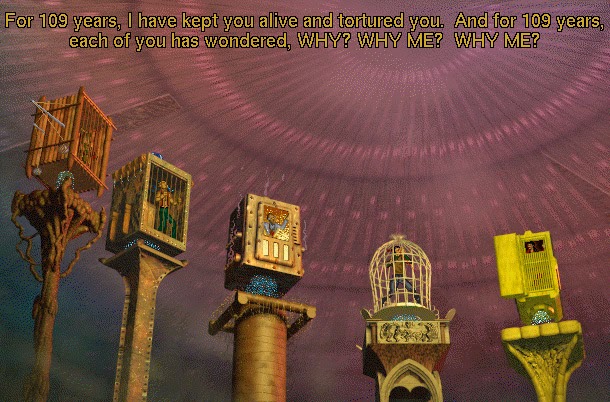 I Have No Mouth, and I Must Scream: The “Here’s Why Point-and-Click Died” Award
I love retro point-and-click adventure games. Monkey Island, The Dig, Loom, Indiana Jones...fuck, yeah. But those are all games that knew how to utilize the mechanics of the genre. I Have No etc. just wants to ruin your day. This game is based on a short story by Harlan Ellison about an insane supercomputer that wipes out humanity and then keeps five people alive just so it can torture them. Sound fun? Well, dark content in games is fine, but this one is a tedious slog. Good point-and-clickers challenge your brain while still following a strong logical thread. I Have No blah blah blah lacks any logic, as it takes place in arbitrary mental environments. Which means you spend the game wondering what the fuck you’re supposed to do. Wandering through circuitous dialogue trees. Sweeping your cursor around, looking for the right pixels. Is the player supposed to dislike the game, in keeping with its themes? I don’t buy it. You can make a feel-bad game, like Limbo or, again, The Binding of Isaac, that’s still fun to play. I Have No Point, and I Must Ragequit feels kinda like the very torture it depicts. 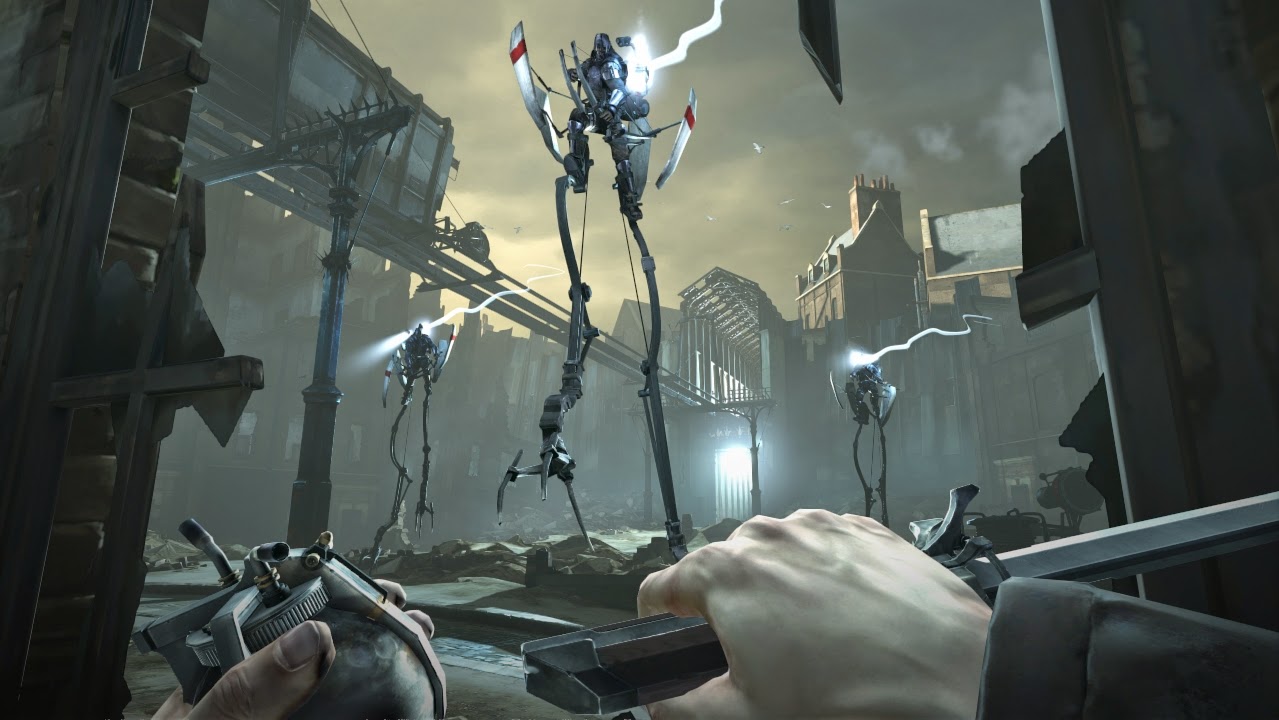 Dishonored: The “Fuck You Too” Award
Guys, it’s true. By the time I gave up on Dishonored, I had decided it was a shitty game for assholes. Oh, it’s well-made, and wins points for creating a very unique, interesting fantasy/steampunk world. It’s just that its world is miserable and hateful. My gameplay style is more in the vein of “kill everyone in your way,” so I struggled with the open-ended stealth shenanigans and wound up killing everyone anyway. And that’s where Dishonored fucks you in the ass, because the game has a sneaky, backhanded moral choice system wherein the more death you cause, the more the game punishes you. I wasn’t surprised when my erstwhile allies betrayed me, but then the people who were ostensibly still my friends started glaring at me and calling me an evil psychopath. Never mind the fact that not killing people in this game is FUCKING HARD. It practically forces you to spit-roast guards in the throat, encourages you to giggle as your foes are devoured alive by rats, then says, “You HORRIBLE person! Why didn’t you SPARE those guys? We’re gonna give you the BAD ENDING!” Only I never reached said ending, because the final mission is just dozens of tightly-packed enemies who, again, you are somehow supposed to leave alive. So I stopped playing. I’m not interested in games that disapprove of how I play them. I prefer nihilism when it’s presented in a satirical manner, like, yet again, The Binding of Isaac. Dishonored takes itself too fucking seriously and I don’t think it deserves all the praise.
Posted by Dang-Blasted at 4:19 PM