I load up on new music every year, but not every year gifts me with albums that could potentially be in my top ten of all time. Music, of course, is super subjective and my own favorites change and evolve over time. Here are my favorite albums of the past year, not all of which are actually musical. If you like, revisit my Top Music of 2012 list and be reminded that I’m awful at writing about music. I’ll leave in-depth analyses to the paid critics. 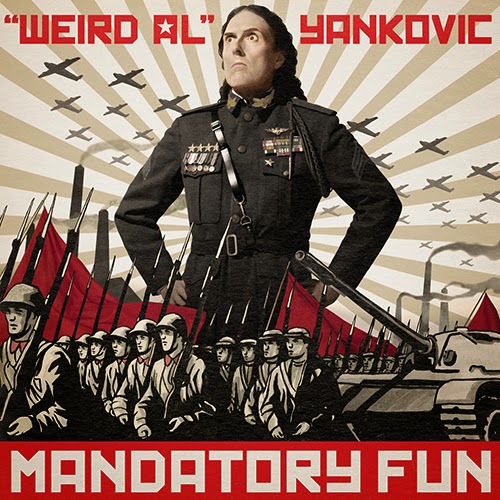 7. “Weird Al” Yankovic, Mandatory Fun
Weird Al is a god. The man is 55, has been producing song parodies and accordion riffs for well over thirty years, and is still beloved and relevant. Mandatory Fun is exactly like every other Weird Al album: he rewrites pop hits of the past couple years, usually with great wit (though his takes on “Royals” and “Radioactive” are kinda phoned in), then tosses in a few original songs. Lucky for him, modern culture is a goddamn funhouse full of screaming clowns, so he can mock everything from First World Problems to sports machismo to that idiot friend who brags about the time Mandy Patinkin stepped on his foot. Al’s wordplay and vocal gymnastics are strong as ever, but why is he still such a hit, in this modern age when YouTube is full of wannabe comedians and every popular song instantly inspires a bajillion parodies? Because he’s still cleverer than all those hopeful college kids. And because, while most parodists stoop to cruelly mocking the singers themselves (seriously, Bert Baker needs to piss off and get a real job), Al always has more to say than, “LOL ARIANA GRANDE SUCKS TBH.” He’s only mean in funny ways. I applaud him.
My Favorite Song: Because I am a (apologetic) grammar Nazi, I adore “Word Crimes,” Al’s parody of “Blurred Lines.” Everyone hates Robin Thicke, for good fucking reason, but Al uses the track to attack spelling, grammar, and punctuation bloopers, possibly becoming the first human to use the word “nomenclature” in a song. Bonus points for the music video. 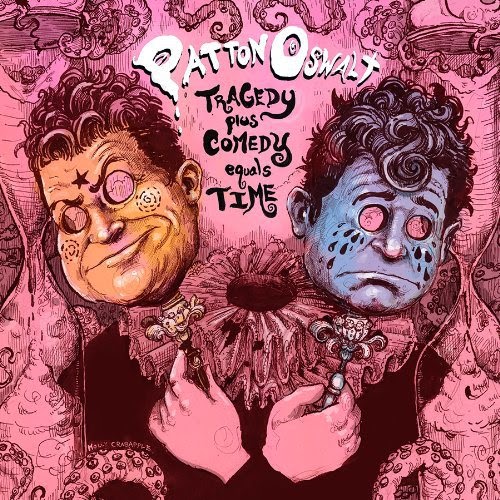 6. Patton Oswalt, Tragedy Plus Comedy Equals Time
Fine, fine, I cheated. It’s still an album. Patton Oswalt may be my favorite stand-up comedian, and not just because he’s also a skilled actor, author, and trivia nerd. It’s because he’s figured out how to make jokes based on the popular manchild aesthetic of video games, movies, and white entitlement without seeming anything other than super relatable. His stand-up career demonstrates his own gradual, unwilling maturity, and this latest album is absolutely hilarious because he is now a family man and that’s opened a whole new can o’ worms. He’s gone from moping over his perceived failures in life to cheerfully accepting them (“I’m dressed how I should be dressed. This conceals the manboobs and the gut...”), while at the same time freaking out about being a dad, supporting his family, cashing in his increased fame, etc. Even then, he still has time to ramble about nerdy stuff and make the reference jokes his longtime fans crave. He’d be so fun to hang out with.
My Favorite Jokes: Nothing is weirder or funnier or more horrifying than having a small child, and Oswalt proves it. His daughter is in her late toddlerhood and he spins riotous anecdotes about her sudden outburst of racism in a coffee shop and her reaction to accidentally seeing a scary werewolf on TV. The phrase “#RacistBaby” gets the best blurt-laugh on the album. 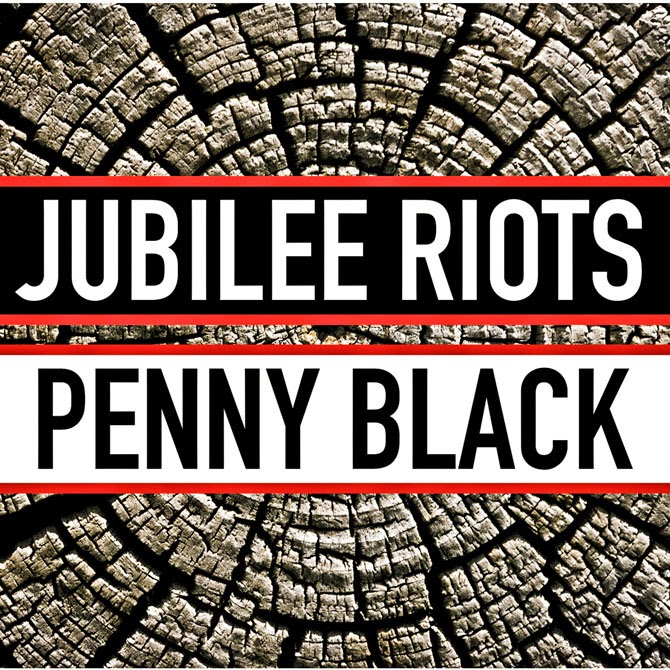 5. Jubilee Riots, Penny Black
I now know that it’s a super surreal experience when one of your favorite bands changes their name. Up until recently, Jubilee Riots was called Enter the Haggis, and they initially sold themselves as a Celtic rock act with such songs as “Bagpipes On Mars.” That was the extended larval stage, and in recent years, they’ve burst forth as a really, really good folk/rock group who put strong songwriting first. So I guess the name change makes sense. It doesn’t diminish their quality. The songs of Penny Black were inspired by fan mail, and they speak to modern times, struggles for happiness, identity crises, you name it. They can get dark (“Astray” is about a Jewish death camp survivor who believed his family was dead), but they’re never far from hope and catharsis (his family wasn’t dead after all). When you know the songs are about real people and events, they resonate much stronger, guided by cutting guitars and a lingering current of Celtic pipe and fiddle. I accept the new band name because they’re good enough to have earned it.
My Favorite Song: “Cut the Lights” is a love song that rings out like a bell. Doomed love is more this band’s style, but in this case they sing about how brand-new love makes you feel. Like the whole world just cracked open and revealed diamonds beneath. 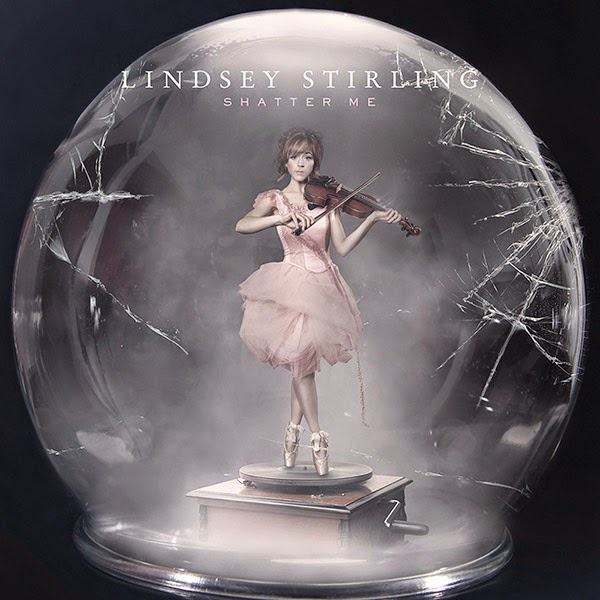 4. Lindsey Stirling, Shatter Me
Where do I go to pay tribute to the god who handed Lindsey Stirling a violin? YouTube has made her a bit of a goddess herself, and she deserves it. This woman plays her instrument like she’s battling demons, and mixes her original compositions with dubstep elements and balletic dance moves. She’s like the ultimate evolution of all beautiful, talented female nerds. Her sophomore album, Shatter Me, is more nuanced and personal than her debut, since the overall theme of the album is her battle with anorexia and the pressures of female beauty standards. Obviously, Stirling is more beautiful than most, and each track swoops and soars and stomps out freedom. She mixes in different genres, nabs some talented guest performers, and makes it look easy. But it wasn’t easy. It was hard. And that’s the point.
My Favorite Song: The title track, “Shatter Me,” is a collaboration with rocker Lzzy Hale, and shows that adding lyrics to an already blazing instrumental can turn things up to eleven. When Hale howls the chorus and then Stirling’s violin drops...oh, my heart. 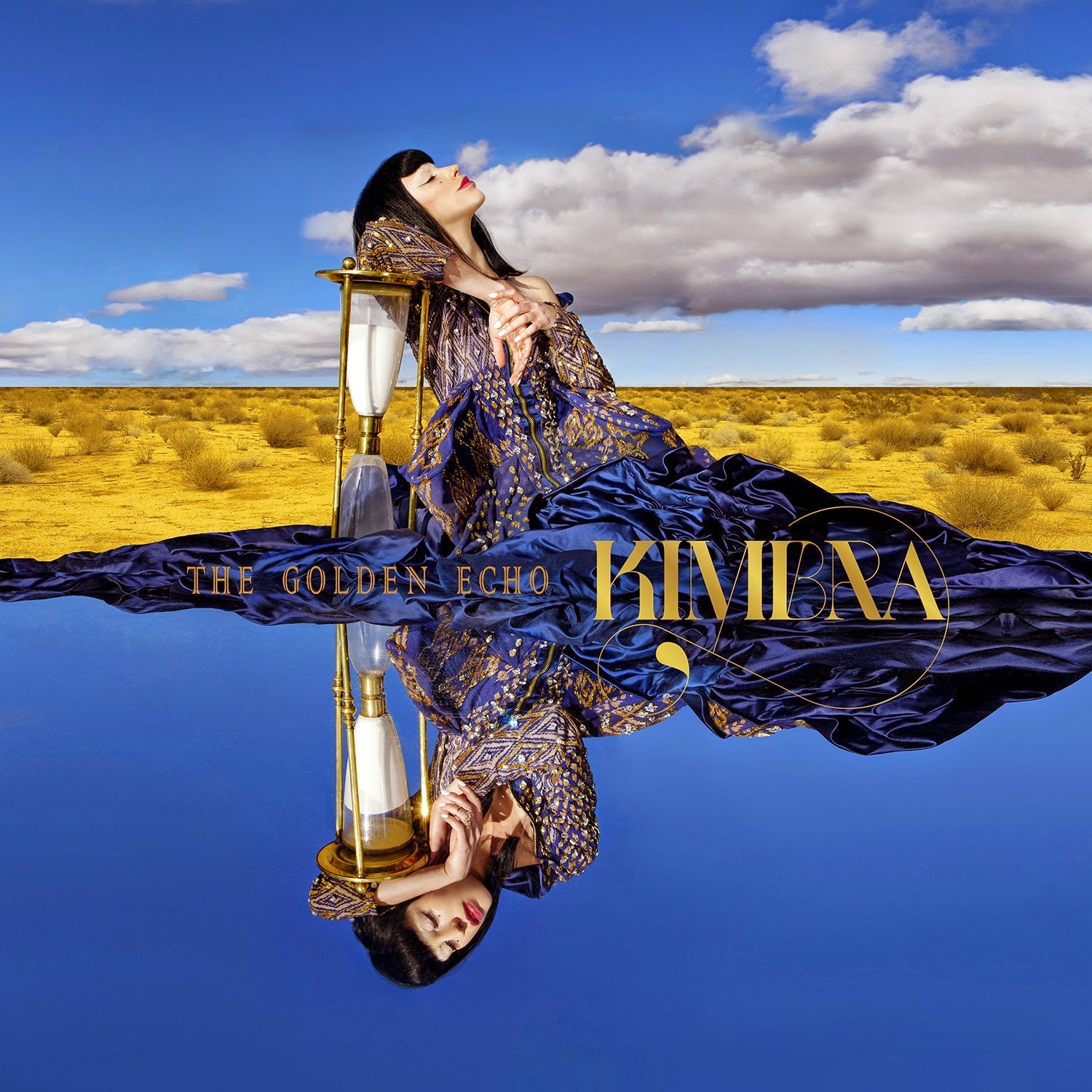 3. Kimbra, The Golden Echo
Oh, hi, Kimbra! I see you’ve been busy since you made my last Top Music post. Yes, the bouncy-skirted Kiwi with the killer vocal range brought out her sophomore album in 2014, making the world a better place. At first, I didn’t think The Golden Echo was as good as Vows, but the more I listened, the more I grew to respect what Kimbra’s doing. Vows was her foot in the door; it was perkier and more commercial, which ain’t a bad thing. But she’s not interested in treading the beaten path. The Golden Echo doesn’t sound quite like anything else. She relies heavily on synths and ambience to give the album a unique, haunting gloss. It’s introspective. Nostalgic. It seems to have arrived from a moody alternate reality. I always picture Kimbra crooning in a smokey old nightclub somewhere, and in The Golden Echo, she’s singing at the tail end of the night, as the melancholy barflies put on their hats and shuffle home. But there’s still plenty of spark and fizz, don’t worry. I’m glad Kimbra’s a mere 24, because her career can only skyrocket.
My Favorite Song: I like the album as a whole more than I like certain songs. But I definitely recommend “Miracle,” which is, ironically, the album’s most upbeat and pop-centric track. The fist-pumping chorus can still inspire sunshine on a rainy day. 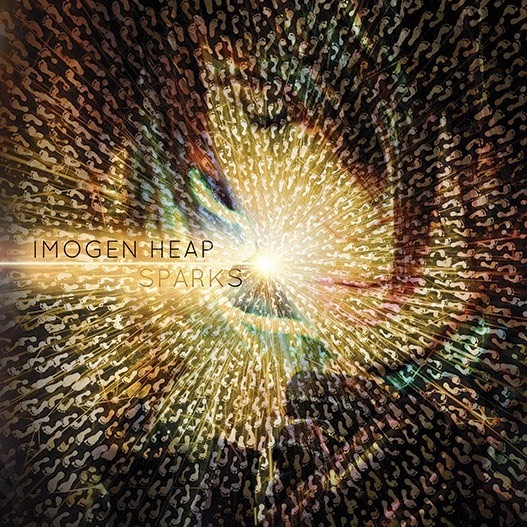 2. Imogen Heap, Sparks
Just look at these amazing women honoring my list! All of them experiment with music to some degree, but Imogen Heap has gotta be the most experimental. It’s almost worrisome. Would her fourth album be an unfocused, self-masturbatory mess of “ideas”? Nope. Sparks is fucking incredible. Yeah, it’s avant-garde out the wazoo. Her fans sent her audio clips to blend in. One track was composed with gestural gloves. Another is a jogging app. Each track was released as soon as she finished it. All this ties into the idea that music can do things, while still being a treat for the ears. What an amazing collection of songs Heap dreamed up! They’re about her childhood, about her travels to distant lands, about dead gardens and broken hearts and tsunamis and social evolution and....well, listen hard enough and you could find any meaning you wanted. Heap’s palette seems to be the entire history of music; she uses instruments and sound effects the way a painter uses his oils. The result is most certainly fine art. What’ll Imogen Heap try next? I don’t care if it takes a decade; I’m devout.
My Favorite Song: This one’s hard! So many winners! It’s either the spooky and sensual “Neglected Space” or the luscious, Chinese-flavored “Xizi She Knows.” Don’t make me pick. 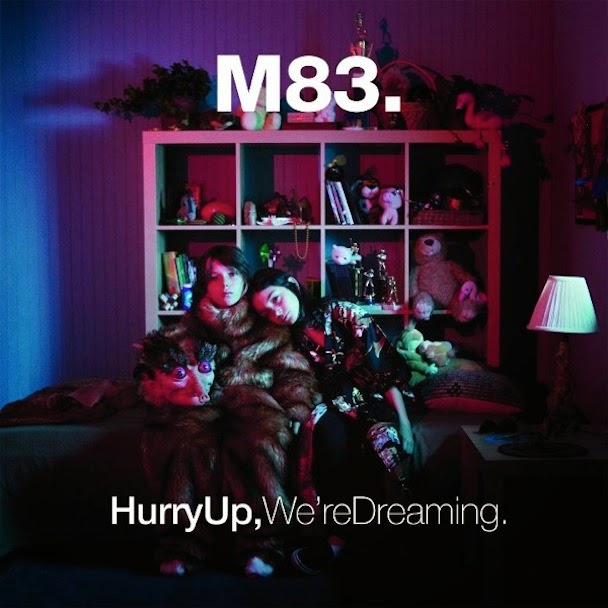 1. M83, Hurry Up, We're Dreaming.
Here’s a fairy tale. A couple years back, whilst filling bags of artisanal flour at work, I heard an amazing-sounding song on the radio. Sadly, I didn’t catch the title, band, or any lyrics. I despaired. Fast forward to early 2014, and the same song came on at the pizza parlor. Responding to my frantic yelps, my boyfriend ID’d it with an app on his phone. The song was “Midnight City,” the band is French synthpoppers M83, and their newest album sends me into fits of rapture. I wasn’t even prepared for how deeply I grooved, and still groove, to this mix of mellow and explosive aural orgasms. Hurry Up, We’re Dreaming. is a double album, 22 tracks of glory, sometimes dance-worthy, sometimes contemplative, always great. M83 says it’s styled like a soundtrack, and the music and lyrics do seem to tell a story, one you can translate as you go along. Is it too much? Is it a mere wall of sound, as some critics complain? If so, it’s the freaking Great Wall of China. I love music that has this much going on, this much synth, this many ideas and emotions. After one year and countless listens, this album still surprises me. And is my favorite of the year by far.
My Favorite Song: Like I said, “Midnight City.” That electronic banshee howl of a riff. Those low-key verses exploding as they end. That saxophone. Oh, GOD, that saxophone. I have chills. Most of what I love about music is in this song somewhere.
Posted by Dang-Blasted at 6:48 PM