Out of the Big Five (movies, books, games, TV, music), guess which one I tend to neglect on this blog. Maybe it’s because I’m not a band geek and have no clue how to talk about music (are something called “arpeggios” involved?), or maybe it’s that I’m ashamed of my weird, unclassifiable musical taste. I shouldn’t be ashamed. I should be defiant. So here’s a glimpse into the tuneful part of my brain. It’s scary. 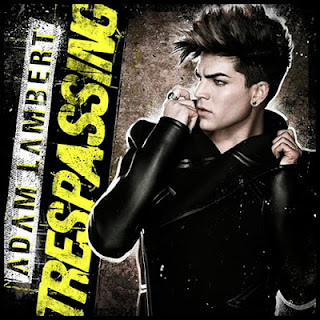 6. Adam Lambert, Trespassing
To anyone new to this blog who’s a bit slow on the uptake, allow me to inform you of something: I am a gay man. Sorry to startle you. And while I would not consider myself stereotypical when it comes to music (I really think Liza and Babs are kind of fucking terrible), I’d totally hang out with Glammy. His sophomore album shows his continued love of musical fabulosity, and although he’s definitely a guilty pleasure, I find him ever so sweet on the ears. Honestly, I’m more interested in Lambert’s sampling of olden pop flavors than his standard-issue singles; “Never Close Our Eyes” is so-so, but I much prefer “Kickin’ In,” which was grown in a petri dish from the genetic material of Michael Jackson’s “Smooth Criminal.” And, yeah, I also appreciate his frank shout-outs to gay rights and Being Yourself, because maybe they help. You never know. I can be austere at times, but there’s always a side of me that wants to hang lots of sparkly shit on my body and go clubbing. And this is how I feed it.
My Favorite Song: “Cuckoo.” It’s yet another song about dancing your cares away, but Adam infuses the track with the most delightful sugarcoated vibe. Suck it, Ke$ha! 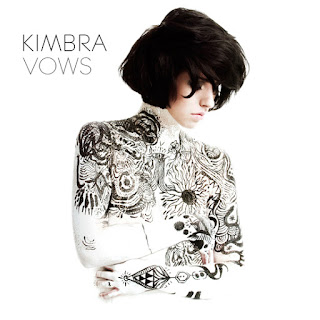 5. Kimbra, Vows
Her name may sound vaguely familiar. It’s because she’s the female voice on “Somebody That I Used To Know,” which is now stuck in your head. You’re welcome. Ah, but Kimbra is far more than Gotye’s Pissed-Off Fake Ex. She has her own debut album out, and it is freaking cool. She’s an old-school pop siren, cooing and roaring like a torch singer who knows you don’t really want to go home tonight. Her music is boingy, upbeat, and very versatile, and her voice is the real thing. Beware: some people look at Kimbra’s perky, cherry-lipsticked visage and immediately call her a Katy Perry knockoff. That is like comparing Welch’s to pinot because they both tenuously involve grapes. And when you actually take the time to listen, you realize that Kimbra’s the one you want to sit back and savor for richness.
My Favorite Song: “Good Intent,” a slinky, sexy lounge number that plays kind of like a dangerous, yet desired, seduction. Femme fatale-tastic. 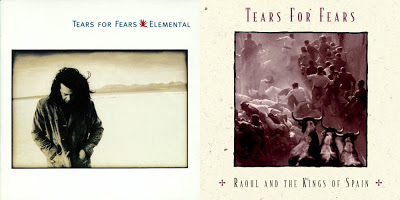 4. Tears for Fears, Elemental & Raoul and the Kings of Spain
Taken together, these two albums represent the second evolutionary stage of Tears for Fears. See, after surfing the New Wave wave for awhile, Curt Smith left the band and it basically became Roland Orzabal’s one-man act. But all drama aside, Orzabal’s two “solo” albums, both released in the 90s, are really damn good. He moved the sound of Tears for Fears away from New Wave and into...I guess you could call it Indie Rock? A lot of strong guitar work and deeply personal lyrics that get more interesting the more you listen. If the band’s early work dealt with soul-baring, then Phase II was all about Orzabal’s take on faith and identity, and he poured himself into his songs very well. This may not be what people remember when they think of Tears for Fears (how could it ever match “Shout” and “Everybody Wants To Rule the World”?), but it shouldn’t be overlooked. It’s powerful stuff.
My Favorite Song: From Elemental, my fave is hit single “Break It Down Again,” a song that will make you jump around the room, even if you can’t quite tell what the lyrics are about. From Raoul and the Kings of Spain, I must go with the eponymous track, which mixes icy-cool guitar grooves with a howling chorus that takes flight. 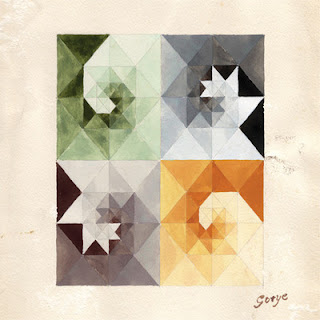 3. Gotye, Making Mirrors
Oh, I’m sorry, had you just gotten “Somebody That I Used To Know” out of your head? You might be interested to know that, unlike most people, I’ve listened to Gotye’s other work, and it’s amazing. It’s also very unlike his one gigahit; this Belgian pop oddball is not content to confine himself to a single genre. Every track on Making Mirrors speaks a different musical language: sometimes he sounds like Beck, sometimes like Sting, sometimes like he’s from another planet. I absolutely love musical artists who experiment, provided they don’t pull a Yoko Ono and decide that actual music is unnecessary. Fear not, Gotye is grounded in a rich layer of pliant vocals and inspired instrumentals, and the one thing that never changes is the deep empathy he works into his songs. Even a bitter ballad like “Somebody blah blah” is sympathetic to the human condition (both forlorn ex-lovers get to sing, after all). You get the sense that Gotye loves us for listening and hopes we’ll become slightly better people. I can roll with that, as long as he keeps making such haunting, evocative soundscapes.
My Favorite Song: “Somebody blah blah etc.” is really good, don’t get me wrong. But I will never stop listening to “Save Me,” an incredibly uplifting song about the redemptive power of love that acknowledges human frailty while insisting that happy endings are possible. I’m a believer. 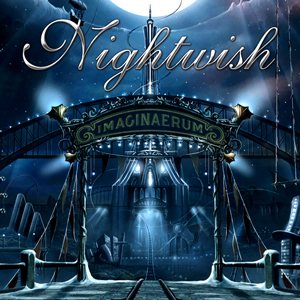 2. Nightwish, Imaginaerum
Ahh, the spectacle. The orchestral kookiness. The hair. Nightwish continue to entertain me with their particular blend of epic/fantasy/symphonic/not-really-metal metal, and their latest release is their most colorful yet. I know they’re drifting farther from their roots (and they just lost another female vocalist; what the fuck, guys), but while I’ll always treasure the operatic gravitas of Old Nightwish, I can’t deny that the high-concept genre-hopping of New Nightwish makes me all warm and tingly inside. Remember what I said about loving experimentation? Whether they’re screaming on their guitars, turning it down a notch for some folksy crooning, or paying blatant homage to Tim Burton, I’m a whopping great fan who’s salivating to see what they do next.
My Favorite Song: “I Want My Tears Back.” It might be my favorite song of the year. It has bagpipes and references to Alice In Wonderland; it swoops and snarls and blazes like a technicolor inferno. I want to be cast in its music video. 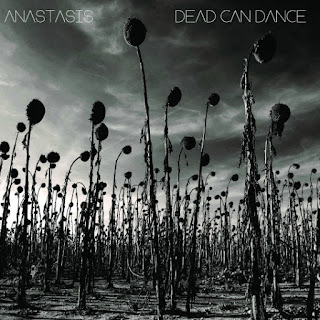 1. Dead Can Dance, Anastasis
Oh, my sweet baby Jesus, music lovers who don’t know about Dead Can Dance...ENLIGHTEN YOURSELVES. They existed back in the 80s and 90s: a pair of songsters (Lisa Gerrard and Brendan Perry) who took everything they could get their hands on -- rock, new age, worldbeat, a capella, fusion -- and wove it into a tapestry of sound, anchored by Gerrard’s spooky, throaty, wordless ululations. They parted ways in 1998. Now, a whopping 14 years later, their new album arrives to make love to our ears. And it’s like no time has passed. Anastasis is glorious to Dead Can Dance fans and a good intro for newbies. Their musical arrangements are grand; each one promenades past, unfolding to reveal its color and texture. They’ve always been multicultural in their approach, and so Anastasis often feels like it was written to entertain a god-king in some distant, exotic kingdom that was lost to history. It’s a tad emotionally remote, I admit...but then, I often feel like good songs get bogged down by their own lyrics. Dead Can Dance just makes MUSIC. They distill it to its concentrated richness. I’ve never gotten sick of listening to their older albums, and now a brand new one? The music gods smile on us.
My Favorite Song: “Opium,” in which anxious strings and horns swirl like a flock of birds around Perry’s calm baritone, giving the listener wonderful jitters. Appropriate, since listening to Dead Can Dance is like taking a drug with only positive side effects.

What musical stylings will 2013 bring? Is anything going to catch my ear in the same way? Will Peter Gabriel finally release a brand-new goddamn album already? Much is possible.
Posted by Dang-Blasted at 4:49 PM