It was kinda a “meh” year for gaming in Dang-Blasted land. I played a lot of games and liked plenty of them, but found none that I truly fell in love with -- at least, not to the point where I was bursting to grab the controller and play more every day. Funny, since I finally got a PS3 this year. That might say something about the current state of console gaming...or not. Anyway, after much deliberation and reluctant pruning (sorry, Super Meat Boy, you came so close), here are... 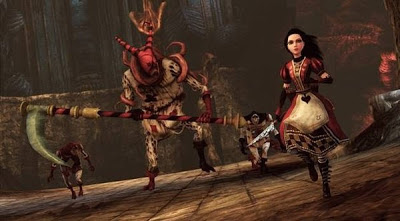 Alice: Madness Returns (PS3 & Xbox)
To begin with, a game that just barely earned a spot on this list. I played and enjoyed the original American McGee’s Alice all those years ago, and this unexpected sequel does a lot of tweaking and tinkering with its dark, fucked-up, metaphor-heavy take on Alice and her jaunts in Wonderland. It’s certainly better than its predecessor, but the story’s a mess and the gameplay consists mostly of generic platform jumping. So why’s it here? Well, it looks amazing, for one, with bizarre and unique scenery you won’t find in many games. And the combat system is improved by about 500 percent, allowing Alice to insta-swap between four or five weapons in order to unleash creative death on a plethora of creepily-designed foes. Even the most frustrating enemies were a shitload of fun to battle, and I’m not a combat-loving guy, so kudos. It might have limited replay value, but as my intro to the PS3, it was fairly solid and I dug its acid-trippy vibe. 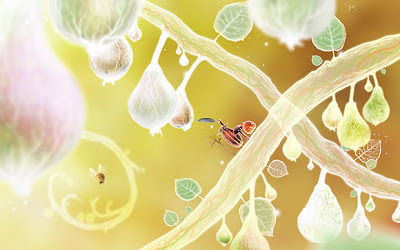 Botanicula (PC/Mac/iPad)
Amanita Design is pretty much the Pixar of indie gaming right now; their last major release, Machinarium, was one of the best point-and-click games...well, ever. Now we have Botanicula, which isn’t as good, but still better than most of the junk you’ll find on Steam. Set within the branches and roots of a giant tree, it stars a quintet of spritely little doodads who try to save their home from evil black fuzz. Or something. With its simplistic controls and good cheer, it’s clearly a game for the tablet-wielding younger generation, but it is utterly impossible not to love. Each new critter is brimming with personality, each maze-like area is wonderful to explore, and the puzzles, while easy for the experienced point-and-clicker, fit together very nicely. It doesn’t quite hold up to Machinarium, but in the same way that Ponyo doesn’t quite hold up to Spirited Away: the visionary minds decided to do something kids would like, and I’m fine with that. Amanita’s creativity and visual flair keep reaching new plateaus. Can’t wait for Samorost 3!

Limbo (Multi-Platform)
Bleak, monochromatic indie platformer dealing with the loss of childhood innocence #1! Limbo got all kinds of accolades from smug twats who pretend not to like mainstream gaming, but don’t hold that against it because it is one solid, engaging little homonculus of a game. You’re a little boy in a vast rotting world of shadows, searching. Just searching. As far as you know, there is no goal beyond simple survival, and everything you encounter -- creatures, machines, even other children -- can kill. Or are you already dead, as the game’s title implies? Is there any goodness or warmth left in your world? Yeah, Limbo is definitely the feel-bad game of the decade, but sometimes, a little bleakness is just what the doctor ordered. In addition, it has some really well-crafted puzzle sequences that make full use of your brain while freaking the shit out of you -- and, as is often the case, what you don’t see is infinitely worse than what you do. Also, there is a giant spider that will crawl out of your screen and into the part of your brain that births nightmares. Happiness and good cheer be damned; Limbo rocks. 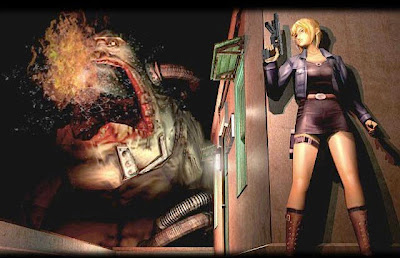 Parasite Eve I & II (PS1)
Gotta save some time each year to remind myself that gaming used to be a lot more interesting. The first two Parasite Eve games are underrated gems of survival horror (ignore that fucking 3rd Birthday travesty), and I was pleased as punch to discover them and get down to the business of shooting the bejesus out of creepy mutants as leggy psychic policewoman Aya Brea. Each game is very different in gameplay and presentation. I’d say that the first one -- a strange, cinematic chimaera that steals a lot of DNA from turn-based RPGs -- is probably the more solid game of the two. However, I personally had more fun, on average, gunning my way through the sequel, which is a more traditional monster-killfest in the vein of Resident Evil. Whatever your preference, both feature unpredictable plots and lovely pre-rendered graphics. Why the hell don’t we do those any more? Come for the boobs, stay for the nostalgia! 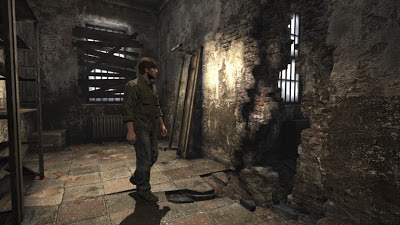 Silent Hill: Downpour (PS3 & Xbox)
Aaaaaaand this is what we have for survival horror now. I won’t deny that it’s several steps down, but although the latest addition to my favorite horror series had some notable tumors and hairy moles, Vatra Games could’ve done a lot worse. Ignore the standardized plot (haunted dude runs from emotional demons, yawn) and enjoy the detailed and complex realization of the haunted town of Silent Hill, where every street and alleyway holds potential secrets and hazards. This entry really ran with the idea that the whole town is a malevolent entity and the environment itself is out to get you. Add in some neat sidequests and a refreshingly stripped-down combat system, and yeah...I definitely give it my stamp of approval. In fact, I’d be down with Vatra making the next Silent Hill game too (if Konami can’t be coaxed back, of course), because Downpour has many flashes of brilliance and I bet they could learn from their mistakes. 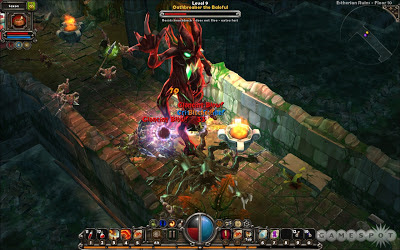 Torchlight (Multi-Platform)
Sometimes it seems like my video game attention span gets shorter all the time. Torchlight must be doing something right, because while playing it, I often caught myself going, “Oh, why not? I can totally spare another couple hours clicking my way through an isometric dungeon, slaughtering goblins and unloading excess loot on my faithful ferret, Tenzing.” Thanks to Torchlight, I will probably have carpal tunnel syndrome down the road, but whatever; stuff like this is what I do instead of popping bubble wrap. Some have sneered at this game for being an overly user-friendly Diabolo wannabe, but the thing is, THAT’S EXACTLY WHAT I WANTED. And it’s fun. Lots of fun. It’s a good dungeon crawler for people who dislike dungeon crawlers...like yours truly. And I should point out that Diabolo III came out this year and proceeded to alienate absolutely fucking everyone. What’s that? You can’t access your single-player campaign because some remote World of Warcraft server is feeling cranky? Don’t worry, Torchlight loves you like Blizzard never will! Come hack mushroom-men to death with me! 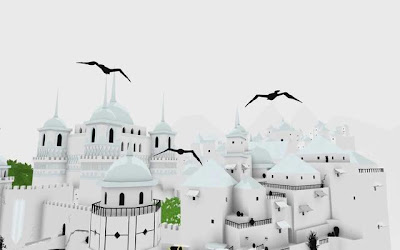 The Unfinished Swan (PS3)
Bleak, monochromatic indie platformer dealing with the loss of childhood innocence #2! Don’t worry, The Unfinished Swan is far more benign than Limbo, and while it’s short and unchallenging, its depth of story is impressive and it’s a great example of doing a lot with a little. Beginning with the tale of a little boy who loses his mother, the game plunks you down in a blank white space where you must slowly reveal the world (an abandoned fairytale city) by tossing ink around. In a way, you create the game as you play it, and I won’t reveal how this concept develops (both in gameplay and story terms), but the ending of The Unfinished Swan is deeply sad, achingly hopeful, and a ton more satisfying than the figure-it-out-for-yourself approach taken by Limbo. If The Unfinished Swan seems insubstantial, well, it did begin life as a student project. But I predict that student will go places. Would-be gamemakers, you really should focus on making cool stuff like this instead of sending your resume to EA in the hopes of spending your wretched career rendering the deltoids of fake football players. Because if you do create your own gaming treasures, people like me will give you major kudos. And we matter. We do. Believe it.
Posted by Dang-Blasted at 1:54 PM