Have you noticed that I have a huge fetish for making lists of things? Here’s another one.

I mentioned in my Top Games of 2011 list that I played a lot of different games this year. Some were good, some were okay...and some were flops. Nothing matched the sheer awfulness of the worst game I’ve ever played, which is Super Monkey Ball Adventure, but a handful simply let me down, and I’ll share them with you, for chuckles and as a warning. 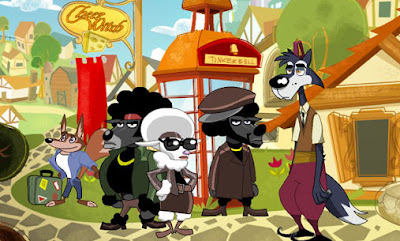 Big Brain Wolf (PC/Mac)
I like brain-teasers, I like comedy, and I like folklore. Big Brain Wolf combines all three......poorly. It’s a point-and-click game based around old-school puzzles, starring a vegetarian wolf who’s training to be a genie. Yeah, it’s the old “fairy tales get a snarky modern update” thing again, and it’s not as clever as it thinks it is. I wouldn’t call it a terrible game; the graphics are cute, the hero is funny, the puzzles are fine. But it felt clunky overall: bad controls, confusing structure, a lot of padding. It’s easy to miss some of the puzzles, and if you get stuck and need a hint, you’re punished with tedious “brain exercises.” Also, the first few spoken lines in the game use recorded voices...and only the first few lines. That is a fucking gyp. I really don’t think the (small) budget of Big Brain Wolf was handled very well. It doesn’t know what it wants to be, and once I beat it, I forgot most of it quickly. As will you. 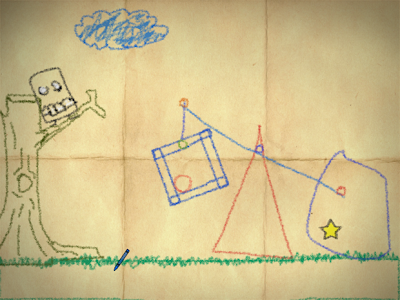 Crayon Physics Deluxe (PC/Mac)
Not liking this game makes me feel like a terrible person. For one thing, everyone likes this game. For another thing, artsy physics puzzlers are right up my alley; I loved World of Goo and Portal and I’m really looking forward to playing Trine. So why didn’t this beloved title, in which you can draw any object into the game, click with me? Too cutesy? Music too repetitive? Well, yeah, but the main problem seems to be that my right brain is working in the wrong ways; I’m a painter-type and the game requires an engineer-type. I go on YouTube and see people playing Crayon Physics with grace and brilliance, filling the screen with cool, complex Rube Goldberg contraptions. I play the same puzzle, and my mind goes blank, crying, “I love creative freedom, but this is TOO MUCH!” I’ll keep chipping away at this game and maybe it’ll grow on me. Maybe something will click and I’ll “get” how to play it right. As it is, I keep getting frustrated and feeling dumb. So the problem lies mostly on my end. Moving on. 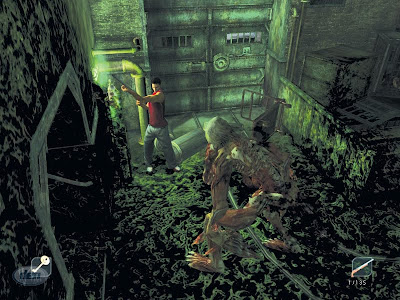 ObsCure (PS2)
I really, really tried to give this game a chance. It’s aptly-titled, I’m afraid -- a by-the-book survival horror romp about teens fighting monsters in a creepy prep school. It can’t decide whether it wants to rip off Resident Evil or Silent Hill, so it rips off both. Don’t get me wrong, it’s competently made. Graphics, controls, voice acting, all acceptable. But, Jesus CHRIST, is it generic. It doesn’t have a single new thing to add to the survival horror pie. Oh, wait, there’s one new gimmick: two-player co-op mode! In a game with fixed camera angles! There’s no way THAT could go wrong! Also, if a playable character dies, they’re dead for the whole rest of the game, so I spent most of the time frantically trying to keep all my teenage stock characters breathing. Ultimately, the main reason I gave up on ObsCure is that it was too dark to play. Literally. Partway through, the environment got so pitch-black that I couldn’t see a fucking thing, not even when I adjusted my monitor. Games that are guilty of such serious design errors, and don’t have anything interesting to make up for it, deserve obscurity. 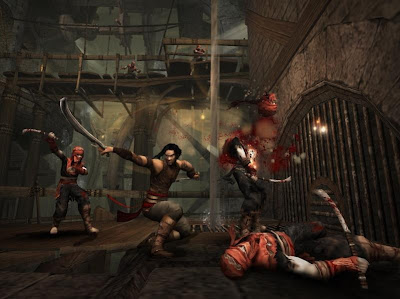 Prince of Persia: Warrior Within (PS2)
The general consensus seems to be that the one huge problem with Warrior Within is its weird and inappropriate tonal shift. While its predecessor was a breezy swashbuckling adventure, this one’s a dark and blood-soaked slog. The formerly flippant prince is now a snarling emo dickface. The formerly interesting female characters are now melon-chested trinkets. And so forth. BUT, Warrior Within is still a well-made game. I didn’t even mind its pretentious gloomy tone that much. What killed me was the difficulty curve. This game is supposed to be all about awesome parkour acrobatics and dodging spiky booby traps. Soooooo, why am I suddenly stuck fighting endless gangs of overpowered bad guys with no relief in sight? Call me a pussy for failing to master the prince’s convoluted button combos, but this is not my idea of fun. It’s just dreary. I gave it up for a game that didn’t make me want to render myself prematurely bald. 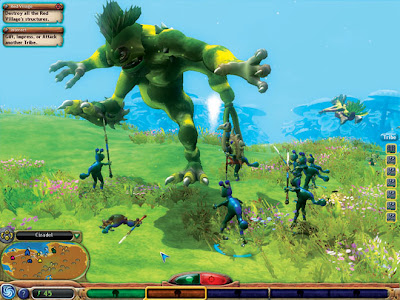 Spore (PC/Mac)
People will laugh like hyenas at me for starting to play Spore in the first place. Look, I KNEW it had been labeled the Most Disappointing Game In Human History. I KNEW that. But all that I’d seen of it, the trailers and screenshots and actually watching someone else play it, made it look like something I would enjoy playing myself. And I did, for awhile. But I got hung up on the Tribal stage. I’ve never been much into RTS, and I guess it was thick of me to assume that Spore, with its dumbed-down approach, would convert me. My interest petered right out, about the same time I destroyed an enemy tribe and was then informed that I should go and destroy four more enemy tribes in the same fashion. I liked the Cell and Creature stages because they felt more like a game and less like an endless to-do list. I play games for a lot of different reasons, but micromanaging is not one of them. So, yeah. I took a risk and it didn’t pay off. Maybe I’ll try again later. 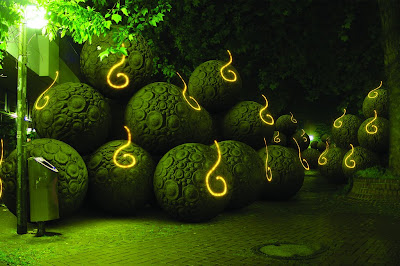 Trauma (PC/Mac)
I’ve mixed feelings about this last one. I guess it achieves what it sets out to accomplish; there’s just so very little to it. It’s a point-and-clicker, I guess, kind of like an interactive slideshow, in which a woman wanders through memory and dream while recovering from a car crash. It looks really neat and plays smoothly, but also manages to be way too short while simultaneously feeling stretched out. You can beat this thing in a half-hour or so, hidden easter eggs included, but it gets repetitive straight away and the protagonist’s stoned, navel-gazing demeanor does not endear her to the player. After a time, you’ll want to smack this woman and tell her to get the fuck over herself, car crash or no car crash. It sure is a lovely-looking game with some genuinely inspired images, but there’s no challenge and it holds your hand all the way through. Here’s a puzzle, says the game. And here’s exactly how to solve it. Did you get that? We’ll show you the solution a few more times. You doing okay? No, Trauma, I am not doing okay. I am fed up with you. Glad you were cheap. I don’t hate this game any more than I hated any of the games on this list. But it set up my expectations and then twisted them into a limp rag and squeezed them dry.
Posted by Dang-Blasted at 12:12 PM