I woke up this morning in time to catch the tail end of the Official Oscar Nominees Announcement of Officiality, brought to us by Jennifer Lawrence (who I swear grows a foot taller every time I see her) and that Academy president with the Danny DeVito accent. So I was in time to scream “Are you fucking KIDDING me?!” at least once with joy and once with disgust. Sprinkled in amongst this year’s safe, predictable nominees are some legitimate long shots, and that’s cool! A lot of “just maybes” became “totally yesses.” So, even though (as usual) we can pretty much predict all the winners already, I still feel like this Oscar season is a teeny-weeny bit unpredictable. I’ll take it! 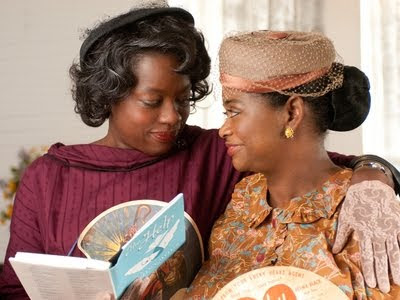 A Few Thoughts and Mini-Rants...

Warning: I’m just like the average dude in that I haven’t seen most of the major nominees and probably never will. So my own biases are shallow and crude indeed, as most of yours will be. Wheeeee!

First and foremost, the thing that pisses me off the most: the fact that enough Academy fools thought Extremely Loud & Incredibly Close was worthy of a Best Picture nod. Really, guys? A movie that critics didn’t like and audiences didn’t flock to, a facile and emotionally boring attempt to adapt an interesting novel, and you picked it for top honors? Look, I’m not saying you shouldn’t make movies about 9/11. But I am saying they probably shouldn’t have made this one. Tom Hanks at his Tom Hanksiest can’t hide the fact that the tragedy of 9/11 cannot and should not be summed up by a plucky autistic kid running around NYC on a magical quest that Changes People’s Lives. I’m especially mad because the book was really good. The book worked, because it was a book. I hate that Hollywood thinks they can adapt anything they want and then pat themselves on the back for doing so. It’s not gonna win, but still. EL&IC has no place at the Oscar table.

Yay for Viola Davis and Octavia Spencer! We knew it was coming, but still. Thank you, world, for realizing that (despite its misleading nature) The Help is not about an entitled white girl congratulating herself for being nice to poor black ladies. It’s about the goddamn black ladies. Who are beautiful.

The Best Animated Feature category: damn. On the one hand, I’m right well annoyed that Tintin got snubbed. While it was hardly a masterpiece, it was a damn fun film with really good production values and brilliant action sequences. On the other hand, it is REALLY cool that two foreign films I’ve never heard of, A Cat In Paris and Chico & Rita, snuck in. I’m glad that Pixar is being justly punished for dropping their first turd (seriously, can we just jam our fingers in our ears and deny Cars 2 ever happened?), but I’m irate that the mediocre Puss in Boots got a spot. Kung Fu Panda 2, I actually liked a lot. Go figure. Basically, if the tiresome Spanish kitty was replaced by a teenage Belgian journalist with a gun, this would be my favorite category.

I am very happy about Rooney Mara, Gary Oldman, and Melissa McCarthy; they are three of the maybes that became yesses, and they totally deserve it. On the whole, it’s awesome that Oscar is acknowledging other film genres besides Weepy Death-Ridden Drama, Pretentious Indie Pesudo-Comedy, and Epic Mangling of Historical Event. Don’t get me wrong, I’m glad that films like Brokeback Mountain or Precious exist; it validates that we are human beings with complex feelings. But we should always leave room for the Bridesmaids, the Dragon Tattoos, the Dark Knights. Because they, too, define who we are and how we think and live.

I wish I could comment on the snubs everyone’s mad about, such as Michael Fassbender (Shame), Shailene Woodley (The Descendants), Michael Shannon (Take Shelter), or Ryan Gosling (like three different roles). But I haven’t seen any of those movies. Derp.

Time for another mini-rant, even though it’s redundant: fuck the Academy for ignoring Andy Serkis. Yes, I am onboard with the pro-mocap crowd. That chimp in Rise of the Planet of the Apes was far more than a sophisticated special effect; Serkis made the character a hundred times deeper, richer, and more relatable than James “Everyone Thinks I’m a Good Actor Because I Cut My Arm Off On Camera” Franco and Freida “I’m Just Here Because the Movie Needed a Pair of Tits” Pinto. We live in an age when, yes, the line between real and digital is getting blurrier all the time. Motion capture is a form of acting. Yeah, it takes a ton of special effects people to make it work, but they are building the faces of their characters off the faces of the actors. That, coupled with the sheer physical work Serkis has done in this and other roles, makes him worthy. I hope this is one wall that’ll be torn down soon.

The award for Film Whose Omission Will Be Endlessly Whined About By Insufferable Young Hipster Film Students Until You Want to Strangle Them With Their Own Scarves goes to Melancholia.

The award for Film Whose Omission Is Probably Correct But Still Makes You Just a Little Unhappy goes to Harry Potter and the Deathly Hallows, pt. 2.

And the award for Film Whose Omission Just Makes Me Laugh My Ass Off goes to none other than J. Edgar, the movie which proved that when Clint Eastwood joins forces with Leonardo DiCaprio, their combined scowling curdles all quality. Ahhh, schadenfreude. 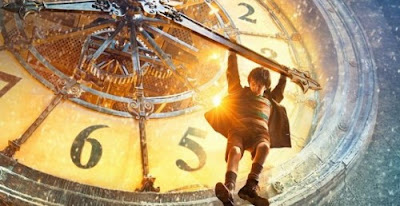 BEST PICTURE: I am so ticked that I missed Hugo in theaters. I want it to win, just because it’s not an emofest like so many of the others. Also, when has a movie that is ostensibly for children ever gotten Best Picture? Needs to happen.

BEST ACTOR: Gary Motherfucking Oldman. It so won’t happen, and I so want it to.

BEST ACTRESS: Viola Davis. It would be hilarious if Rooney Mara got it (I imagine the comical look of outrage on the face of every Academy member over the age of 55), but Davis broke my heart and then healed it again in a single movie.

SUPPORTING ACTOR: I do not like thee, Jonah Hill. The reason why, I cannot tell. Other than the fact that you glorify being a fat, immature, self-entitled manchild in a world with way too many of those already. That said, I’ll go with Christopher Plummer because he’s gonna win anyway, and also because of the gay factor.

SUPPORTING ACTRESS: My funny bone says Melissa. My head and heart say Octavia. I’d be happy with either, and good thing, because Octavia’s pretty much a given at this point.

ANIMATED FILM: Anything but Puss in Boots is okay by me.

MAKEUP: Gotta go with Albert Nobbs, based on the stills alone.

ORIGINAL SONG: Wow, two whole nominees. I haven’t heard the song from Rio and I don’t think the “Man or Muppet” song from The Muppets was that great, so I’ll pass.

SPECIAL EFFECTS: Hard choice! A Harry Potter win would be essentially rewarding the whole series, which is cool. Hugo’s effects are classier. Real Steel had some damn good robots (let’s just let Transformers 3 cry in a corner; that wretched franchise is lucky it got within a thousand miles of the Oscars). But I think I’ll go with the damn dirty Apes. Realistic chimps, gorillas, and orangutans gifted with subtle, wordless emotions and visibly evolving minds. Wow.

ORIGINAL SCREENPLAY: Bridesmaids all the way. It’s high time the Academy recognizes how brilliant comedic writing can be.

ADAPTED SCREENPLAY: Wish I’d read all the things the other things are based on. I guess I have to pick Hugo.


That’s it. With the other categories, I either don’t know enough about the nominees or just can’t be arsed. I’ll do another post after the ceremony itself, which will hopefully contain some well-deserved wins, a shocking upset or two, and the comforting balm-like presence of Billy Crystal. Stay tuned! 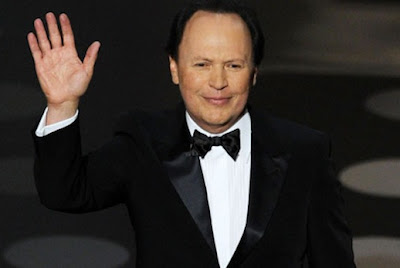