In the not-too-distant past, I graced this blog with a Top Ten list of my favorite TV shows. In that post, as a droll recurring gag, I made repeated references to how much I hated television, how watching TV is like eating a sack of horse tonsils, and then occasionally you’ll find a delicious marshmallow (sorry. When I picture horse tonsils, they look more like marshmallows than anything else). Things have changed since then. TV seems to be expanding its horizons, thanks especially to the new model of original web-based programming, where quality can matter more than popularity. Yes, there are hopeful signs. Utopia, the latest we-swear-it’s-not-a-Survivor-ripoff, failed so hard that the THUD of its faceplant was picked up on Alpha Centauri. Here Comes Honey Boo Boo was canceled, proving that network execs actually draw the line somewhere, even if it’s all the way up at “dating the man who molested your underage daughter.” I discovered the simple pleasures of cuddling my boyfriend in the evening as we half-watch something on Netflix.

I still am not fond of television as a medium. But I’d probably sound like way too much of a hipster douchebag if I said I still hated it. Especially when I’ve found plenty of new shows to enjoy. Looking back at my old list, I am, of course, bemused by some of my choices. Metalocalypse, for instance, may have been a lingering scream of defiance from my college-age self...but I can’t be sure, because I haven’t watched that show in years. Oops. Still, I don’t want to go replacing items on the list; that way madness lies. So here’s...a supplement. 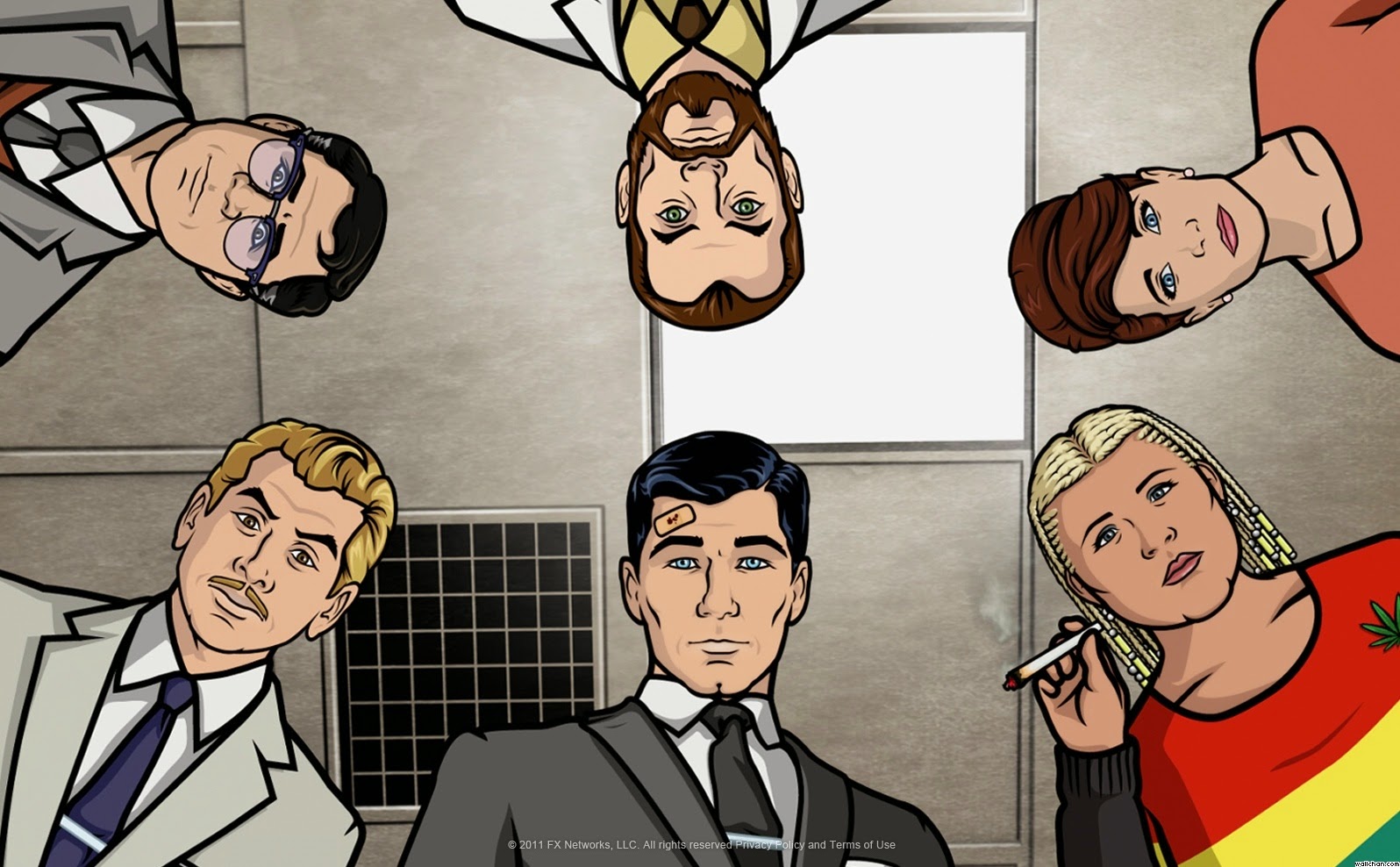 Archer
It’s hard to pull off R-rated cartoons. Since the main demographic is college douchebags, way too many adult toons focus on easy douchebag humor. Archer, made with love and mercifully separate from Adult Swim, is one of the funniest things I have ever seen on television. Yes, every single character is an asshole, but they’re such distinct assholes with such great chemistry that their insults and put-downs form a verbal ballet of inspired meanness. Set in...um...some time period or other...the show is less about espionage and more about spy Sterling Archer’s ego, insecurities, mommy issues, sexual hang-ups, and tendency to destroy everything in his path. His coworkers are the Greek chorus, and all of them, from the Hitler-cloned mad scientist to the ditzoid secretary with the murder fetish, can only clean up Archer’s messes...or worsen them. Archer has some of the best comedy writing out there: a wealth of catchphrases (“Nooooooope!”), running gags (everyone has Tinnitus), and bizarrely sophisticated one-liners (“Corinth is famous for its leather!”). It keeps getting better. Somehow. 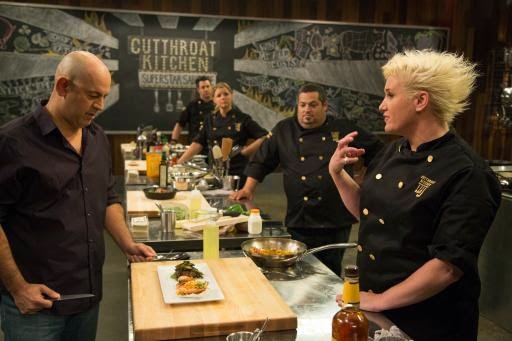 Cutthroat Kitchen
This one is quite a recent discovery. Normally I hate reality competitions where everyone acts like a jerk, but in this case, the jerks are all tongue-in-cheek. Professional chefs must cook gourmet food as the clock ticks, same old, same old...only in this case, they get to use their own prize money to purchase outrageous bonuses and handicaps. One chef gets the exclusive right to taste their food. Another must use doll-sized cooking utensils. A dude finds himself attempting to make “dessert mac-n-cheese.” Velveeta is substituted for Roquefort. You never know what these poor saps are gonna endure next, but often, they persevere, and their stubborn love of cooking leads to some truly inspired and tasty culinary innovations. And some epic flops. The best part is, the chefs can’t tell the judges what they went through, and it’s so shamefully amusing to watch them stand there, grinding their teeth, while the person who will decide their fate asks, “Why the hell are there Pop Rocks in my Baked Alaska?” Oh, Food Network. 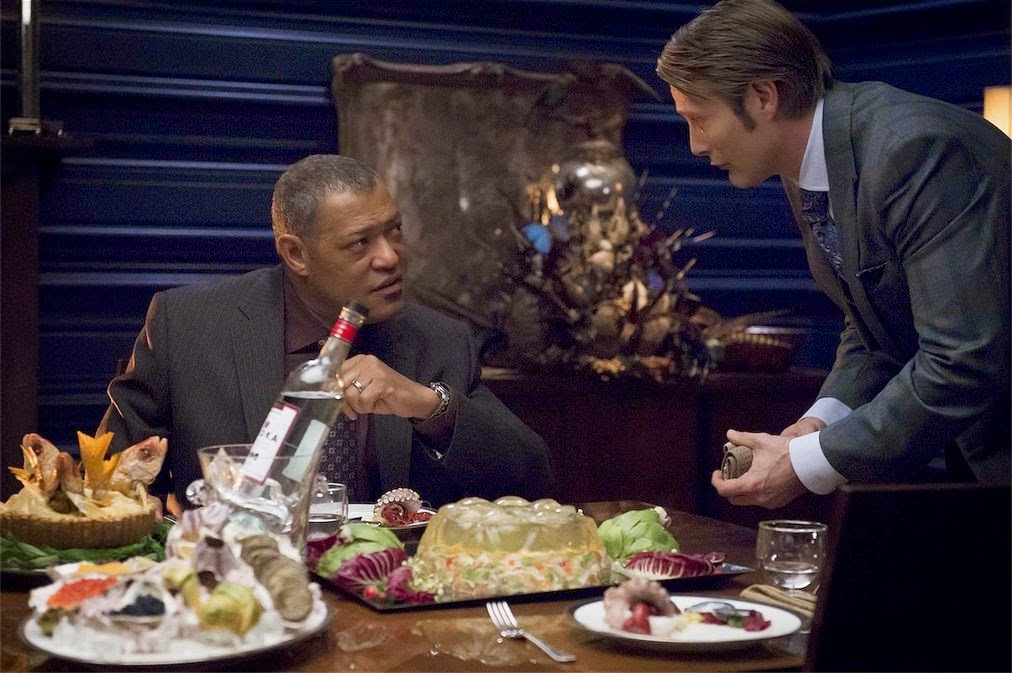 Hannibal
I hesitated when this show first appeared, looking for cracks. Then I dug in like a true horror gourmand. I’m not sure I’ve seen ghastly murder presented with the same unique, dreamlike style anywhere else. This ain’t Anthony Hopkins biting off prison guards’ faces; this Hannibal is low-key, elegant, and all the freakier for it. Baroque murder dioramas are juxtaposed with hallucinations and fine dining, and the lines between all three blur like watercolors. The entire supporting cast is great (Gillian Anderson’s subtle turn made my heart thunder), but it’s all about the twisted love/hate/dread relationship between secret psychopath Hannibal Lecter (played by the charming and ominous Mads Mikkelsen) and jittery FBI profiler Will Graham (Hugh Dancy, eyes haunted, self-control slipping). Two men who aren’t quite human beings, and who need each other, either as friends or adversaries. And if you think you know all the plot twists because you read the books...sorry. This is rich, savory, revisionist Hannibal Lecter, cooked to perfection. 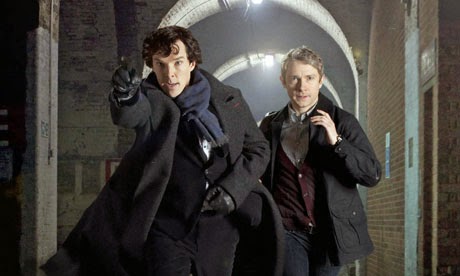 Sherlock
I almost forgot to include Sherlock on this list, but then I noticed irregularities in the grain of my carpet which led me to deduce that my gait had altered slightly, indicating something in my pocket. So I looked, and found a receipt, and by backwards-tracing my thought patterns while I was buying a baguette and some frozen tamales at City Market....okay, okay, I’ll stop. I could never compete with Benedict Cumberbatch’s standoffish Sherlock or Martin Freeman’s worldweary Watson, and that’s a good thing. Despite its modern setting and thrilling, kinetic style, BBC’s Sherlock is one of the best-ever depictions of the famous detective, because it nails how Holmes does what he does, and why he is as far removed from normal human beings as a waffle iron. He loathes his own humanity yet is terrified of losing it, and one look at Andrew Scott’s creepy, unhinged, bestial take on Moriarty shows where Sherlock could be headed if he lets himself. That’s incredible drama and it’s what makes this whole show incredible. Plus all the nifty deductions and stuff. 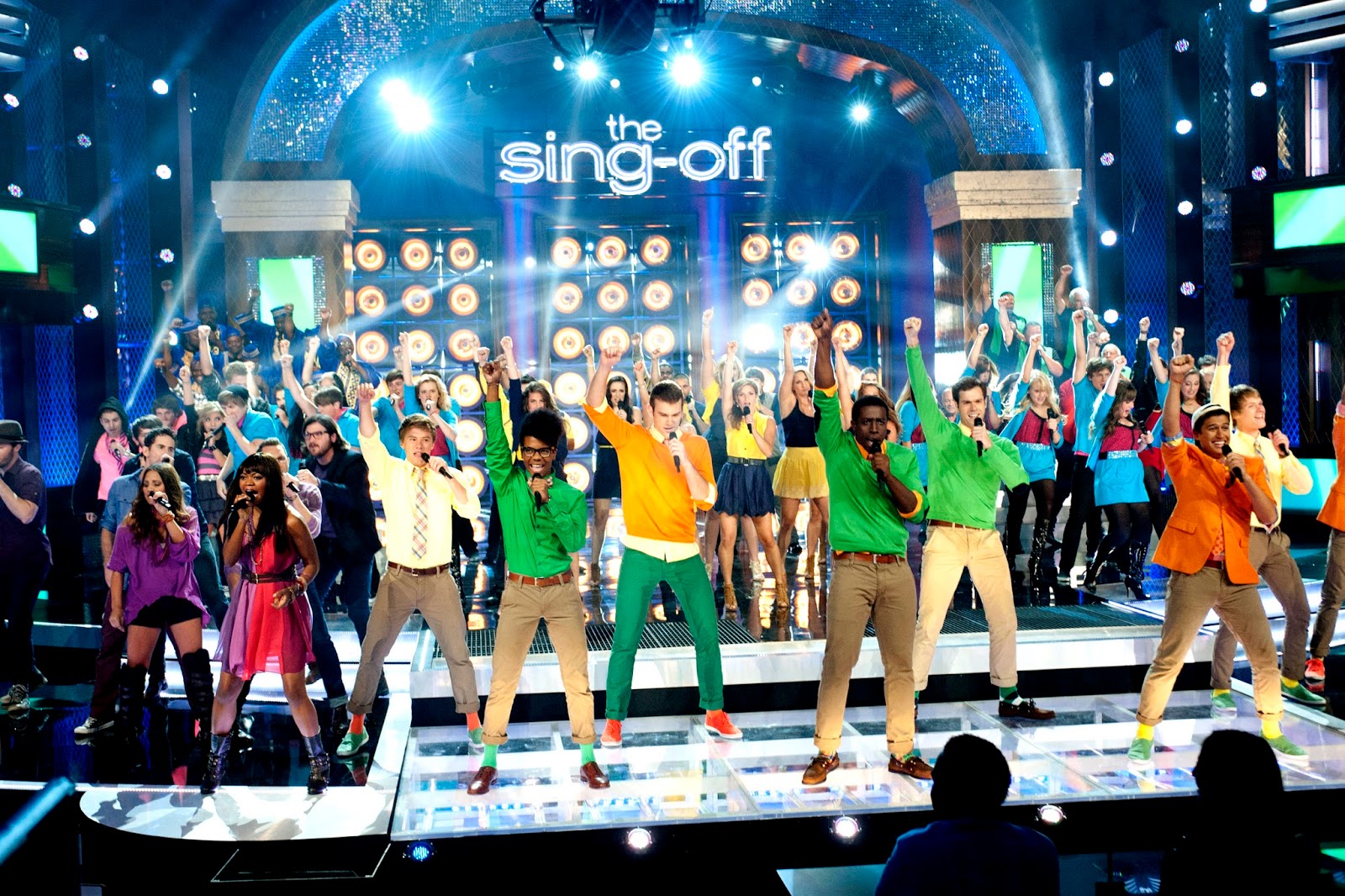 The Sing-Off
Wanna hear something obnoxious? This year’s “season” of The Sing-Off is going to be a one-shot holiday special. What the FUCK, NBC. You have this amazing competition that showcases real vocal talent and, for once, isn’t about making the contestants feel like scum...and you marginalize it like this? What about people’s love for The Sing-Off isn’t penetrating your skulls? I guess it’s better than nothing. Last year’s blog posts regarding this show (one and two) summed up what I adore about it. It’s a burst of unbridled happiness in the midst of the drear. I suppose I’m fated to watch their “holiday special” and hope that it’s a placeholder for a later, PROPER season. With actual episodes. And more time to know and love the earnest a capella groups busting their pipes for our enjoyment. Keep on harmonizing! 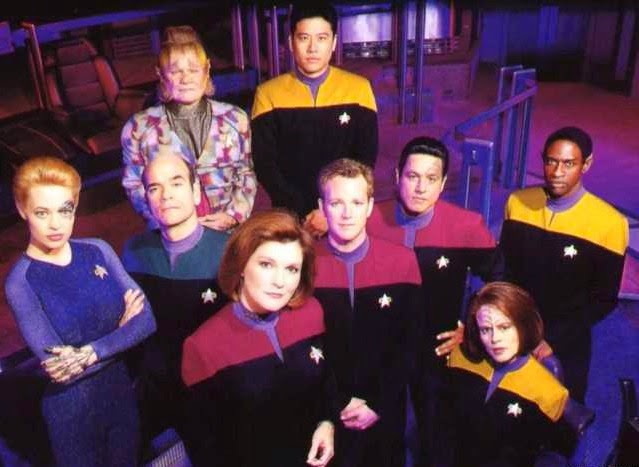 Star Trek: Voyager
And now I shall demonstrate why I am no true Star Trek nerd. Yes, I’ve seen at least a bit of every show, even Enterprise, and I can’t help but follow my heart, and my heart says Voyager. It’s not just that it has better special effects. It definitely doesn’t have a superior plot, although the premise -- the titular exploratory vessel is lost on the far side of the galaxy and must find a way home before its crew dies of old age -- raises the stakes considerably. I admit, a lot of it is a retread: look, ghetto Klingons! Look, the latest godlike being! Look, a new bad guy worse than the Borg! No...it’s the characters. On average, Voyager has the most characters I love. I love Chakotay’s zen-master cool. I love the Doctor’s prissiness. I love Seven of Nine’s...Seven of Nine-ness. And most of all, I LOVE Captain Kathryn Janeway. Because she’s a total badass who’s kicking her enemies in the balls when Picard would still be scrabbling for diplomacy. Because she would die for every one of her crew. And because, despite constant peril and the grief of being far from home, she is never without a sense of awe and delight in the unknown wonders of the cosmos. She reminds us why we want to explore space in the first place. Voyager is far from the most loved Star Trek show, but I don’t care. It wins my everything.

Next year...will I finally get around to Orphan Black? Will I find the time for one of those anime shows I keep eyeing? Will I (gulp) actually watch the last couple seasons of Fringe? Shame on me. I guess TV is as legit an art form as any other. Just don’t tell anyone.
Posted by Dang-Blasted at 3:19 PM