So, I love boss battles, but that doesn’t mean each and every one is automatically good. In fact, there are plenty of boss battles that just plain suck on balls. It kinda bites, getting to the end of a level/stage/chapter only to discover that the boss sucks, and it’s even worse when it’s the final boss of the entire damn game. Here are my criteria for a shitty boss: it requires no strategy, only endless button mashing; it’s repetitive and predictable; it’s a big old anticlimax; it’s designed to fuck you over by being different from the rest of the game; it’s lame and/or sloppy in design; it’s too damn easy; or it’s so damn hard that the flow of gameplay is broken. A boss need not meet all of these to be hated by me, but it helps. Okay, I admit that I hate some bosses as a result of personal bias. So if you find yourself going, “No way! [Name of boss] is freaking awesome!”, relax. This is my list, not yours. Here are....

(Note: I don’t think I could rank these in order of hatred, so they’re just in alphabetical order.) 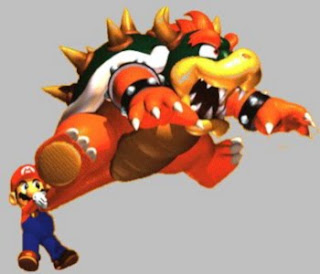 Bowser (Super Mario 64, N64)
Yeah, yeah. You know it’s true, people. Don’t get me wrong, Mario 64 was awesome, but the boss battles sucked. Especially the three fights with Bowser, which were just the same fight repeated thrice with one or two new attacks on his part. There’s no strategy at all: you just get behind him, grab his tail, and fling him into an exploding mine. And this was a very frustrating and difficult thing to do, requiring perfect timing, so you constantly failed and had to try again. And again and again. I’ve noticed that Mario bosses tend to be lacking, but Jesus. I guess the at-the-time-groundbreaking 3D conception precluded the possibility of boss fights that didn’t suck. After this ordeal, Peach had better have given Mario some bow-chicka-bow-wow. Mmmhmm. 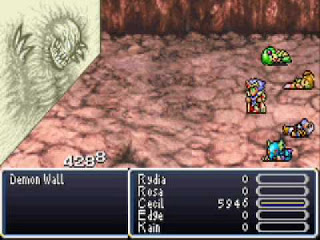 Death/Doom/Demon/Etc. Walls (Final Fantasy, various consoles)
They have a different name and appearance in every game, but these things are one recurring feature of the Final Fantasy franchise that I wish they’d demolish with sledgehammers. I don’t work well under intense pressure, so I fail to get enjoyment out of a boss that kills me if I don’t defeat it quickly enough. The Walls crush you into oatmeal if you’re too slow, and my resultant frantic spamming of the attack command removes all strategy from a game that’s supposed to be all about strategic fighting. I mean, the concept is cool and the battles worked, but I just hated them. And no, I didn’t like the FFX version, either. Because I don’t enjoy having Pharaoh’s Curse cast on me every time I fucking sneeze. 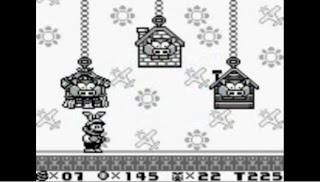 Every Boss in Super Mario Land 2 (Gameboy)
Remember what I said about lame Mario bosses? This Gameboy sequel was actually quite enjoyable, but all the bosses were dumb and childishly easy. You just bounce upon each one three times, and it dies. And they barely have any attacks. I mean, all the rat did was scurry about, all the crow did was fly back and forth, and the three little pigs? Whooooaaaa, each one jumps around in a slightly different manner! How unexpected and dynamic! And don’t get me started on Wario. Just don’t. If he chooses such lazy and uninspired critters to guard the six gold coins, he deserves to have his fat ass kicked. 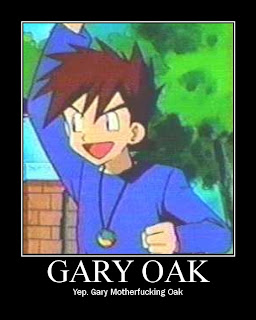 Gary Oak (Pokémon Red/Blue, Gameboy)
I was never really seriously into Pokémon, but I did play the original on the Gameboy. Never beat it, though. And Gary Oak is the reason. Everyone hates Gary; you’re supposed to. He’s your nemesis! From the beginning, when he sneakily waits for you to pick your starter Pokémon so he can gain the advantage, it’s all downhill. I COULD NOT win the final fight with him. His stupid fucking Alakazam mopped the floor with me every time. And don’t bombard me with strategies for beating him; I sold the game ages ago. Even if I’d won and made it to Indigo Plateau and Mewtwo, I’d still loathe Gary Fucking Oak forever. I’d like to stick his smirking face in a Pokéball full of AIDS blood. 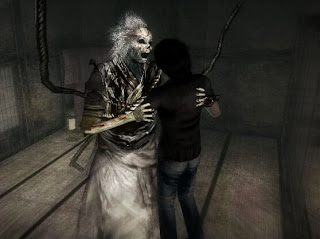 Kusabi (Fatal Frame 2, PS2)
Sigh....another game I didn’t finish because of a shitty boss. After you explore a haunted village and combat malevolent phantoms with a camera -- which rocked, don’t get me wrong -- they pull a major dick move with a final boss that pulls all kinds of shit you’re not prepared for. His main attack one-hits you, and you can’t even damage him except for this one small window of opportunity....which occurs the instant before his main attack. Get the picture? What really sucked, though, was that between the final save point and the final boss was a corridor that was about fifty fucking miles long and crammed with hard-to-avoid ghosts. After the Kusabi killed me in less than a minute, I thought: I’m expected to go through that slog again? Fuck that. Guess I won’t be watching no Fatal Frame 2 end credits. The people responsible for that dick boss don’t deserve to have their names read by me anyway.

(Note: The screenshot above is actually from Fatal Frame 3, since I couldn't find a good pic of the FF2 Kusabi. But as the FF3 version looked about the same and sucked just as hard, I think it's okay.) 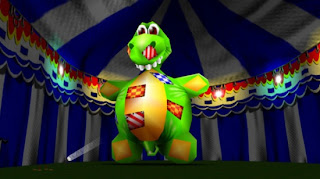 Mr. Patch (Banjo-Tooie, N64)
Banjo-Tooie added the boss battles that Banjo-Kazooie lacked, and they were....decent. Except for Mr. Patch. This boss was a giant inflatable dinosaur thing (you just know some furry somewhere has fapped to him) who spat exploding beach balls. You had to fly around him, firing grenades at the colorful patches on his body, gradually deflating him. Yeah, it sounds fun, but it was just plain tedious and frustrating. The flying in Banjo-Kazooie was never very fine-tuned or precise, and the arial aiming could have used a polish as well. The result: hair is torn out, teeth are gnashed, controller is flung. Boss battles are allowed to be really hard, but not when the difficulty is the result of shoddy gameplay mechanics. Mr. Patch wins bonus shit points for failed potential. 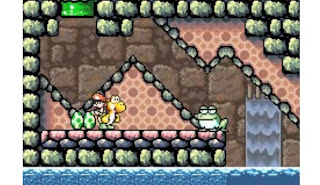 Prince Froggy (Yoshi’s Island, SNES)
Here’s another one that sounded better on paper. While most of the Yoshi’s Island bosses were ordinary baddies that had been magically blown up to size by Kamek Koopa, this battle had Yoshi getting shrunk and eaten by a frog. You’re trapped in his gullet, battling his uvula. Seriously. Meanwhile, drops of stomach acid rain from the ceiling and big shy guys crowd in with you. Setting aside the logistical issues (if Kamek can shrink Yoshi, why didn’t he do it earlier?), the cramped setting and raining acid made it practically impossible to beat the boss without taking damage. Seriously, can someone give me pointers? How am I supposed to unlock the hidden bonus levels if this shitty, unfair, overly difficult boss battle drains my timer? 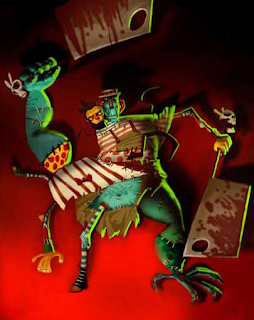 Psychonauts End Boss (PS2 & Xbox)
I won’t identify the boss because that would spoil the plot, but it provided a hideously anticlimactic ending to an otherwise excellent game. Everyone’s heard about the difficulty curve of Psychonauts, how it starts out really easy and then gets insanely difficult. Well, the final boss could be toppled by a toddler. Why? Because they abruptly hand you this super special awesome power that renders you invincible, that’s why. Here is how the fight goes: you avoid the boss for a bit, which is really easy as you are faster than it. Then your power meter maxes out and you pummel the boss invincibly for a bit. Lather, rinse, repeat. What lame bullshit is this? Oh, and in addition, the final battle has so much needless particle rendering going on that it usually causes my PS2 to crash. Dammit, Psychonauts, you are so good! How can you also be so lazy? 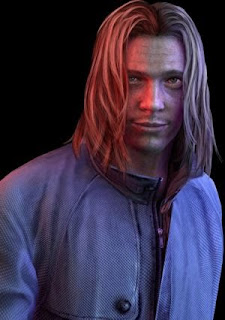 Walter Sullivan (Silent Hill 4: The Room, PS2)
I love the character and backstory, hate the final battle with him. Walter Sullivan is this freaky undead serial killer who must be in tight with the supernatural powers that be, because the boss fight pulls every dick move in the book. You can’t even damage him for most of it; he runs around impudently, carving away at your health with a fucking PISTOL and a fucking CHAINSAW as you attempt to retrieve some spears and stick them into this monster-fetus thing growing out of the wall. Only then can you actually hurt Walter, and the camera is totally on his side because you can barely see what you’re doing. Also, your female sidekick is marching cheerfully toward a razor-sharp death machine, and if you don’t beat Walter quickly enough, she dies and you get a bad ending. Silent Hill 4 was just a dick game in general, so I shouldn’t be surprised that the final boss was designed to ruin your happiness. 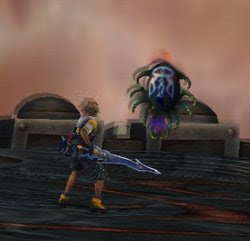 Yu Yevon (Final Fantasy X, PS2)
I put the fight with Sin as one of my favorite boss fights. Too bad the awesomeness couldn’t carry over to the actual final battle. Yeah, let’s stick this one with the other classic Final Fantasy end bosses. Zeromus, Kefka, Sephiroth, and.....a little bug-like thing that can’t kill you. Wait, what? The game goes on and on about how powerful and evil Yu Yevon is, and yet he just looks like a slightly oversized tick. And if he kills you, that cute little angel flies down and brings you back, thanks to automatic auto-life. I know that video games have gotten easier as they’ve grown into the mainstream, but why must we assume that all PS2 owners are fragile children who’ll have a breakdown if they can’t win the game? I like to pretend that the battle with Jecht is the real final battle and that all that follows is just a big interactive cutscene. It eases the disappointment of an end boss that you could squish beneath your Chuck Taylors.
Posted by Dang-Blasted at 4:28 PM