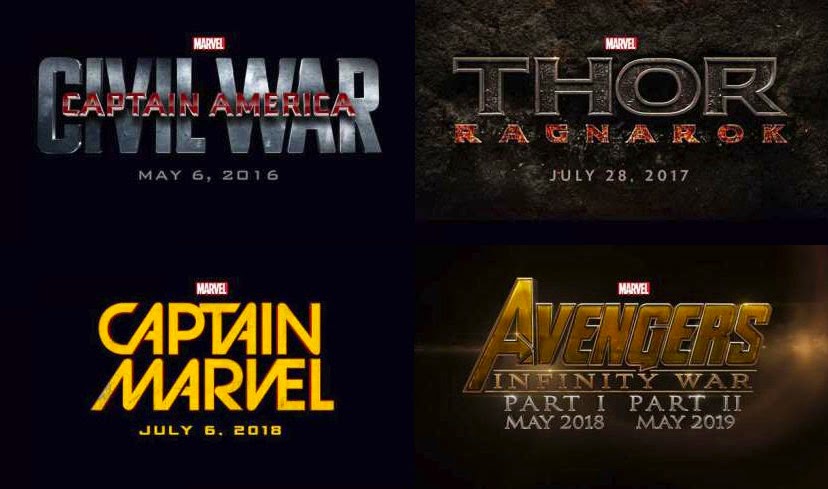 Today was a reaffirmation of the way cinematic blockbusters now operate. A rafter-rattling day for geek culture and a day that made every major movie studio in America frantically revise their upcoming release calendars. A day in which the name “Carol Danvers!” was cheered to the heavens. In short...Marvel Studios just handed us Phase Three. Nine new movies were confirmed in one way or another, giving us a look at the Grand Plan all the way to 2019. By then, the world may be sick of superhero event films, but right now, caught up in the excitement of TITLES and SUBTITLES and CHADWICK BOSEMAN, I can’t imagine why.

My Marvel villains list has miles to go before it sleeps.

Once again, I am NOT a comic book fan. This is not going to be a terribly long post, and it will not be choked with breathless theories on what comic plotlines might be utilized and which supporting heroes or villains might crop up and what outfit they’ll go with for Maximus the Mad and so forth. Others are doing that already. This are just my initial thoughts, with a scant bit of fact-hunting on Wikipedia. Very scant. Ladies and gentlemen, here are the next nine Marvel films.

Captain America: Civil War
Everyone wondered if they’d do Civil War, and everyone was dead right. Basically, Iron Man 4 is never, ever going to happen, but as consolation(?), they’re putting Tony Stark in Cap’s next outing....as a quasi-villain! To condense a very long and convoluted story that I know next to nothing about, the comic book Civil War is a very “ripped from today’s headlines” saga in which the U.S. government decrees that all superpeople must register themselves and clip their collars to a federal leash. No more secret identities, no more unsanctioned day-saving. Iron Man, the conservative businessman with a public persona, is fine with this. Captain America believes it flies in the face of what it means to be a superhero, and becomes a fugitive. The cinematic version will follow its own narrative threads, and you have to wonder how they’ll do the “renegade Cap” thing when they already did it in Cap 2. Ah, well. Tony Stark as reluctant antagonist should be nifty. But how the hell are they gonna fit the Winter Soldier into this mess? 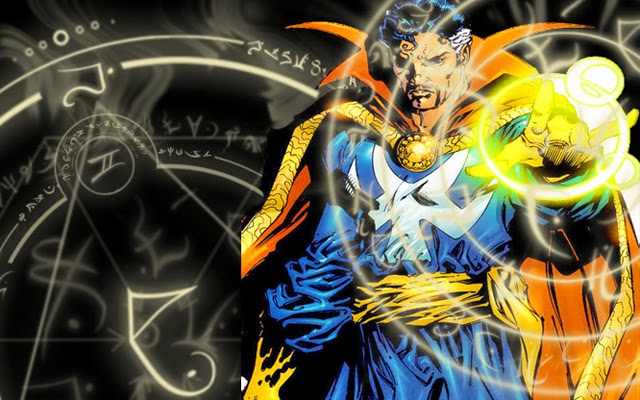 Doctor Strange
From what I gather, Doc Strange is a very, very, very, very bizarre Marvel hero who inhabits a world of magic and sorcery and psychedelic backgrounds. He may not seem to jive with the science-heavy Marvel films, but time’s gotta tell. And there’s probably gonna be another Infinity Stone in there somewhere. Nerd-dom blazes with rumors that Strange will be played by Benedict Cumberbatch. So far, Team Marvel has refused to confirm or deny this. I’d be down.

Guardians of the Galaxy 2
My boyfriend said of GotG that he hasn’t enjoyed a movie this much since Terminator 2. That’s a pretty impressive statement and a testament to how much unabashed fun the world just had with Peter Quill and co. We can’t wait for more. More weird humor, more fuck-you attitude, more retro soundtrack, more dancing Groot. There is some trepidation, touched upon by Entertainment Weekly writer Darren Franich in the link up above, that GotG 2 will be one of those annoying “set-up movies.” Like Cap 1 or Iron Man 2, it may be overly concerned with laying down groundwork for later franchising, and won’t be that great on its own merits. This is especially plausible given the OTHER outer-space superteam project that Marvel is doing; see below.

Thor: Ragnarok
It seems that of Marvel’s mini-franchises, the Thor films are the least-liked. Me, I actually enjoy them a lot. I acknowledge that their mix of high fantasy, bizarre tech, and inappropriate slapstick doesn’t always work. But visually, they’re a gas, and Chris Hemsworth brings a good tongue-in-cheek note to Thor. We knew we’d get Thor 3 and it looks like a doozy, but will it succeed at winning people’s hearts? More importantly, what’s Loki gonna be up to? That’s all we care about, right? God, I hope they don’t make him a hero at the last minute. He’s LOKI. He sells tickets by being nasty. Kill him off if you must, but give him an epic demise, not some weak-ass “For the Greater Good” bullshit. 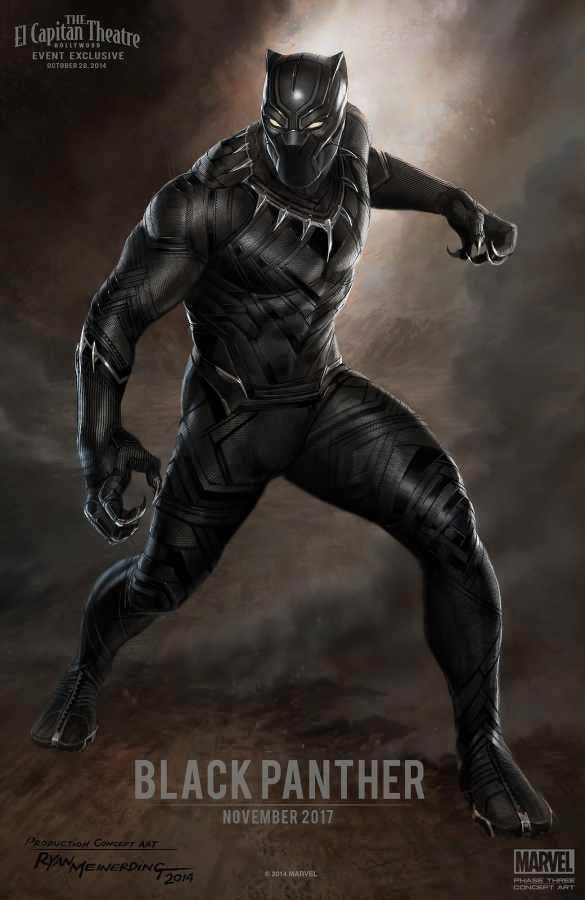 Inhumans
When it comes to Inhumans, I’m kind of like the older dog sniffing suspiciously at the new puppy that the family just introduced. It looks cute, but will it piddle all over the carpet? Will it steal everyone’s affections? Did we really need another “team” movie? Inhumans ties closely with Guardians of the Galaxy; it’s about a society of people who were born of human DNA but superpowered via genetic tinkering by the Kree (the race from which GotG’s Ronan the Accuser hails). Look, I really, really like the Guardians of the Galaxy (bitch) and I kinda resent the fact that they now have to share time and space with the Inhumans, who are a more somber and emo bunch. Again, I barely know anything about these guys. But this is why I’m worried about GotG 2. I fear it will be treated as the opening act for Inhumans. I’m hopeful as ever, but my bag of tomatoes is ready to fling, just in case. 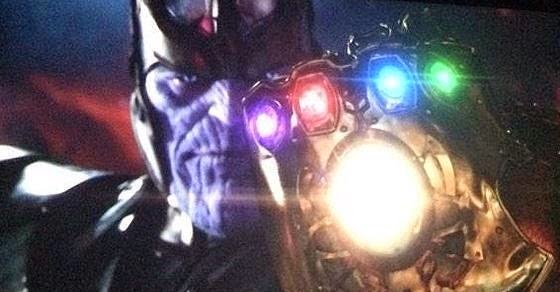 Avengers: Infinity War
Part One and Part Two. Yes...the third Avengers film is so gigantic that it’s a fucking TWO-PARTER. Jesus Christ. It hasn’t just been a big bluff: Marvel is fully committed to making the biggest, hugest, most epic superhero adventure in the history of superhero adventures. Through one teaser image, they confirmed that Infinity War happens when Thanos stops sitting around on his purple caboose and acquires all six Infinity Stones, creating the Infinity Gauntlet and unleashing every conceivable kind of mayhem on the entire Marvelverse. Whoof. These movies are probably gonna have every goddamn character in them somewhere, and may utterly topple under the weight of their own ambition. I mean, what happens if Infinity War disappoints? It’ll probably be the worst example of cinematic hubris in human history. Or...Infinity War could be so amazing that no future superhero movie will ever match it. Nor should they.

So that’s what we have to look forward to. Oh, wait, almost forgot: DC is also making a bunch of superhero movies and they have some enticing new tidbits. “Wonder Woman’s name is now Wretched Woman,” came the official release, “as we feel the classic, beloved Wonder Woman is untrue to the themes of our DC Cinematic Universe. Wretched Woman’s costume will resemble a gray prison jumpsuit, she will have no hair, and her bullwhip will be lined with ground glass, so she can slash innocent bystanders out of the way as she battles Baroness von Gunther. Meanwhile, our Aquaman film will center on a bloody quest for vengeance after the entire Pacific Ocean is covered in a lethal oil spill, killing all marine life and leading to...hello? Hello?”

When asked to comment on the current status of the Spider-Man Cinematic Universe, Sony executives simply stared at their own hands and wept.
Posted by Dang-Blasted at 10:21 AM