To Squee Or Not to Squee: Hannibal, pt. 2 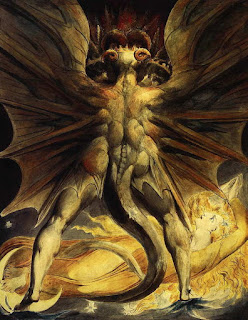 There was once a hungry fox who noticed a succulent bunch of grapes hanging high over his head. Craving the grapes, the fox did everything in his power to knock them down, but failed. Finally, disappointed, the fox went on his way, muttering to himself that he’d never wanted those damn grapes in the first place. What I’m saying is, some people will write lots of flowery paragraphs about how three seasons of Hannibal were enough, about how the show needed to end while it was still strong and undiluted, how we’re fine without any more, really. They are lying. And though I’m trying to be mature about this, FUCK, I AM NOT READY TO LET GO. I’ll maintain my vigil over the grave of this wonderful show, hoping for a hand with perfectly manicured nails to pop from the earth, clutching a fondue fork.

The final six episodes took Thomas Harris’s first Hannibal Lecter novel and made it into a vivid epitaph -- for now, anyway. There was no last-minute rescue by some other network. It hurts. It hurts bad. But I’m happy to report that the Red Dragon story arc married all the show’s best elements. It wasn’t sluggish like the first half of the season; enough material was packed into the six eps to make it almost feel like a season in its own right. It did justice to the novel (mostly) while bidding farewell to its cast of partially devoured souls drowning in the crimson allure of Dr. Hannibal Lecter. It still wasn’t quite as good as this show has been in the past, but it sated my hunger until the next course, which I must believe will come in time. 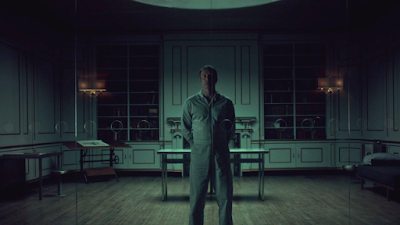 Hannibal, the man, is a construct. A series of elegant puzzle-box layers surrounding an unspeakable core. He is all artifice, all facade. Red Dragon gives us a killer who is the opposite: all emotion, all pain and id and physicality. That’d be Francis Dolarhyde (Richard Armitage), dubbed “The Tooth Fairy,” who murders happy families. A man so bizarre and inhuman that only two men and one blind woman can make anything out of him. The men are Will Graham and Hannibal himself. Three years have passed and Will has fooled himself into thinking he’s normal again. He has a wife, Molly (Nina Arianda), who nurtures him while knowing in her heart she’ll never quite have him. Hannibal, meanwhile, previously gave himself up to the FBI for shits and giggles, and now resides in prison under the cold, watchful eye of his onetime lover, Dr. Alana Bloom (Caroline Dhavernas). Hannibal’s cell is more like a vast, luxurious study; even in captivity, he requires comfort. Jack Crawford wants Will to assist on the Tooth Fairy case, and Will is yanked back by the hooks still buried in his psyche.

The Red Dragon arc has a lot of ground to cover. It hits all the beats from the novel -- the tiger, the flaming wheelchair, the dentures -- and at times it felt like a checklist. The show continues its knack for surprising Lecter fans, often by swapping out one character for another. Alas, that Red Dragon couldn’t have taken up an entire season, a recurring tale mixed in with other material for thirteen episodes. Instead, Hannibal returned to its crime procedural roots somewhat, while also running with its dream-images of grisly beauty; it gave us the best of both worlds. You see, Francis Dolarhyde is transforming in his mind, giving way to an entity inspired by William Blake’s watercolors of a savage and sexualized dragon-man. Armitage, best known for playing Thorin in the Hobbit trilogy, portrays Dolarhyde as a man attempting to move and speak through constant, excruciating pain -- the pain of being a monster in human skin. He has a raw beauty (he looks a little like Robert Patrick’s T-1000) and a haggard, harelipped scowl, and in his debut episode, he conveys all we need to know without uttering a word. He thinks he’s impregnable, until he meets Reba (Rutina Wesley), the blind woman, who refuses to judge him. The possibility of love and tenderness cracks Dolarhyde’s human suit before he’s ready, allowing Will and Hannibal to slither in. 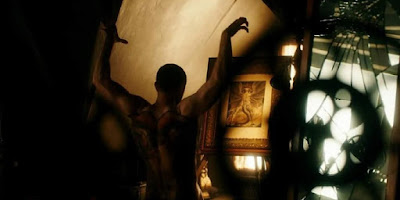 All things come back to Will and Hannibal; Dolarhyde is simply a catalyst to bring the two star-crossed antiheroes back into each other’s orbit. Hannibal has less to do in these episodes; cozy in his cell, he pulls a string here, nudges a chess piece there. Will, Crawford, and Alana find themselves scheming amoral schemes in dim rooms, and Will comes to accept he’ll never be free. He was doomed from the moment Hannibal saw him as more than a curiosity. But how does it all end? Oh, it ends. The season/series finale is an ending, to be sure. It could also be a beginning. The Red Dragon arc abandons the source material to focus on its three main players, and what follows can only be called a consummation of sorts. I won’t spoil it. But it puts Will and Hannibal in a place from which they may never need to return. And it finally, finally, allows Will a position of dominance, of control. Meanwhile, we get more-or-less satisfying cap-offs for other characters, including a truly shocking and pitch-perfect revelation concerning Dr. Bedelia du Maurier. The show even continues the dark running gag of inflicting copious bodily harm on sleazy Dr. Frederick Chilton (Raúl Esparza) without actually killing him. Dry chuckles. (In the book, tabloid journalist Freddie Lounds meets a ghastly fate; on the show, Lounds, gender-swapped and played with amoral relish by Lara Jean Chorostecki, was too good a character to sacrifice.) 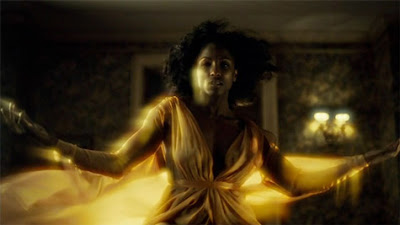 Yes, the ending is an ending, and still, Will’s final decision is sure to be debated. (And the post-credits scene with Bedelia may be dismissed as a tease for a phantom Season Four, but still wraps up her character pretty well, when you think about it.) I will wait for more forays into this universe, but in the meantime...thank you, Bryan Fuller, for never, ever compromising. Thank you for using your final season to craft two very different, sumptuous tales -- even if you did rush the story along in the process. And thanks to the cast! Mads Mikkelsen and Hugh Dancy have woven the narrative around their relationship and will always be linked in my mind. I love how Laurence Fishburne took Jack Crawford from angry doggedness to bitter acceptance of man’s evil. I appreciate Dhavernas’ Alana Bloom, who was really annoying in Season Two (“I am sleeping with him, therefore I refuse to hear a word against him! BAWW!”) before undergoing a killer metamorphosis. And I have plenty of affection for those two wiseass forensics guys played by Scott Thompson and Aaron Abrams. (They have names, but from the beginning, I have lovingly thought of them as Thing One and Thing Two.) Finally, I tip my hat to the late, lovable Beverly Katz (Hettienne Park); I hope your thinly-sliced corpse turns up in a modern art museum.

Thanks to all. And I will wait patiently until the players find a time and a place to reassemble. In the meantime, my consolation prize: Fuller is working on the American Gods TV show, a project which has my full attention. He’s going to make it beautiful and epic, and, God, do I hope it won’t sink in the tide of bullshit on TV. Yes, I am grateful that Hannibal got three seasons when it could have only gotten one. Yes, its story can be over. But it doesn’t have to be. A show this unique, this ambitious, defies TV Land. Wait with me. Sit at the table and chat with me while the next course is prepared. It takes a long time to make a meal, but the result is all the more mouth-watering.

A toast to Dr. Hannibal Lecter. Long may he simmer. 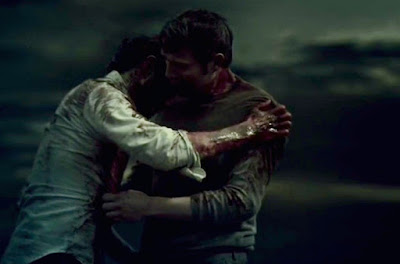