So, so many movies are released every year -- and unless they make millions of dollars, win a bushel of awards, or are notoriously awful, a big chunk of them are destined for relative obscurity. The unwashed masses may flock to the blockbusters and I’m not saying they shouldn’t, but I toil to keep my favorite movies from falling through the cracks. Here’s a collection of films that are somewhat obscure -- because they’re indie-minded, or underrated, or hail from a different era or country, or all of the above. Personally, I think they’re really good and more people should watch ’em. If you’re weary of Summer Blockbuster Season 2014 and are dinosaurian enough to still have Netflix DVD by mail, why not try... 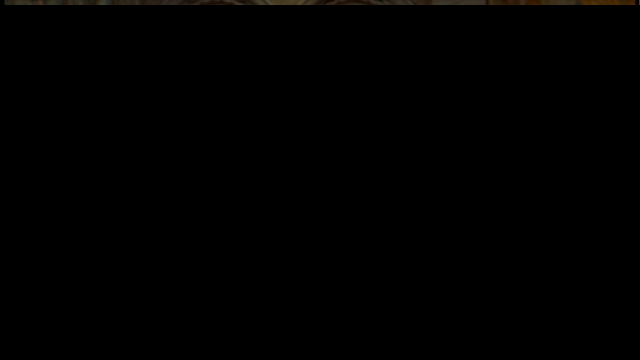 The Court Jester (1955)
Most of this list is contemporary, but The Court Jester proves how timeless humor can be. Guys, this is one of the funniest films ever made. Watch it if you don’t believe me. But put your cynicism on hold first, because this is old-school humor, relying on screwball timing, wordplay, song, and a plot that ignores logic with gusto. The sublime Danny Kaye is a bumbling medieval outlaw guarding an infant prince, and he finds himself impersonating a world-renowned court jester for...complicated reasons. A bitchy princess desires him, a witch hypnotizes him, there’s several heinous plots going on, and I can’t spoil any of the goofy hijinks that ensue. Each meticulous, choreographed gag knocks it out of the park. The script is comic poetry. If you’ve ever heard someone recite, “The pellet with the poison’s in the vessel with the pestle; the chalice from the palace has the brew that is true...” they’re quoting this film, and please join us in never letting it fade from memory. PS: Young Angela Lansbury is smoking. 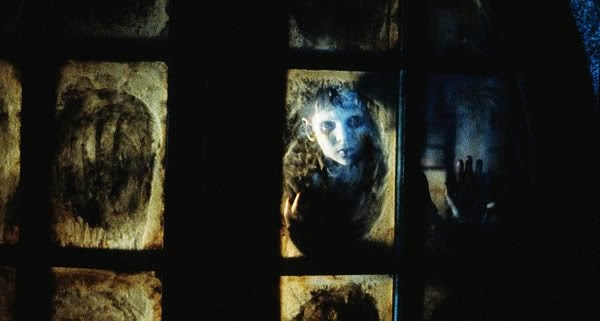 The Devil’s Backbone (2001)
Guillermo del Toro has achieved mainstream fame, and deservedly so. Why not explore his early efforts? Pan’s Labyrinth is the famous award hog, but its “brother film,” The Devil’s Backbone, is just as good if not better, for my money. Both films are set at the end of the Spanish civil war, both star children, both feature a mix of human evil and the paranormal. However, Backbone is moodier, eerier, and more steeped in regret than Pan’s Labyrinth. It’s a ghost story set in a doomed orphanage, and the ghost, a murdered boy, is one of the more unique phantoms you’ll see onscreen, frightening not because he pops out of dark places to scare people, but because he desperately wants to communicate with the living. It’s a gloomy film but the shadows and darkness are alive. It’s del Toro at his most understated, yet his offbeat stamp is everywhere. Don’t just watch Hellboy and then call yourself a del Toro fan; appreciate this as well. 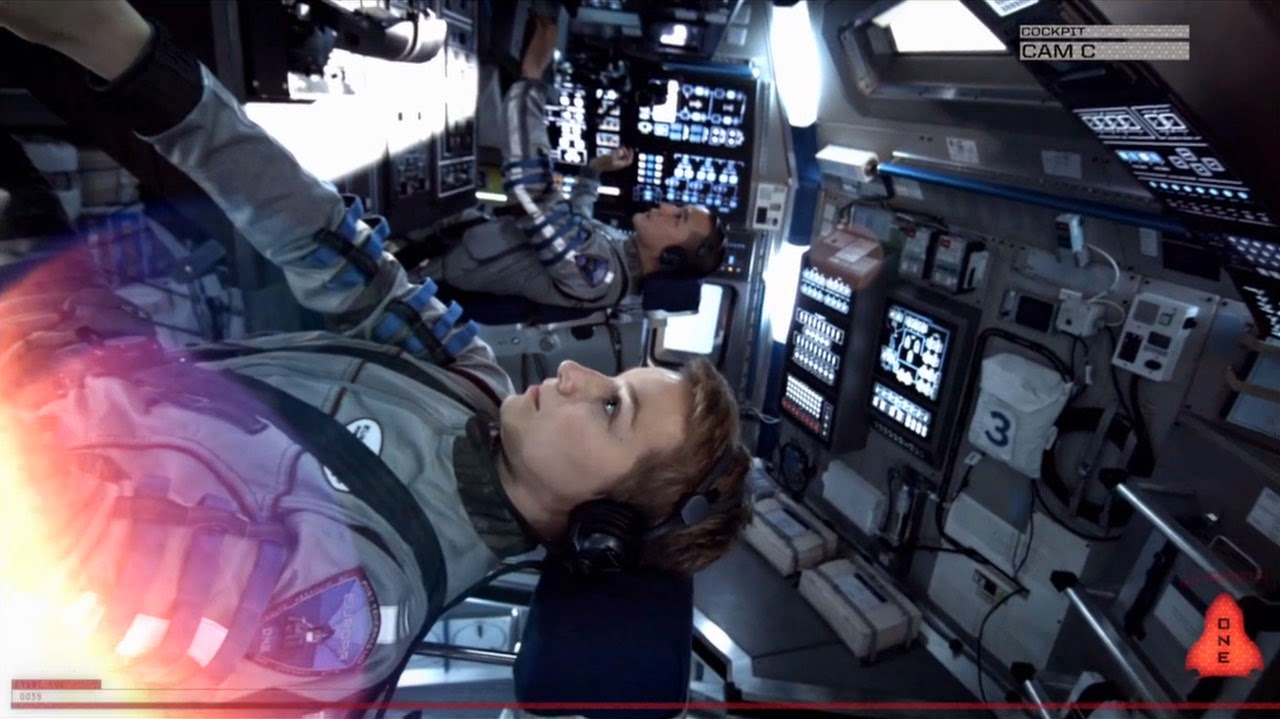 Europa Report (2013)
The Found Footage genre is problematic. Thanks to Paranormal Activity, it’s utilized mostly for horror, and other genres’ handheld inroads have had mediocre results (Chronicle being the notable exception). Europa Report barely appeared in theaters last year, which is a shame, because it’s a very compelling and thoughtful movie, in its own little way. It’s about a manned mission to Europa, Jupiter’s watery moon, that (of course) goes awry and finds more than it bargains for. But don’t expect a horror film or a disaster flick, though there are trace elements of both. Are there aliens? I won’t say. But the events of the film proceed with a somewhat riveting inevitability, helped by the organic outer-spacey special effects, which are convincing precisely because they don’t draw your attention. Apart from Sharlto Copley and Embeth Davidtz, the cast are unknowns, which is good: found footage aspires to ape reality, and with Europa Report, you believe what you’re seeing. You do. I beg of you, don’t get bored and stop watching, because the ending is a one-two punch of tragedy and awe. 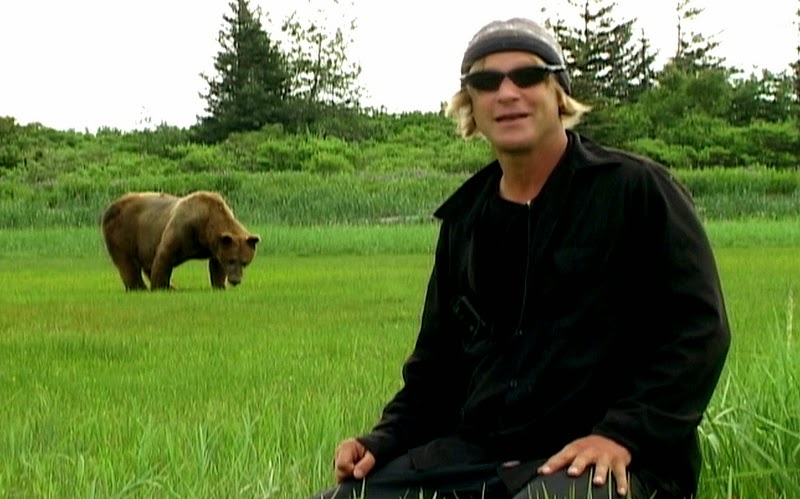 Grizzly Man (2005)
This feel-bad Werner Herzog doc made a big splash when it came out, but since documentaries tend to have brief shelf lives, I should promote Grizzly Man as a timeless cautionary tale. Herzog is a director fascinated by human folly, which makes him perfect to scrutinize the late Timothy Treadwell, eco-warrior and self-appointed champion of Alaska’s grizzly bears, who, along with his girlfriend, was devoured alive by one of his furry pals in 2003. The film has a hypnotic dread to it: we know Treadwell’s ghastly fate, and so does Herzog’s camera, and as a result, Treadwell comes across not as a noble crusader for ursine rights but as a pompous, self-deluded wannabe messiah who lived in denial of the harsh realities of nature, and of the oblivion he was speeding towards. Werner Herzog is a brilliant asshole, and it took a brilliant asshole to make a nature film that you can’t look away from, no matter how hard you try.

Identity (2003)
What? I never said all these films would be masterpieces. Identity ain’t gonna win any awards (unless there’s something for “Best Use of Rebecca de Mornay’s Severed Head In a Tumble Dryer”), but I believe it was unfairly dismissed as just another horror/thriller. This is a film that’s all about the twist ending, and although I spoiled it not long ago, I won’t do so here, because you enjoy the film more when you let yourself be fooled, misled, and jerked around. First it’s about hapless motel guests being murdered, but then the “murders” start looking more like cosmic bloopers. Every character has a secret, no one can be trusted, and the bloodsoaked mystery envelops the viewer until you can’t look away lest you miss something crucial. And as for that twist ending, it could have been nuke-the-fridge ridiculous, but it somehow works because of how well the film has sold its own internal logic. Hitchcock’s ghost is smirking. 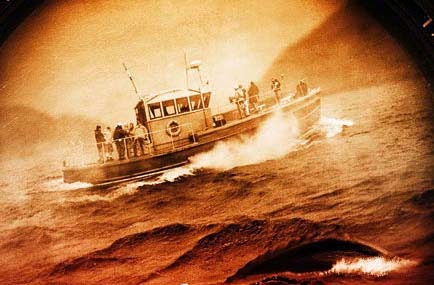 Incident at Loch Ness (2004)
Hello again, Werner Herzog. Compare Incident at Loch Ness with Grizzly Man and you see how unclassifiable the man is. This prankish, head-scratching film is a bizarre mash-up of genres, an “X meets Y,” though the best I can do here is “This is Spinal Tap meets Lake Placid.” Herzog is making a documentary about the Loch Ness Monster, and someone else is making a documentary about the making of the documentary, and there’s a lot of winky-winky humor and Steve Zissou-like hijinks, and then the actual Loch Ness Monster turns up and starts eating cast members, and we have no way of knowing if this was a failed documentary that Herzog repurposed as fiction, or if the whole thing was planned as fiction from the start, or WHAT. You see how I needed a huge run-on sentence to sum up the film, and still failed. It’s that kind of movie, and I freaking love it for breaking every rule there is to break. If you’re confused, ask Herzog. Or just sit back and chuckle at what is, in the end, an excellent black comedy. I think. 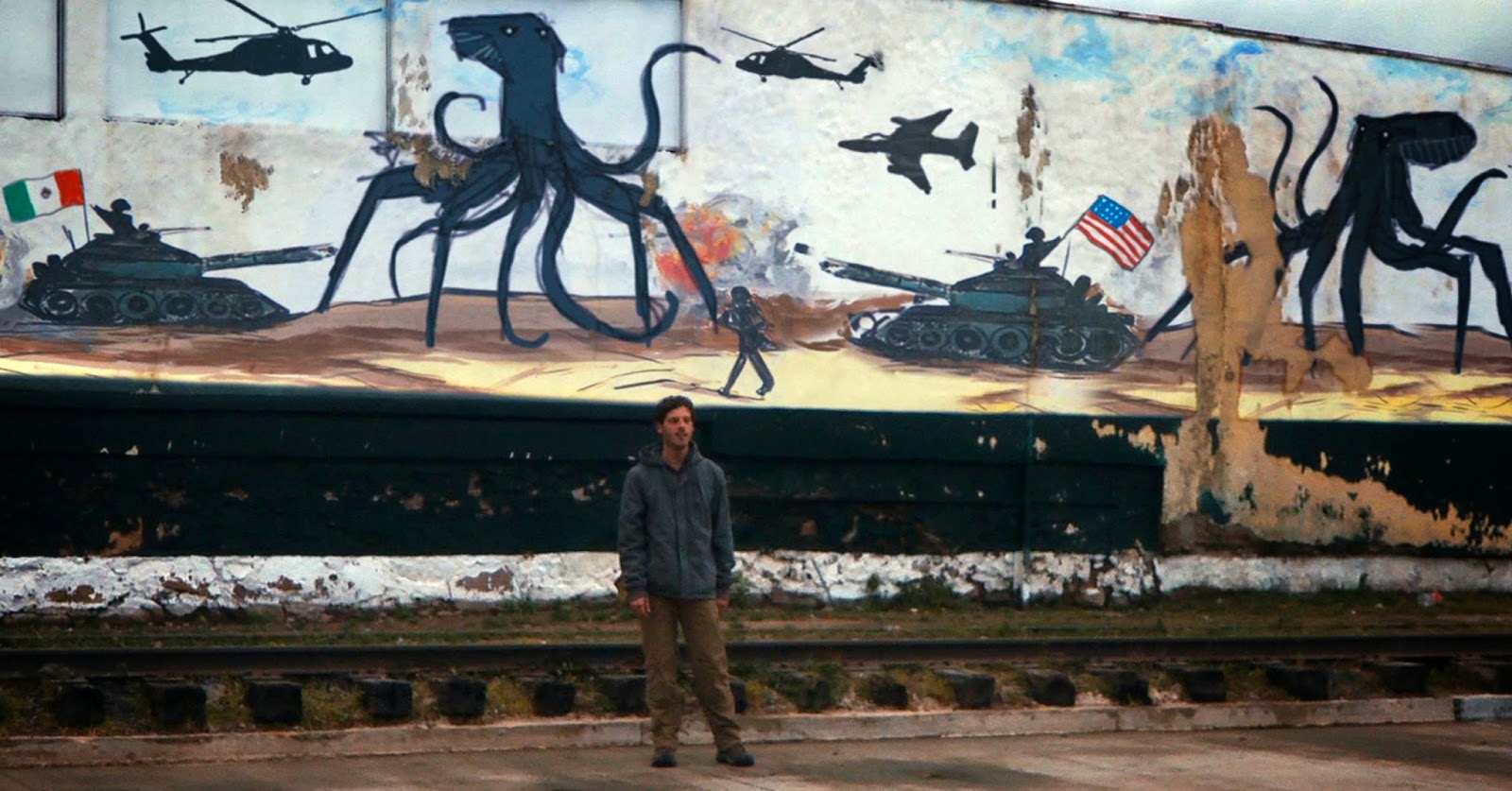 Monsters (2010)
It’s nice when talent is recognized. Monsters has shed some obscurity lately due to its director, Gareth Edwards, being handed the recent new Godzilla film. Godzilla 2014 was pretty awesome, and Edwards’ earlier big beastie movie shares DNA. Monsters is a great example of doing a lot with a little. It’s set in a near-future where a big chunk of Mexico has been infested by giant octopoid creatures from Europa (hello again!), and follows two people’s perilous journey northward into the US. There are barely any monsters onscreen. There are barely any actors onscreen. Instead, there is hypnotic intrigue, a slow-paced trek through a world not quite right. But it’s not a horror movie. It ends with a beautiful revelation about the towering alien creatures, their motives, and...their thoughts. There’s a bit of that old trope, We Are the Real Monsters, but this isn’t a preachy movie, just an introspective one. It takes a deep breath, then slowly exhales for ninety minutes. It’s sublime. I knew Gareth Edwards was going places, and I hope Godzilla is just the next stepping stone. 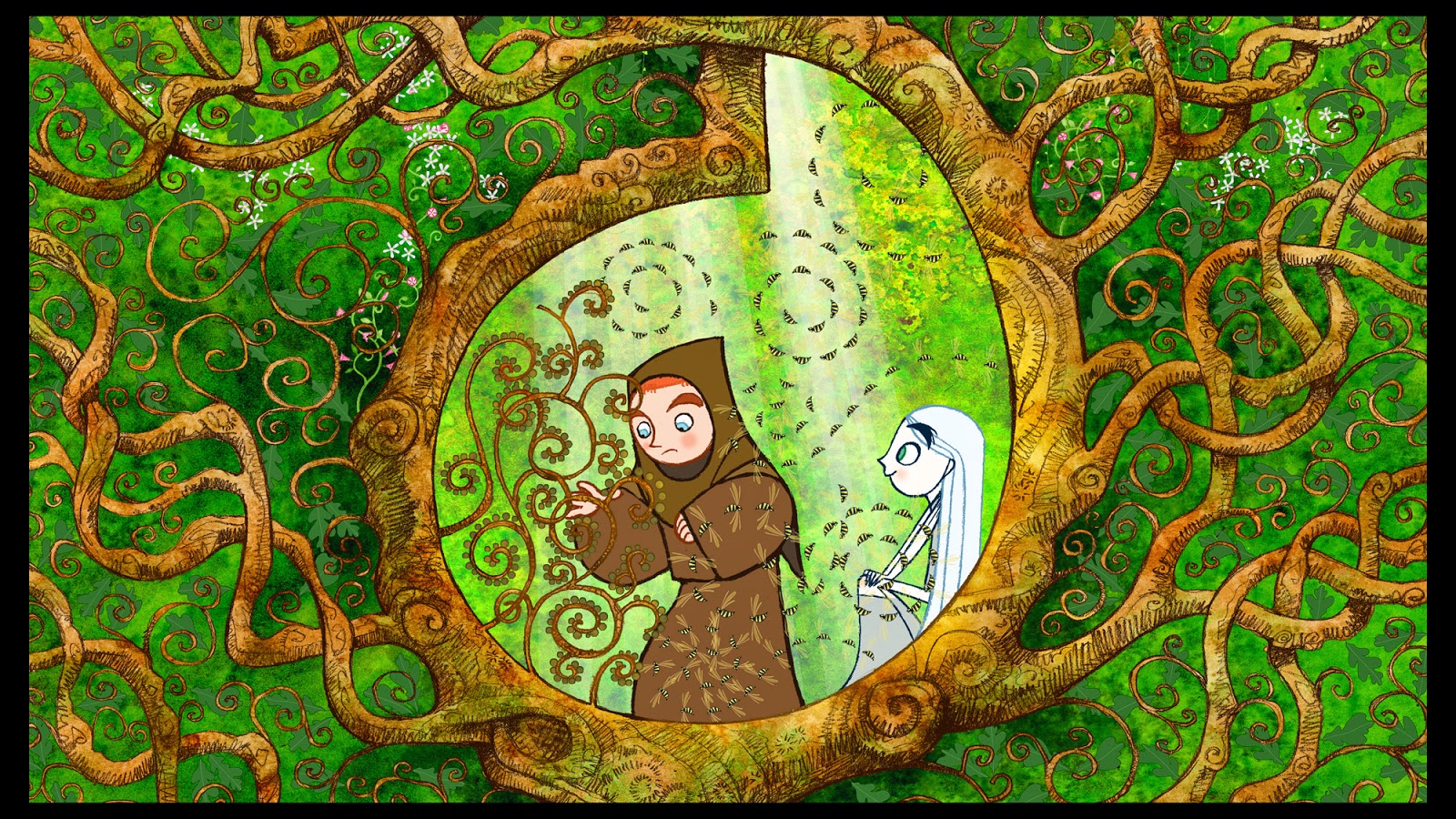 The Secret of Kells (2009)
The Secret of Kells got an Oscar nomination, but in a world where Oscar winners quickly fade into the aether, I fear for its longevity. It should last. Hell, it should be taught in schools. There is no animated movie like this one. It tosses out the tropes of 3D and backtracks to show what is possible in a flat dimension. Appropriate that the story involves Ireland’s mythic Book of Kells, because the images resemble ancient illustrations from a proto-medieval text, brought to life via modern animation techniques. The result is deeply stylized and intensely, eye-poppingly beautiful. The plot is all well and good (vikings! Forest spirits! Brendan Gleeson!) but Kells is really about color, motion, and intense attention to detail. It’s deceptive. It looks cute on the surface but its elegant maturity bubbles up as you view it. Don’t take my word for it, see for yourself. This is one cartoon where you don’t even need the excuse of having children. 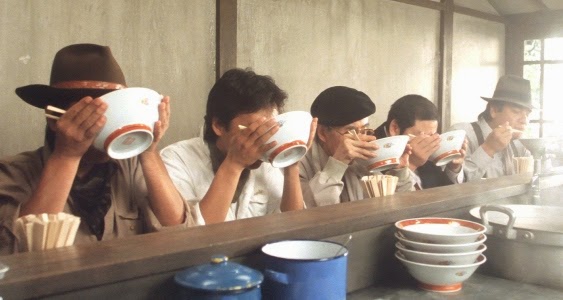 Tampopo (1985)
Japan is weird. I’ve said it before, and now I can just let Tampopo speak for itself. This offbeat foodie flick is a parody of American westerns, but unlike our idea of parody, Tampopo is less about reference jokes and more about having fun with archetypes. The main plot follows a struggling single mom as she attempts to create the perfect Tokyo noodle shop with the help of a cowboy-like trucker. What makes Tampopo special are its side plots, which are almost more like Monty Python sketches, all involving food. A gangster and his girlfriend treat eating as a sexual fetish. Women take an ill-fated class on how to sup as “quietly” as Americans. A hapless intern humiliates his bosses with his knowledge of gourmet dining. A lot of these scenes contain surrealist elements. Tampopo is not conventionally hilarious, but what it does is whip up an appetite. It’s a film by food lovers, for food lovers, presented as a series of succulent cinematic morsels. Don’t watch it on an empty stomach -- you’ll be diving for your takeout menus. 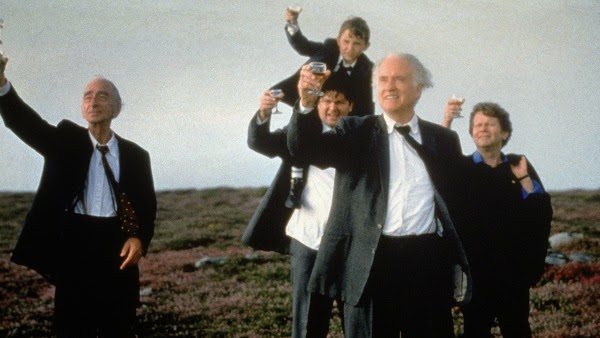 Waking Ned Devine (1998)
Some of the entries on this list may be a tad hipsterish, but our closer, Waking Ned Devine, is a film without guile, sweet and delightful. In the Irish village of Tullymore, where the population is in the double digits, local geezer Ned Devine drops dead upon learning he has won millions in the lottery. The rest of the village honors Ned in the best way possible: by constructing an elaborate ruse to fool the Powers That Be, nab the prize, and share it equally. This flagrant act of lawlessness leads to some hilarious cat-and-mouse games with the derpy lotto officials, but it also allows us to fall in love with the colorful residents of Tullymore and root for them way more than we’d ever root for Danny Ocean and his numerical posse. This heist is full of heart, and the titular character’s name is a good metaphor for how the pieces of the Tullymorians’ plan fall into place (the fate of the sole villainous character definitely suggests the playful hand of God). It’s a movie that makes you feel like good people really do get their just reward sometimes. Divine.

Now copypaste this list and watch all these movies. I don’t care how, torrent them if you must, just DO IT. You’ll thank me.
Posted by Dang-Blasted at 8:00 PM