To Squee Or Not to Squee: A Song of Ice and Fire 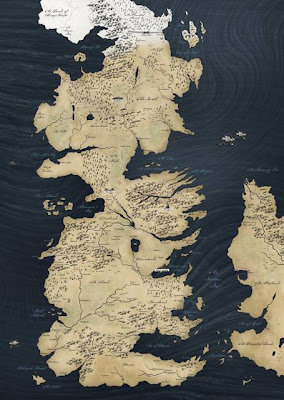 Checking another one off the Cautious Enthusiasm list! Well, in part. You’ll see.

I think I underestimated my own ridiculous tendency to devour literature with the enthusiasm of Pac-Man on meth. For the past month, I’ve been pretty much reading nothing but the first three volumes of A Song of Ice and Fire, George R.R. Martin’s celebrated fantasy series, which is currently enjoying a second incarnation as the HBO series Game of Thrones. If anyone’s amazed I got through over 3,000 pages in a month, well, it’s not just my mad skills, it’s also that these novels grab you and DO NOT LET GO. Just a few chapters into the first one, I was like, yeah, I’m lost. And when I finished it, any plans of taking a break before diving into the second volume? Gone out the window. As with Lord of the Rings, it’s all one big story that doesn’t pause for breath between each volume. But LotR never had this much gruesome gore, sexual hijinks, soul-destroying plot twists, dwarf jokes, main character fatalities, epic fuck-you moments, and incest babies. There’s only one character in the series (Sansa Stark) who thinks she’s in a romantic, highfalutin Tolkien story, and the response of the author is to grind poor Sansa into a whimpering pulp over and over and over. It’s...kind of amusing. Sorry.

The first three volumes -- A Game of Thrones, A Clash of Kings, and A Storm of Swords -- work pretty well as a trilogy, though you can bet your ass that the ending of A Storm of Swords, which I just reached today, contains enough HOLY SHIT moments to make me want to snap up the next book right away. I’m forcing myself to take a break. There’s just so much to digest. To sum it all up VERY briefly (and without spoiling anything major), the series takes place mostly in Westeros, a fictional medieval world based heavily on European history and mythology. We jump right into the middle of things; the current king hasn’t held the throne all that long, after either usurping it from the noble Targaryen family or rightfully rescuing it from the fucknutters Targaryen family, depending on who you ask. When (minor spoiler alert, though it’s pretty predictable) the king dies, the resulting power vacuum turns Westeros into a deranged chessboard with five or six different factions grasping at the throne. (Are you Team Robb? Team Stannis? What...you’re Team Greyjoy? GET THE FUCK OUT.) Much of the narrative revolves around the Stark family (two parents, five kids, one bastard son, and some direwolves), who start out ruling the northern fortress of Winterfell and end up scattered to the winds. Toss in a creepy undead horde lurking behind the giant ice wall at the northern border of Westeros, and an exiled Targaryen princess and her three baby dragons planning revolution from across the sea, and you have a story that makes us damn glad wikis exist.

What makes these books so good, when so many high fantasy novels are...well...utter shit? Well, in part it’s because Martin is a solid writer who has little interest in copying the aesthetic of Tolkien. His prose is lean and gripping, even when he’s rattling off endless lineages. His world feels so real; you can tell how much time he’s spent building the history, the geography, the backstory of each major family. Magic and the supernatural exist in Westeros, but they’re just the tasty frosting on the cake; mostly it’s about the characters, their relationships, and how they move through the plot. Absolutely nobody is perfect; there are clear heroes and villains, but the heroes make mistakes and do cold-as-fuck things, and the villains are often not without sympathy. There’s no “Dark Lord” that everyone can hate, nor is there an Aragorn who never strays from the path of light. It’s a harsh place where no one is spared misery and tribulation, and it feels all the more real for that -- even if it’s painful to read. Death is never far. At this point, it’s hardly a spoiler to mention that one of the main characters in the first book is killed before the end. It doesn’t end there; A Storm of Swords in particular has a couple scenes of such sudden, shocking, brutal tragedy that it’s hard to keep turning the pages. But the worse it gets for the good guys, the more we want them to fight, to overcome. And they do, sometimes in ways we’d never expect.

It’s been awhile since I was this invested in a fictional world. It’s hard to keep track of everyone and everything, but it pays off. And, y’know, you don’t need to remember every detail. If someone mentions that Ser Snofftoast Bubbletripe was just defeated at Tonsil Keep, and I have no recollection of who this dude is or why I should care, well, it’s okay. It’s a whole world. Worlds keep on turning no matter what, and any given person can only perceive a tiny sliver. I love how characters and events fade in and out of relevance in Martin’s narrative. A major subplot (who tried to kill Bran Stark?) may be shelved for awhile, then dusted off when new information comes to light. A character (Theon Greyjoy) may have a minor supporting role in the first book, become a main antagonist in the second, and then not appear at all in the third, with only occasional hints as to what’s happening to him. And all the characters are also striving for information, so they constantly get to update each other (and us) about what all is going on. Yay for messenger birds! Seriously, though, it’s an utter pleasure to get lost in the series and wonder what in God’s name is gonna happen next, because there is often no way to tell.

So far, so awesome. I will continue to read the series, after which I will do what all the other fans do and sit around impatiently hoping that Martin will finish off the series before he dies of natural causes. I’ll also get to the TV show in time. Now that I’ve read the books, I can watch with amusement as non-book-readers react to what happens on the screen. (Four episodes till the Red Wedding....) Bottom line, I can proclaim myself a devoted fan of A Song of Ice and Fire. And it only took a month! Here’s to however many more months and years it takes to wrap the whole crazy mess up. More blog posts on this subject will happen. It is known.

UPDATE: More ruminations on this series can be found right here. 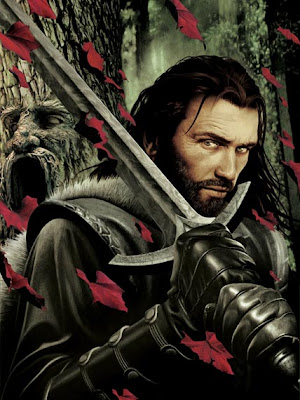