To Squee Or Not To Squee: American Horror Story 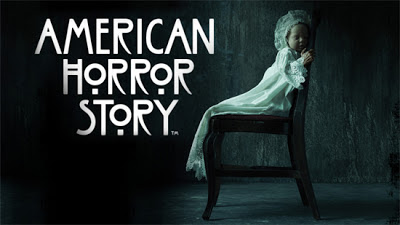 Returning once again to my Cautious Enthusiasm posts, here’s something I was looking forward to, yet simultaneously skeptical about. Now that I’ve experienced it, what’s my verdict?

People will sneer. A horror show? Why would anyone want to watch something as trashy, icky, dumb, and derivative as American Horror Story when they could be sipping a martini and imbibing Mad Men? C’mon, do I really need to make this argument again? The horror genre is awesome. It fills a void in our twisted little psyches. And television is one place where it’s very sparse. Because anyone could be watching, you can’t make the horror too horrific, lest you get attacked by packs of conservative mommies. That’s why it’s awesome that one thus-far successful horror series is rearing its head. I’ve just bulldozed through Season One, and while I personally wasn’t too scared, I had a blast.

You just have to put your eye-rolling on hold. This show is meant to be lurid and tacky. It’s not aiming very high. It doesn’t want to “redefine” horror, it wants to pay loving homage to the biggest horror tropes, which must work, because the genre recycles them over and over anyway. The very premise of Season One is the oldest in the book: dysfunctional family moves into vast, creaky old house where Awful Things Happened and the Dead Still Linger. Throw all the usual clichés in the cuisinart and you get a rather delightful explosion of kooky grue. We know there’s gonna be ghosts, but holy shit, this place is crowded! If you die in the Murder House, you’re bound to it forever, and most of the fun is in the various undead occupants who drift in and out of the storyline. Indeed, the living are rather overwhelmed; although we’re supposed to care about the Harmon family (Connie Britton as the weary mom, Dylan McDermott as the tail-chasing dad, Taissa Farmiga as the pouty teen daughter), we really just want to see them get jerked around by ghosts and ghouls. And they do. From the shape-shifting maid to the rapist in the rubber fetish suit to the whatever-the-fuck-it-is lurking in the basement, there’s no rest for the living. And, oddly, it’s funny. The grimmer the story gets, the more perverse humor is squeezed from the scenario.

I think AHS succeeds because of that tongue-in-cheek attitude it has to horror. I’m not sure I’d want to watch it if it were totally straight-faced. But it throws so many bizarre, WTF details in our faces that you just have to laugh. Fireplace poker up the ass? Okay. Stitched-together demon babies? Sure. Killing off the character with Down’s Syndrome? Wow. Fuck political correctness, eh, Ryan Murphy? But if you’re attentive, you won’t get mad because you see how hard the show is winking at you. There’s this balance of realism and kookiness that works surprisingly well. The creepiest thing in the show isn’t any ghost or monster, it’s the character of Tate (Evan Peters), a deeply scarred and psychopathic teenager who segues between teary-eyed pathos and cold murderousness in a manner that’s way too true to life. On the flip side of the coin is Jessica Lange, who waltzes away with every scene she’s in as the Harmons’ tortured, acidic grande dame of a next-door neighbor. She’s basically the villain, yet she’s so fun to watch that we root for her over the poor hapless protagonists. The supporting cast is good too; gotta love Zachary Quinto as a snarky undead gay dude and Christine Estabrook as a cynical, bitchy real estate agent, to name but a couple. They picked the right actors and actresses to romp about their haunted playground.

Perfect show? Nah. I was not a big fan of McDermott as the cheating husband; he does okay at times but is a bit campy otherwise. Yeah, Jessica Lange is campy too with her Tennessee Williams-style delivery, but she makes it work while McDermott edges toward Keanu-Reeves-in-Dracula doofusness. Also, the more ghosts are packed into the house, the sillier it gets; how they hell do they even have room to move? A more solid explanation of the Murder House’s “rules” would have been nice; sometimes it felt like they didn’t care how anything happened, as long as it happened. And we’re teased with a, shall we say, biblical plot twist that’s never resolved -- and may never be resolved, as each season of AHS tells a totally different story. (Which, by the way, is a cool idea that I’m onboard with.) So don’t expect the show to break new ground. But do expect it to scratch that horror itch, because it satisfied mine to the fullest. I’m so pumped for the asylum-set Season Two, and to learn what weird places they’ll go from here.

VERDICT: A big squee, partly of chills but mostly of thrills.

(PS: I plan to recap Season Two of American Horror Story episode by episode, as I did with the final season of Lost. Thou hast been warned.) 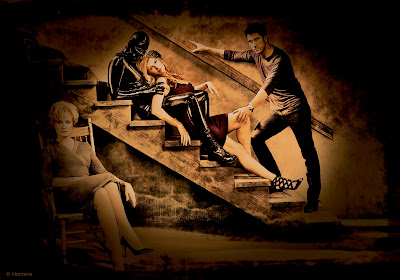