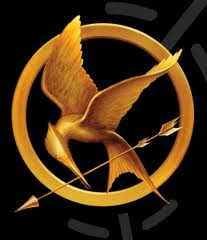 I recently got around to reading Suzanne Collins’s Hunger Games Trilogy and thought it was damn good. She knows how to tell a gripping story, that’s for sure; I had to read each book in one sitting. The adventures of Katniss Everdeen, a girl forced to compete in televised bloodsports in a dystopian future, have captured people’s imaginations all over the world and proved a wonderful antidote to the dreary romantic sludge of Twilight. To any young women who might read this, let me assure you that the steely, resourceful Katniss makes a much better role model than mopey Bella Swann and her dependence on clingy, borderline-abusive vampire men. I’m hoping you’re smart and knew that already.

Needless to say, The Hunger Games is being made into a movie series. Also needless to say, I and many, many others are waiting with bated breath to see if they fuck it all up. Casting will be key, as The Hunger Games is hugely character driven. All manner of candidates have been bandied about. Now that they’ve actually begun casting, I’m going to keep this blog updated with each new role and what I think about the choice of actor.

The Role: Katniss Everdeen, the heroine and narrator. A sixteen-year-old from District 12 (a poor, coal-mining slum in what used to be Appalachia), Katniss illegally hunts and forages to feed her mother and sister. When the latter is picked to be in the titular annual killfest, Katniss volunteers to go in her place. Over the trilogy, she becomes Public Enemy No. 1 of the ruthless Capitol, winds up a pawn of the resistance movement, and (of course) is torn between two hot guys. It’s much less insufferable than Twilight, however. Good thing they cast Katniss first, because the entire story is literally seen through her eyes. 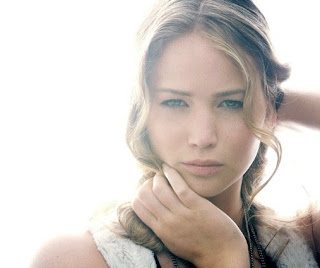 The Actress: Jennifer Lawrence, recent recipient of a Oscar nomination for Winter’s Bone, in which she plays -- get this -- a steely, resourceful teen girl from Appalachia who’s in charge of providing for her family. How convenient!

My Approval Rating: 7.5 out of 10. The angry voices of the fans are raised, crying, “Too old!” Lawrence is 20, which isn’t that much older, but still. Also, she’s blonde and lovely while Katniss is skinny, dark-haired, dusky-skinned, and tomboyish. However, I’m willing to give Lawrence the benefit of the doubt; she’s proven she can act, and seems smart enough to throw herself into the role. Dye the hair, lose the curves, learn archery, and she’ll make a proper Katniss. And after all, adults have been playing teens in movies since time immemorial. I’ll support Lawrence, though I’m curious to see how she handles the upcoming X-Men prequel, in which she plays young Mystique, i.e., young Rebecca Romijin, i.e., a total sex bomb. Can she do blockbusters? We shall see. But I’m hopeful. 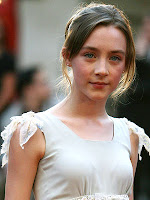 Who I Would Have Picked: Jodelle Ferland or Saoirse Ronan, both of whom are actually sixteen. I heard Ferland was campaigning for the role, and the thing is, she looks a lot like Katniss already. And I thought she was good in Silent Hill. Her problem is that she was also in the Twilight franchise, which damns her in the eyes of Hunger Games fans. I gotta admit, I think it would’ve been kinda hilarious to rouse their ire by casting her. As for Ronan, she’s also got the Oscar nom, but has the issue of A) being Irish and B) having light hair, creamy skin, and pale blue eyes. It’d take a helluva makeover to turn her into Katniss, but I’m confident she would have pulled it off. Oh, well. Maybe one of these girls can snag a different Hunger Games role.

Stay tuned for more casting news! I’m biting my nails over the two male leads, Peeta and Gale. I swear to God, if they fucking cast that buffalo-faced lunkhead, Alex Pettyfer, I will throw such a tantrum.
Posted by Dang-Blasted at 10:48 AM