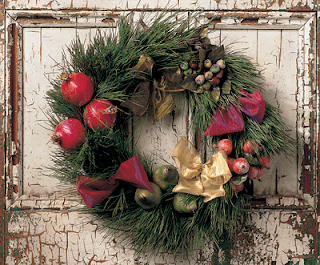 We’re into the Christmas season, yay! Whether or not you’re a Christian, whether or not you actually celebrate this holiday, you must admit that Christmas is deeply ingrained into our culture. Yeah, it’s very commercialized and kitsched up (especially in the USA), but most of us love it anyway. We love the giving and receiving of gifts, the ability to reward ourselves for another year of getting by (and, hopefully, to offer some help to those who can’t get by), the sparkle and colors and cheer -- and, of course, the tradition. Every family that celebrates has certain rituals that they must observe to make it a proper [insert family name here] Christmas. In the modern world, many of these rituals revolve around movies, stories, music, TV, and other facets of pop culture. I figured I’d get in the spirit of things by sharing my own pop cultural Christmas traditions. One way or another, these things have to happen in my household every year, or it doesn’t feel right. Grab some eggnog!

The Muppet Christmas Carol
Everyone knows Charles Dickens’ classic morality tale, and these days, folks are just as likely to pop in one of the many, many film adaptations as they are to read the book. For my family, it’s always the Muppets’ take on the story. We ADORE this version. Not only is it packed with the trademark zany humor of the Muppets, but it’s actually quite faithful to the original text and respects many of its darker aspects. Scrooge is played by Michael Caine and he’s just great; he stays serious and shows us that Scrooge is a damaged man rather than an evil man. Gonzo and Rizzo the Rat do a double act as Charles Dickens and Rizzo the Rat (respectively), Kermit and Miss Piggy are the Cratchetts, the two cranky old guys play the Marley Brothers, and Scrooge’s three ghostly tour guides are vividly realized as original puppet characters. Now, this was the first Muppet movie made after Jim Henson’s death and you can kinda see the start of a decline in quality...but as an adaptation of A Christmas Carol, it’s brilliant and we just have to watch it every year. 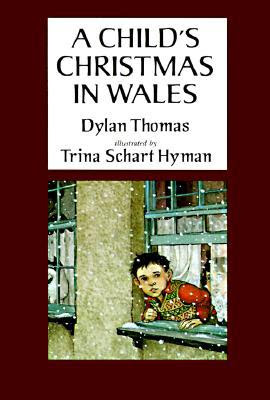 A Child’s Christmas in Wales
If you haven’t read this book, you should do so right now. I’ll wait. Don’t worry, it’s short. Dylan Thomas was an absolutely incredible writer and his poetic prose, with its dreamy run-on sentences, will suck you right in. He recalls how it was to be a boy growing up in a small coastal village in Wales, shrouded in snow and silence, each household a warm little cocoon. Like A Christmas Story, it faithfully recreates the child’s view of the holiday: everything slightly stylized, the colors brighter, the anecdotes given mythological heft. It’s very funny, especially in the description of the presents (which include “a little crocheted nose bag from an aunt, alas, no longer whinnying with us”), and also a bit mysterious at times. Christmas itself seems like an unknowable entity, hiding at the edges of the text. All in all, beautifully told. My folks and I throw a little party every Christmas Eve and everyone sits around and reads A Child’s Christmas in Wales, passing the book from hand to hand. If we dared to leave it out, there’d be a riot. It’s that awesome.

The Christmas Revels
This is a pageant performed every December, set in some past time period and featuring a mix of traditional songs, music, dancing, acting, stagecraft, puppets, and pretty much anything else they can cram onstage. The modern Revels movement was developed at Cambridge by music scholar John Langstaff and is now performed by many troupes across the US. Our local version, Revels North, puts on their show at Dartmouth College. Now, I’ll be the first to admit that the Christmas Revels is pretty cheesy. It forces good cheer down the audience’s throat and presents a pretty cloying view of our jolly ancestors. But, you know, part of celebrating Christmas is putting one’s cynicism on hold for awhile. The Revels are fun, we go every year (signing up as ushers to get free admission, mwa ha ha!), it’s always pretty much the same, and I wouldn’t have it any other way. I was actually in the show myself a few years back, playing a character in a Russian folktale. Damn, was that fun. You’re up onstage with a small army of mostly amateur performers, and everyone, Revelers and audience alike, is just having a whopping good time. That’s Christmas spirit for ya! 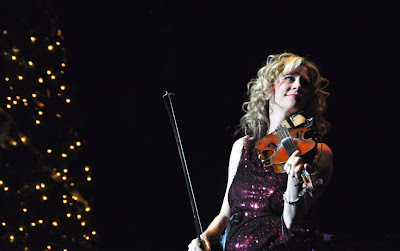 Holiday Music
You know it’s inevitable: the season begins, and so does the music. Carols. Syrupy songs about Santa written in the 1950s. “Novelty” songs in which mothers have affairs with Mr. Claus and grandmothers get murdered by wayward cervines. I’m not saying all these songs are bad. Many are delightful. In my household, however, Christmas tends to arrive amidst the sound of harps, fiddles, bagpipes, accordions, and mandolins. Mine is a family of shameless Celtophiles and so our ideal Christmas music comes from Ireland, Scotland, and eastern Canada. These regions produce some of the loveliest and liveliest music in the world, and are ideally suited to take on traditional holiday tunes. Yeah, we’ve got some retro stuff too (Joan Baez! On vinyl!), but we also have a towering stack of CDs featuring the Christmas of the Celts. I strongly recommend the haunting pipes of Canada’s Loreena McKennitt (look her up, trust me). And speaking of Canada, one thing everyone should do in their lifetimes is catch a Christmas concert featuring the music of Nova Scotia. The fiddle playing alone will blow you out of your seat. 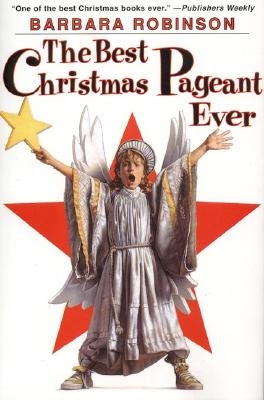 The Best Christmas Pageant Ever
This last holiday tradition is mine alone. I’m pretty sure that my favorite Christmas-themed book of all time is this one by Barbara Robinson. The Best Christmas Pageant Ever is about the Herdmans, a group of mean, dysfunctional elementary school siblings who wind up cast in the lead roles in the annual Sunday School pageant. I love this book because A) it’s really funny, B) it’s respectful to the birth of Jesus while still maintaining a streak of cynicism, and C) it has a really good message about Christmas without getting too preachy or sentimental. The Herdmans are a truly unpleasant bunch of little shitheads, but they grow oddly endearing. They start out knowing jack-all about the Nativity Story, but quickly come to identify with the impoverished and outcast Holy Family. The main point this book has to make is that Jesus and his parents were people, ordinary folks gifted with something extraordinary. Not only do the awful Herdmans clean up their act a bit, but they help all the “normal” kids and adults realize that Jesus represents everybody, rich or poor, clean or grubby, jaded or innocent. I’m no Christian, but I strongly support the message of Jesus Christ, as long as it’s presented in its original, true words. It helps us be better people and help each other out. Nothing wrong with that. The Best Christmas Pageant Ever is a great book to read to children. They’ll laugh a lot, and maybe gain a little wisdom.

I hope everyone has a happy holiday season!
Posted by Dang-Blasted at 5:30 PM