Oscars, pt. 2: The Part Where I Get Mean

Hey, everyone, let’s play a little game! It’s the one where we examine certain events from this year’s Oscar show and compare what the old rich white men of the Academy want us to think, versus what we (and by “we” I mean “I”) actually think. Ready?

THE EVENT: Billy Crystal hosts the show exactly the same way he has hosted it eight times before and includes all the routines he always does, such as inserting himself into the films, acknowledging every Best Picture nominee in a song-and-dance routine, and pretending to read audience members’ minds.
DESIRED MEANING: Hey, everyone, it’s that lovable and charming rouge, bringing back all the hilarious gags we remember so fondly and reminding us why he’s so popular as a host!
REAL MEANING: After the Brett Ratner/Eddie Murphy fiasco, we are officially terrified of change. You ungrateful shits hated it when we tried to be “hip” last year? Fine; from now on, we toe the line like our lives depended on it. Fuck yourselves. 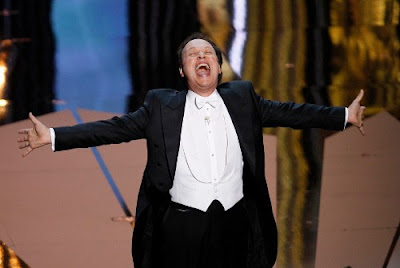 THE EVENT: In the one big upset of the evening, Meryl Streep wins Best Actress over Viola Davis.
DESIRED MEANING: Meryl Streep is a stupendous actress and it’s high time we recognized her once again!
REAL MEANING: We are so not comfortable with two black chicks winning in the same year and we prefer the one who had the fried chicken monologue.

THE EVENT: Hugo sweeps the technical awards, winning for Cinematography, Art Direction, Costumes, Sound, and Special Effects.
DESIRED MEANING: Let us bestow all sorts of accolades upon this wonderful film!
REAL MEANING: Awww, how cute, Marty made a kiddie flick. Well, Marty, we all know that we’d never seriously consider it for any major awards, but since you’re so earnest about this little side project, we’ll give you some prizes that nobody cares about. How’s that?

THE EVENT: Kermit and Miss Piggy make a brief appearance, introducing Cirque du Soleil.
DESIRED MEANING: Okay, okay, here’s some Muppets. Stop complaining.
REAL MEANING: Actually, we’re punishing you for asking us to do something new and original by having the Muppets be hosts or even guest performers. I know everyone loved their movie, but we couldn’t give two shits about movies that the general public actually liked and went to see. Does it show?

Sigh. Can you tell I’m kinda over the Academy Awards? 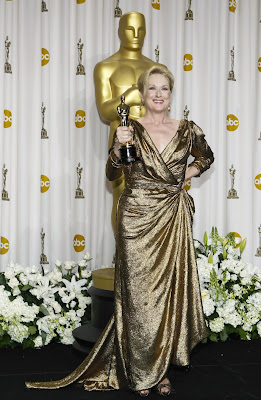 I’m sorry. I didn’t intend for this to be a mean, bitter post. I was gonna compare the good things and the bad things about the show. But I hit a couple snags. First of all, I haven’t actually seen the entire telecast yet; that’s what comes of living in a rural location with no ABC in your house and no friends who care enough. Secondly...ugh, after reading up on the winners and highlights and all, I just don’t care. Nothing was surprising. Everything happened that we expected to happen. Dammit, in my clueless optimism, I wanted SOMETHING to surprise me. The only surprise was an unwelcome one, Viola Davis’s loss. And I can’t even hate on Meryl because she’s so humble, charming, beautiful, and witty. AAARGH.

The Oscars are stagnating. Nothing the Academy does can make them any more interesting, nor hide the fact that they’re hopelessly out of touch. They can widen the Best Picture pool so films like District 9 or Up have a shot at a nomination. They can bring in James Franco to do his lovable stoner schtick. They can shorten the bloated ceremony by eliminating musical numbers. But none of it changes anything. They are old white guys who neither know nor care what we, the people, like to see in films. Yeah, I know, most Americans are idiots who march blissfully into the latest movie about loud, licensable robots exploding over some girl’s giant knockers. But what about the last Harry Potter film, which got the best reviews of the year? What about Drive, a violent crime thriller that united highbrow and lowbrow audiences? What about those Muppets, or the fact that Mission: Impossible 4 turned out to be a zillion times better than anyone expected? What about Bridesmaids? What about Source Code? What about 50/50? WHERE IS THE RULE THAT SAYS THESE MOVIES ARE UNWORTHY OF NOTICE?

I’m delighted that we live in a world where it’s now possible to make thrillers, comedies, animated films, fantasy films, even horror films, that are embraced by audiences and critics alike. But the more the Academy pretends this is not the case, the more they let the pretentious arthouse flicks and cliché-ridden period dramas hog all the little naked golden men, the louder our angry rumblings get. Among lovers of film, they are the 1%.

I’m as mad as hell and I’m not going to take this any more. 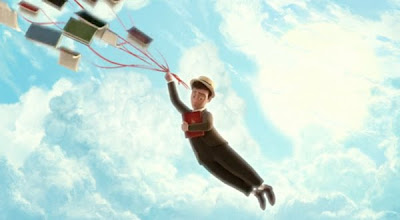 Look, I’m not utterly disgusted with this year’s Oscars. Most of the winners did deserve their wins. Apart from Viola’s loss, I had no problem with any of the choices. I was delighted that the wonderful animated short, The Fantastic Flying Books of Mr. Morris Lessmore, got the prize. Billy Crystal is a very funny man and a joy to watch, even when he’s recycling. I really like Cirque du Soleil. Jessica Chastain’s dress was awesome. And when I finally do get to see the show, I’ll probably find a lot to laugh at and enjoy.

But in Big Picture terms, I don’t like the Oscars the same way I did five years ago, or even two years ago. They’re stuck in a terrible rut. Everyone knows it. And now it seems like they’ve just given up trying to appeal to anyone but themselves. Remember when they briefly grew some balls and awarded Best Picture to Slumdog Millionaire? Those balls shriveled pretty fast. Maybe we should take these tired old steers out to pasture and bring in some young bulls who listen to the people’s opinion and reward not only the films we respect, but the films we adore. 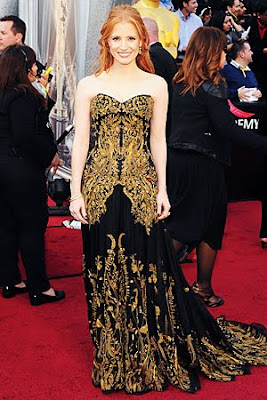