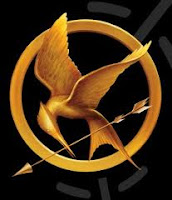 Oooh, here we go. The adult roles! This is where things get interesting. Will they try to pull in some A-list talent, or play smarter rather than harder and hire people based on how well they embody the characters? Judging by their casting decisions so far, I’m guessing it’ll be the latter, and that’s just fiiiiiine by me! So, without further ado, two lovely ladies!

The Role: Mrs. Everdeen, the mother of Katniss and Prim. A much-loved local beauty, their mom becomes a shadow of her former self after her husband is killed in a mining accident. Katniss becomes the sole breadwinner for the family, and as such, holds her mother in mild contempt -- but Mrs. Everdeen has formidable medical skills that make her far from useless. 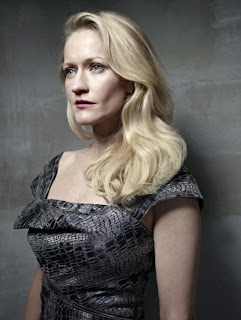 The Actress: Paula Malcolmson, who’s “That Actress.” You know who I’m talking about. That Actress who you always see in everything but can never quite ID. There’s many people who make a good living this way! She was in The Green Mile and has made guests appearances on ER, Deadwood, Lost, Fringe, Caprica, Law & Order: SVU, and Sons of Anarchy, among others.

My Approval Rating: 7.5 out of 10. I’ve only ever seen her on Lost, where she played a villain and got ignominiously shot by a Korean housewife. But successful character actors are usually successful for a reason, and she looks good for the part. I like her eyes. Just dirty her up a bit! 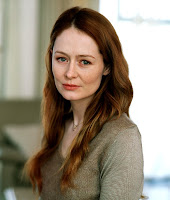 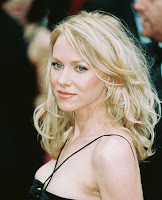 Who I Would Have Picked: I see Mrs. Everdeen as a formerly gorgeous woman, still fairly young, who has been prematurely ravaged by her circumstances -- someone attractive yet weathered and vulnerable. Someone like Miranda Otto, who I have a massive gay man’s crush on and who really needs to have a post-Lord of the Rings film career. Seriously. If not her, then a de-glammed Naomi Watts, one of those valuable Hollywood beauties who can also act really, really well. Watch King Kong and tell me I’m wrong, dammit.


The Role: Effie Trinket, the “escort” for District 12, whose job is to chaperone the unlucky Hunger Games tributes to their presumed date with messy death. Bubbly and ditzy, Effie has pink hair and favors loud, tacky suits. It’s no secret that she’d rather be working for a more glamorous district. However, as the story progresses, she and Katniss develop a genuine mutual fondness for each other. She may be dumb as paint, but Effie’s with the good guys. 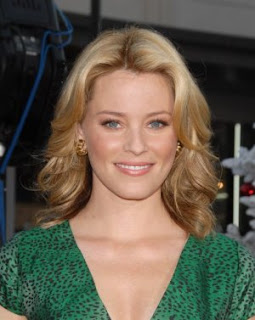 My Approval Rating: 8 out of 10. I’m pretty sure that everyone loves Elizabeth Banks, even when she’s playing evil characters or Laura Bush. Or should I say, evil characters like Laura Bush, heh. She’s blonde, she’s smiley-faced, and she’s hard to dislike, which are all important traits for Effie to have. My big issue is, I never pictured Effie as a particularly attractive woman. Oh, well. Hollywood has its standards.

Who I Would Have Picked: I was actually rooting for Kristen Chenoweth, solely based on her performance in Wicked. Also, she’s a huge HG fan and was angling really hard for the part. Come on! You let her down, casting people! And you let us down! Eh, but Banks will be fine.


The Wall of Doomed Children:
In addition to the above gals, they’ve been steadily casting more of the tribute roles. I’m not going to examine each one individually because these are not important characters. They don’t even get names. And every single one of them is going to die in this movie. Every single bloody one. Still, it’s nice to keep track. 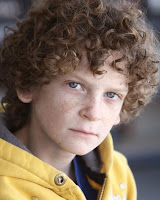 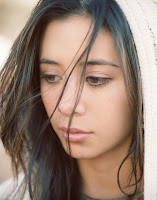 Here are Ian Nelson, Kalia Prescott, Ethan Jamieson, and Tara Macken, who will be playing the competitors from Districts Three and Four, respectively. I think it’s cool that they’re searching for kids who have a distinctive, striking look to them (as opposed to kids who all look like freakin’ Jonas Brothers). I also like that they’re casting actual kids. I mean, the big gut-punch of the story is how young these killers and victims are, how brutally their lives are cut short at the whims of the evil ruling government. I want to be upset when they die! Make it so!

Coming up: more important adult roles, including the vile President Snow; Haymitch, Katniss and Peeta’s drunken mentor; and Cinna, Katniss’s wise and wonderful personal stylist. And more! I hear John C. Reilly might be in the running...
Posted by Dang-Blasted at 7:28 PM